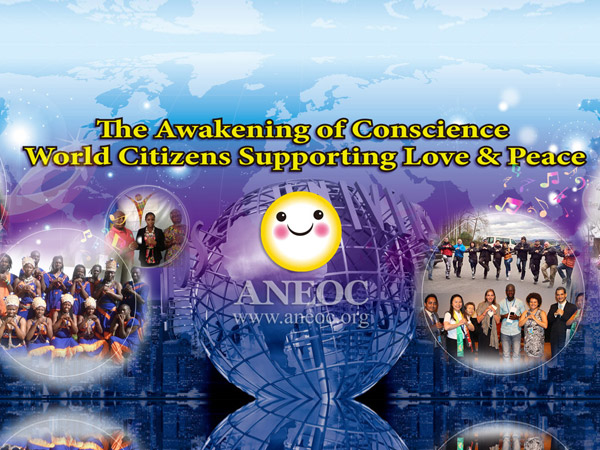 The Awakening of Conscience: World Citizens Supporting Love and Peace

This event is part of the ongoing global movement of "An Era of Conscience" . Over 300 people including Hollywood actors, musicians, film makers, and celebrities attended a red carpet event entitled “The Awakening of Conscience: World Citizens Supporting Love and Peace” at the Hilton Los Angeles/Universal City on June 6, 2015; 150 volunteers from Asia, the United Kingdom, Canada, northern California, and the greater L.A. areas, traveled at their own expense to Hollywood to facilitate this event which combined the cultures of the West and the East. Congratulatory notes from U.S. President Barack Obama, former U.S. President Bill Clinton, former U.S. Secretary Hilary Clinton, Prime Minister of Canada Stephen Harper and Bill Gates Foundation were also been received. 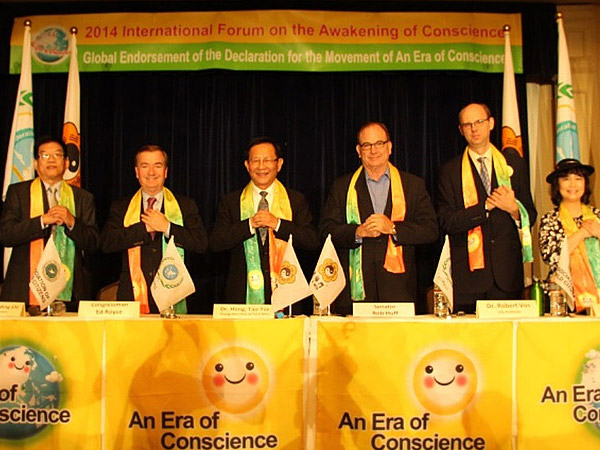 2014 International Forum on the Awakening of Conscience

Conscience is a crucial piece of the puzzle for love and peace. Allowing our conscience to be awakened to save the world is the best opportunity and the last chance for mankind. The qi-gong practitioner is able to sense the minor changes of the energetic fields. Our living environment is cracking (crumbling) due to man-made destructions. We are perched on the edge of a dangerous cliff; conscience is the only way to salvation. Having clear consciences and adapting pragmatic methods for improving ourselves, the positive forces will purify and resolve the unseen looming tragedy. Let us live our lives with sincerity, encouraging others through kind words and making amends by courageously taking righteous actions. With a guilt-free and indomitable spirit, we can jointly create an era of love and peace for humanity. 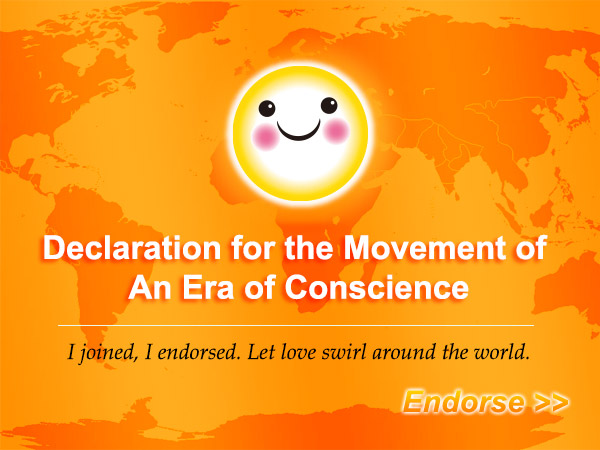 Declaration for the Movement of An Era of Conscience

Therefore, it is resolved that An Era of Conscience is the key to sustainable future. World leaders are expected to cooperate along the line of conscience to strengthen the partnerships to protect the earth, enhance collective welfare for humanity and create a world of peace for all. The golden opportunity to inspire the conscience in everyone's heart is with us in 2014. Now is the time to utilize energies of kindness and conscience to pave the way to sustainability. We all play a role in leading people to work jointly to counter the sufferings of all living creatures. Let's plow the seeds of goodness to create the virtuous cycle by entering into the era of conscience. 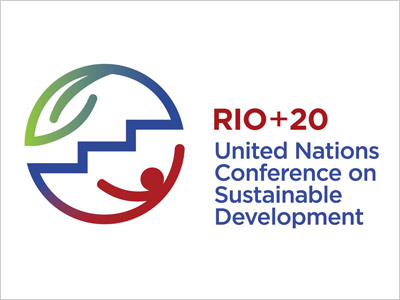 Reverberating sound of bell crossed the sky of Brazil. The crystal sound of the bell cleaned people's hearts and instill positive energies. At 18:30 on the June 21, President of Costa Rica, H.E. Laura Chinchilla Miranda rang the bell of love and peace in Rio+20 at HSBC Arena. H.E. Laura Chinchilla Miranda made the wish for Costa Rica, for Rio+20 and for the sustainable development of the world, "For peace to prevail among the peoples of the world and between human beings and nature." 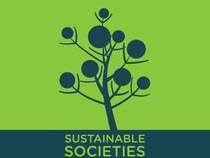 People in the 21 st century posses the majority of the earth's resources and technology; we have the capability to make sustainable development a reality and make human beings free from want. Through sharing and experience of the 2011 World Summit of Love and Peace for Sustainable Development and a dozen seminars on Sustainable Living for World Citizens held by FOWPAL, AWC, and Tai Ji Men Qigong Academy, we know that world citizens need to have five essential treasures: wisdom, balance, health, love, and peace.