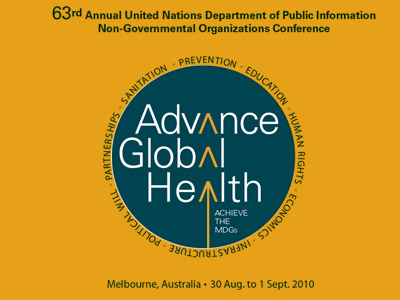 How do non governmental organizations facilitate the implementation of millennium development goals in the face of global financial crisis? The 2010 World Summit on Human Rights for World Citizens was held at 6:30pm on August 31 at the Crowne Plaza Hotel in Melbourne , Australia , jointly by UN/NGO Association of World Citizens, Federation of World Peace and Love and Tai Ji Men Qigong Academy. The Summit was attended by more than 100 participants from diverse countries to discuss and share the experiences of NGO actions in achieving MDGs. 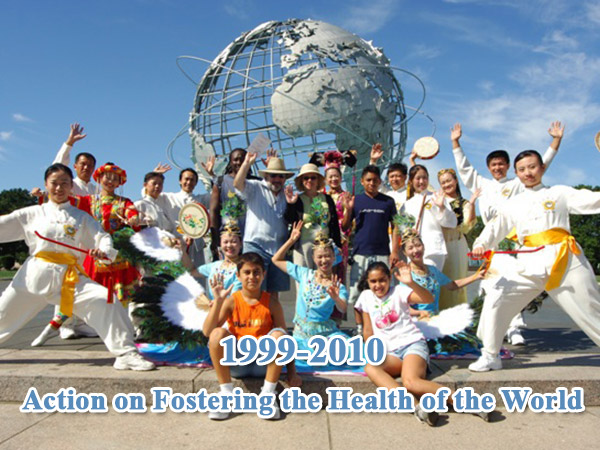 The key to change world destiny is kindness and compensation.

As long as we all turn to good thoughts, we can move the world. The change has to start from within. Good thought and kind intention is a force links Heads of State, civil societies and world citizens to take action on fostering the health of the world.

Connecting the positive forces and assembling the wisdom from all, we will create a safety net for mankind’s future survival. 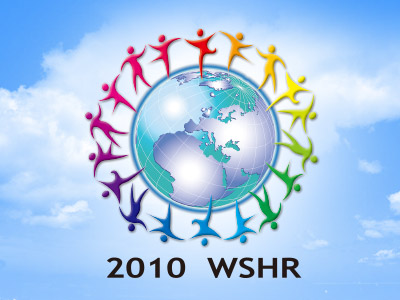 A Thought and Action Entering the New Era of World Citizens

On the 9th anniversary of World Citizenship Day in Taiwan, the UN/NGO Association of World Citizens and AWC Taiwan co-host the 2010 World Summit on Human Rights for World Citizens on April 1, 2010 and invite global elites to contribute to the issues of global health as it closely relates to the attainment of the United Nation's Millennium Development Goals (MDGs) and echoes the implementations of the Universal Declaration of Human Rights, the International Covenant on Civil and Political Rights and the International Covenant on Economic, Social and Cultural Rights around the world. 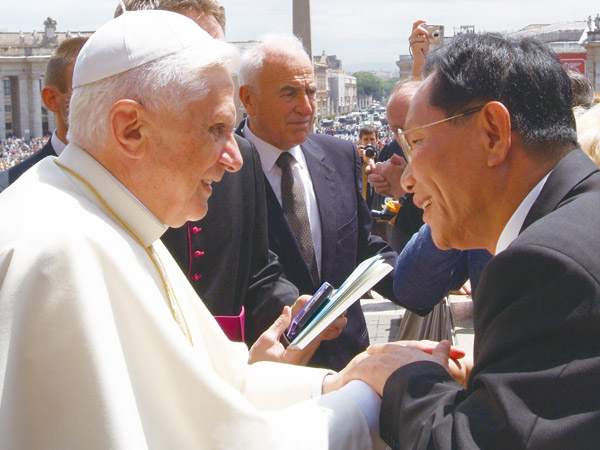 FOWPAL was invited to participate in the cultural exchange activities held in Rome, Bologna, and Amsterdam. During this trip, Dr. Hong met with Pope Benedict XVI in Vatican and they had a short peace talk then. Right witnessed by hundreds of thousands of people, the Bell of Peace Ringing Ceremony was solemnly held. The resonance of the Bell reverberated in the people's heart. Another focus is that Dr. Hong had peace talks with Renato R. Cardinal Martino, President of Pontificium Consilium De Iustitia Et Pace, and Comm. Dott. Tito Lucrezio Rizzo, a political advisor to Italian president and professor in Department of Law in Roman University III. They shared experience of love and peace and the idea of leading a country in economy, politics, culture, and so forth. 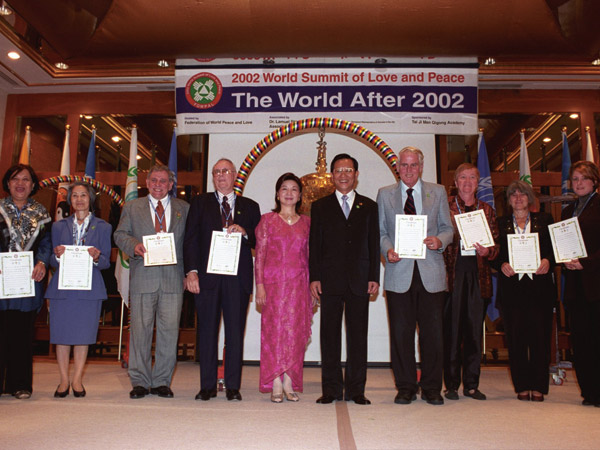