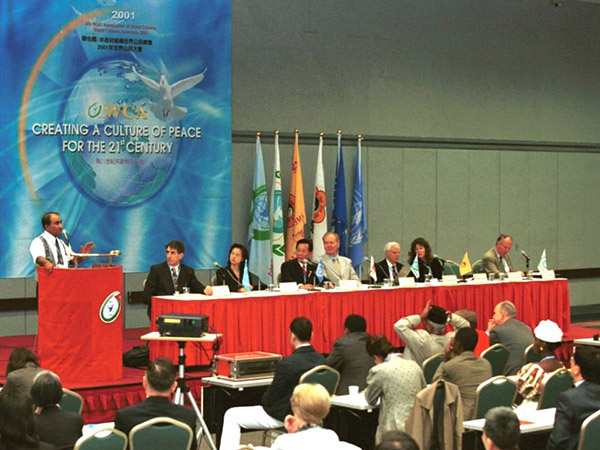 WCA 2001 has come to a successful close; however, this is not the end. It brings us to another turning point in promoting world peace. The Peace Declaration united the consensus of people from around the world. We hope to put the Declaration into action on a global scale to further peace in the 21st century, The campaign to collect signatures to support eh Peace Declaration is on-going globally.
On April 9, 2001, Dr. K. Elaine Valdov, Chaiman Ex-officio of the Executive Committee of NGOs Affiliated with United Nations DPI, received a copy of the Declaration which contained over 3,000 signatures to present to UN Secretary-General Kofi Annan.