Bringing Peace and Blessing to Andorra
- The Highest Country in Europe 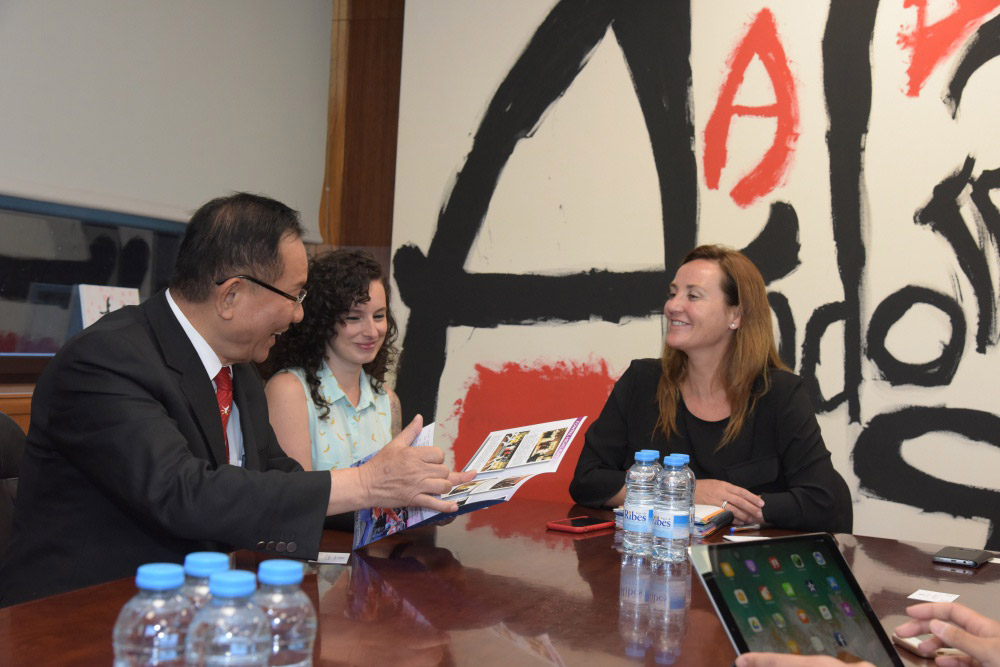 (Reported by Judy Lee, Andorra) On June 24th, 2018, the delegation of the Federation of World Peace and Love (FOWPAL) visited Andorra, the 84th country FOWPAL has visited to promote love and peace though cultural exchanges. With glorious mountains and an altitude of 1,100m (3,600ft), Andorra is the highest country in Europe. During the trip, Dr. Hong let FOWPAL  members to visit the Ministry of Education and Higher Education, the Ministry of Culture, Youth and Sports and attended Andorra’s annual celebration of San Juan with fireworks. According to Agence France Press (AFP), Andorra ranks first in The Healthcare Access and Quality Index . Andorra also ranks 4th in the world for life expectancy.

On June 25, the delegation visited the Ministry of Education and Higher Education, Ms. Cristina Pokora, representative of the Minister, expressed their sincere apologies since the Minister was not able to meet the delegation until early July due to prior engagements. Ms. Pokora showed admiration for Dr. Hong, President of FOWPAL, for his 52 years of dedication to world peace. She was also impressed by fact that FOWPAL is entirely self-funded, promoting love and peace through practice and leading by example in changing the world with their hearts. 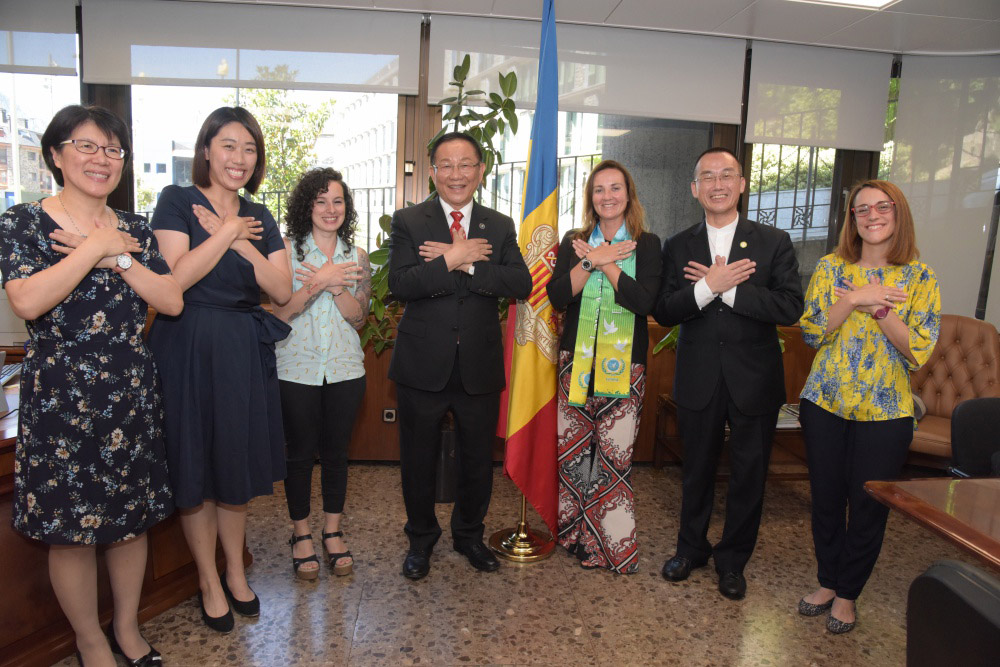 The delegation also visited the Minister of Culture, Youth and Sports of Andorra, Ms. Olga Gelabert, studied the history and milestones of FOWPAL prior to the meeting. While expressing her respect for Dr. Hong, Ms. Gelabert was pleased to know that Andorra was the 84th country Dr. Hong has visited to promote love and peace. During the hour long meeting, Ms. Gelabert mentioned that Andorra is a very fortunate country with little disturbance from the outside. She agrees with Dr. Hong’s idea that all countries should form good culture in order to establish good social education. With good social education, sound economy can be created. Ms. Gelabert stressed that Andorra also puts a lot of emphasis on cultural heritage. After learning how Dr. Hong has traveled the world with the Bell of World Peace and Love, inviting world leaders to ring the Bell and make wishes for world peace, Ms. Gelabert immediately stated that she hopes Andorra will be the next country to ring the Bell of World Peace and Love. At the end of the meeting, Dr. Hong cordially invited Ms. Gelabert to attend the World Leader Summit of Love and Peace to be hosted by FOWPAL in Vienna, Austria in October this year. Dr. Hong also extended the invitation to the Prime Minister of Andorra, hoping to aggregate collective good will for a world love and peace. 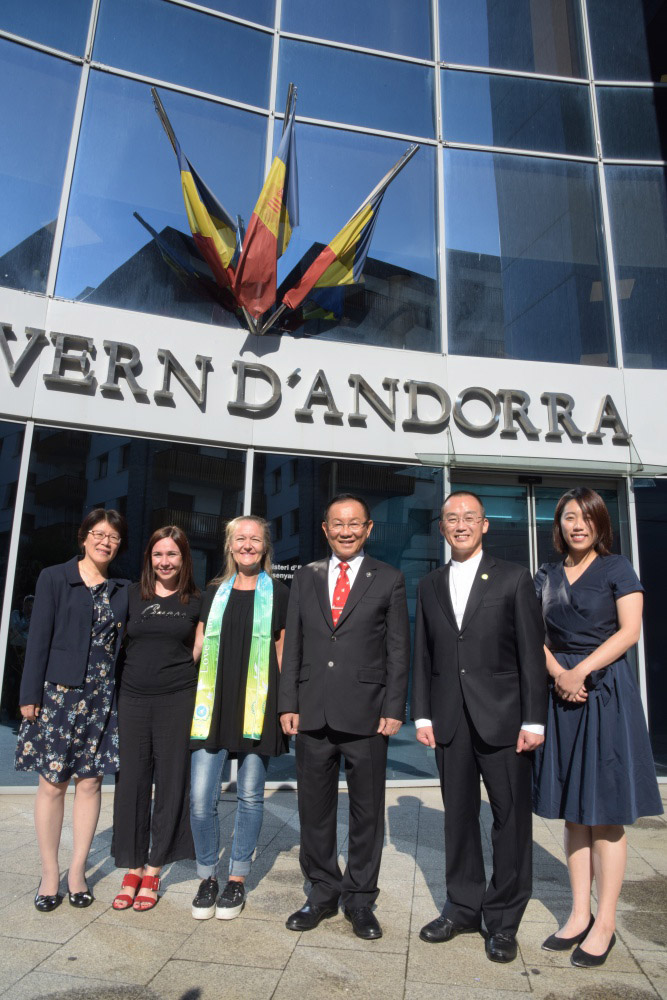 The FOWPAL delegation felt fortunate to have visited Andorra, the highest country in Europe. Seeing how delighted the people were as they enjoyed the fireworks, the delegation was able to feel the well-being and how happy the people of Andorra were  living in a country known for its low taxation.

The delegation’s visit to Monaco, France and Andorra lasted eight days. During which, they conducted five meetings, attended the 11th Prince Albert II of Monaco Foundation Award Ceremony, Nice summer music festival, as well as the annual celebration of Saint Juan in Andorra. While experiencing the cultural diversity of each country, FOWPAL also exchanged ideas with regards to cultural heritage and its promotion  that will lead people of the world to peace and happiness. FOWPAL hopes that this positive energy can generate a good cycle around the world to eliminate miseries and suffering, making people enjoy peace and happiness.