Change the World with Conscience 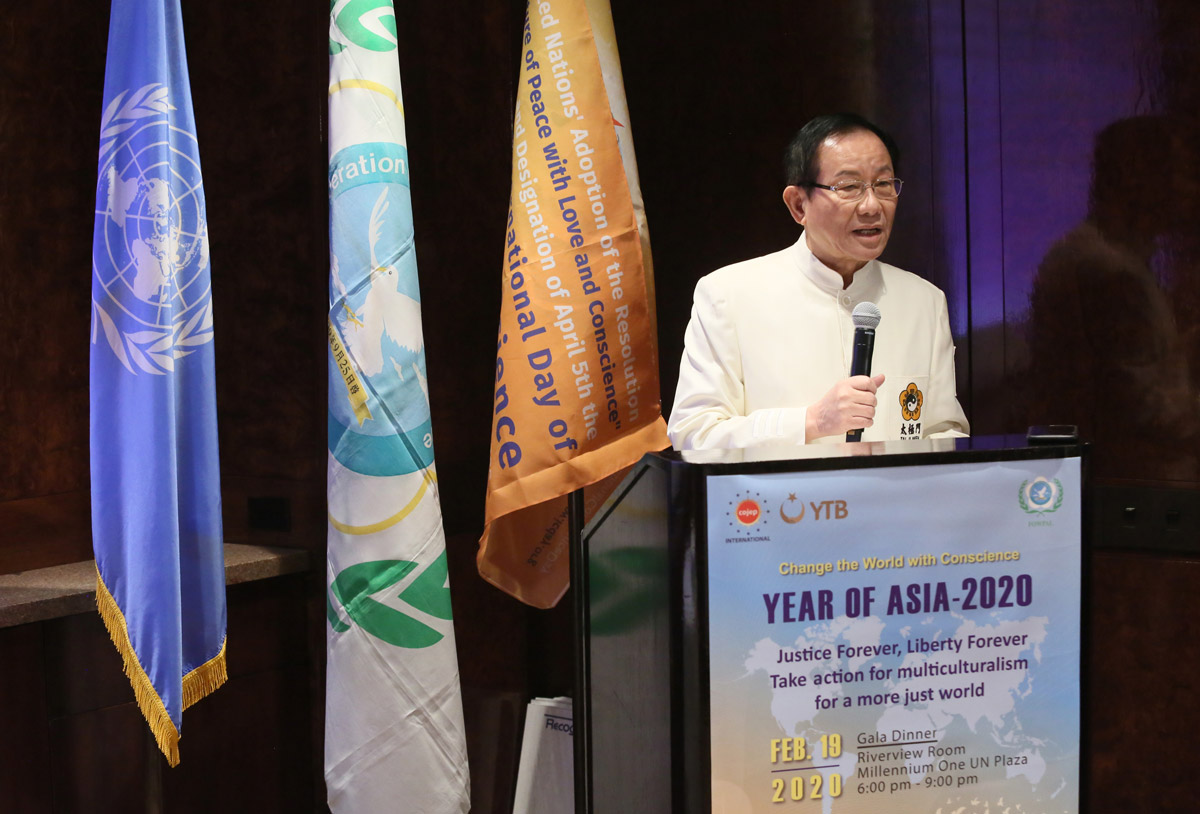 Diplomats, statesmen, leaders of NGOs, and other visionaries were gathered at a gala dinner in New York to share ideas and action plans for a better world on February 19, 2020. The event was co-organized by Council for Justice, Equality and Peace (COJEP International) and the Federation of World Peace and Love (FOWPAL). 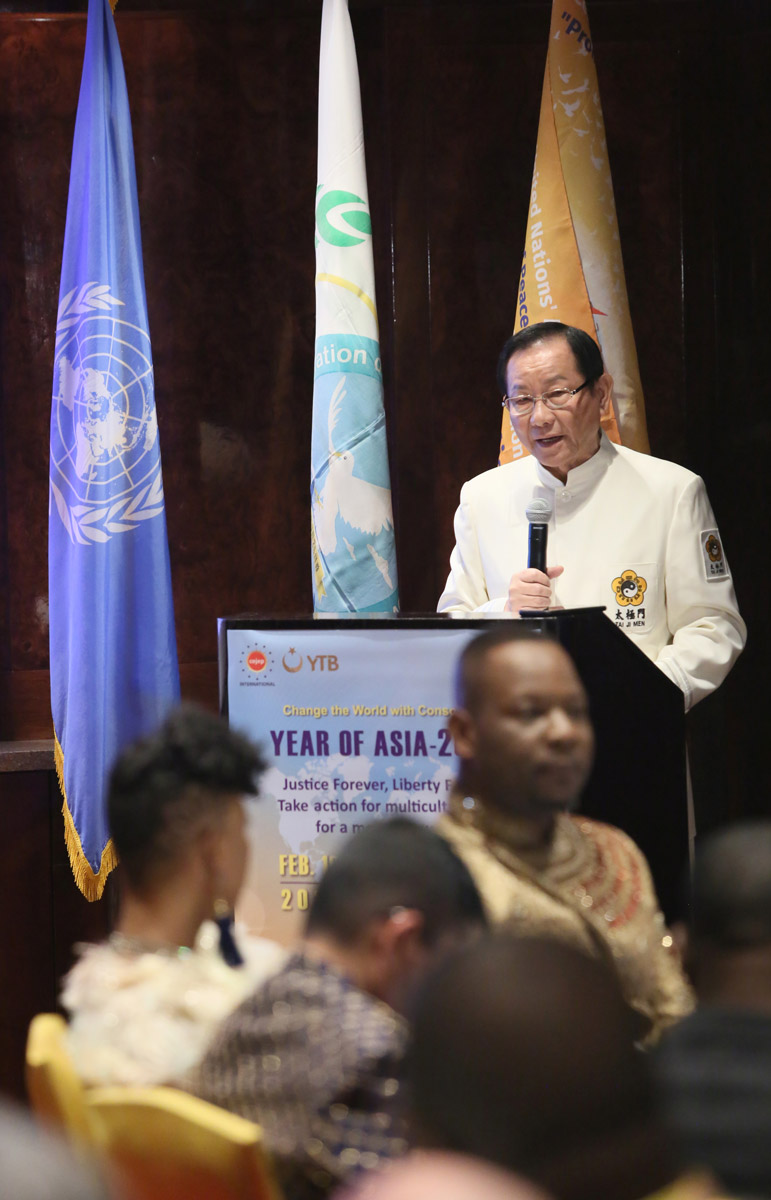 Dr. Hong, Tao-Tze, President of FOWPAL, stressed that  “Using others’ strengths to enhance ours is one of the key factors that enable a culture to endure and enrich itself. To accept and respect different cultures will make the world we live in more integrated.”  He also emphasized the importance of conscience by saying, “If all of us follow the guidance of our conscience, we can transform the world and accelerate humanity toward a better future.” He also encouraged people to take a brief moment of peace and tranquility to listen to the calling of conscience every day. “We believe that this sincere act of self-reflection will generate powerful forces to change the world.” 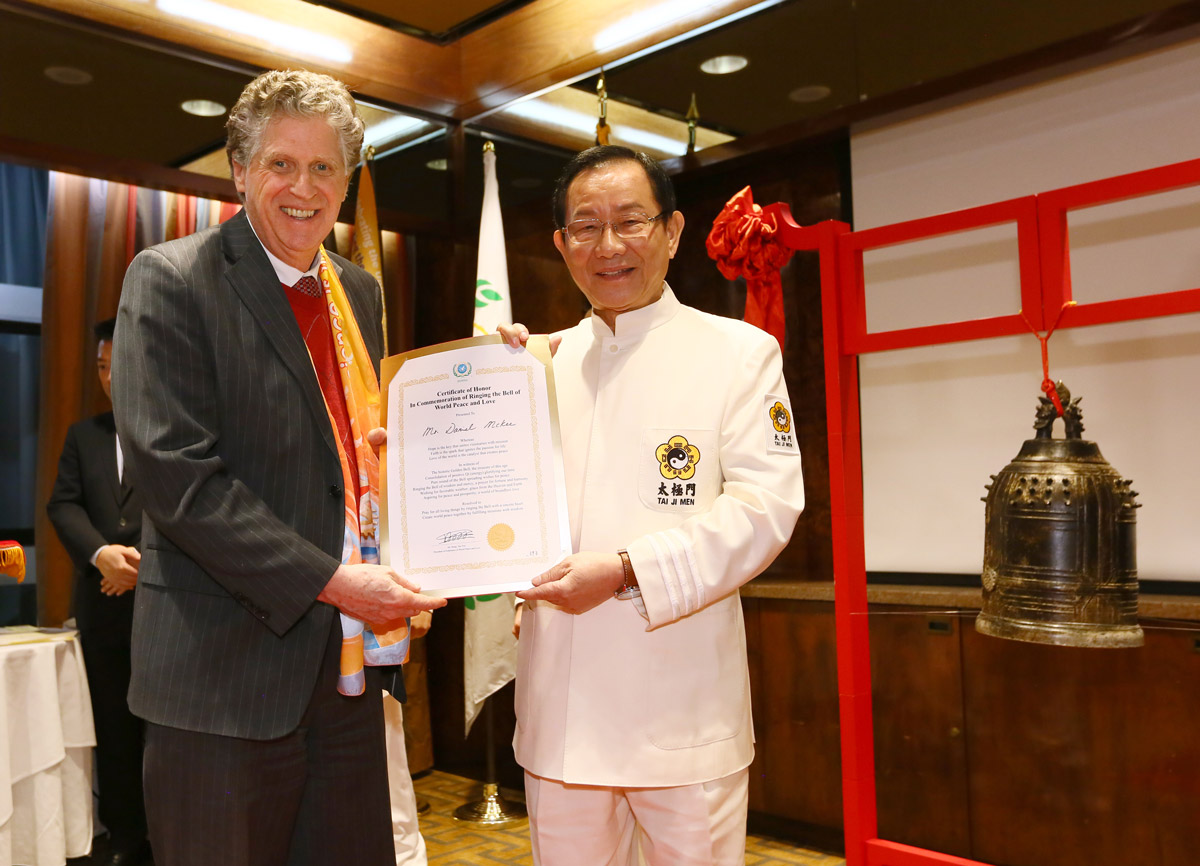 In today's turbulent world, it is especially important to calm people’s hearts and awaken their conscience. FOWPAL hosted a ceremony of ringing the Bell of World Peace and Love. Nine visionary leaders rang the Bell and made wishes for peace. Mr. Julien Le Blanc, Attaché at the Permanent Mission of Dominica to the UN, rang the Bell and wished “that all people will learn to respect and accept everyone’s legacy to chose their ordain path in life. That will allow everyone to live in harmony.” Mr. Ali Gedikoglu, President of COJEP International, rang the Bell and said, “Peace is impossible without justice, justice first.” Rhode Island Lieutenant Governor Daniel Mckee rang the Bell and stated, “My wish is that we treat everyone as equals and that we educate all children so they can reach their full potential.” Assemblymember Philip Ramos, Deputy Majority Leader of the New York State Assembly, wished that humanity and peace will prevail. Ms. Michele Delisfort, Mayor of Union, New Jersey, wished for “equal opportunities, equatable policies, and equal rights for all.” Captain Yves Lesieur, a retired officer from Canadian National Defense, wished that there are “no more needs for armies and the money invested in the war industry be used for the benefit of all.” Dr. Bernard Fialkoff, President of the Foundation for a Drug Free World, The Americas Chapter, stated that “the way to happiness requires a drug free world, human rights for all mankind, and the ability to learn and understand each other. May February 19, 2020 be the day we begin to create true harmony on earth.” Bishop Bryan D. Williams, Pastor at Church of Our Lord Jesus Christ of the Apostolic Faith, rang the Bell and wished for “goodwill and unity among all nations--peace.” Bishop Himrod Ambroise, Senior Pastor at International Faith Ministries, stated that “I pray that the love of God touch the heart of all mankind.” 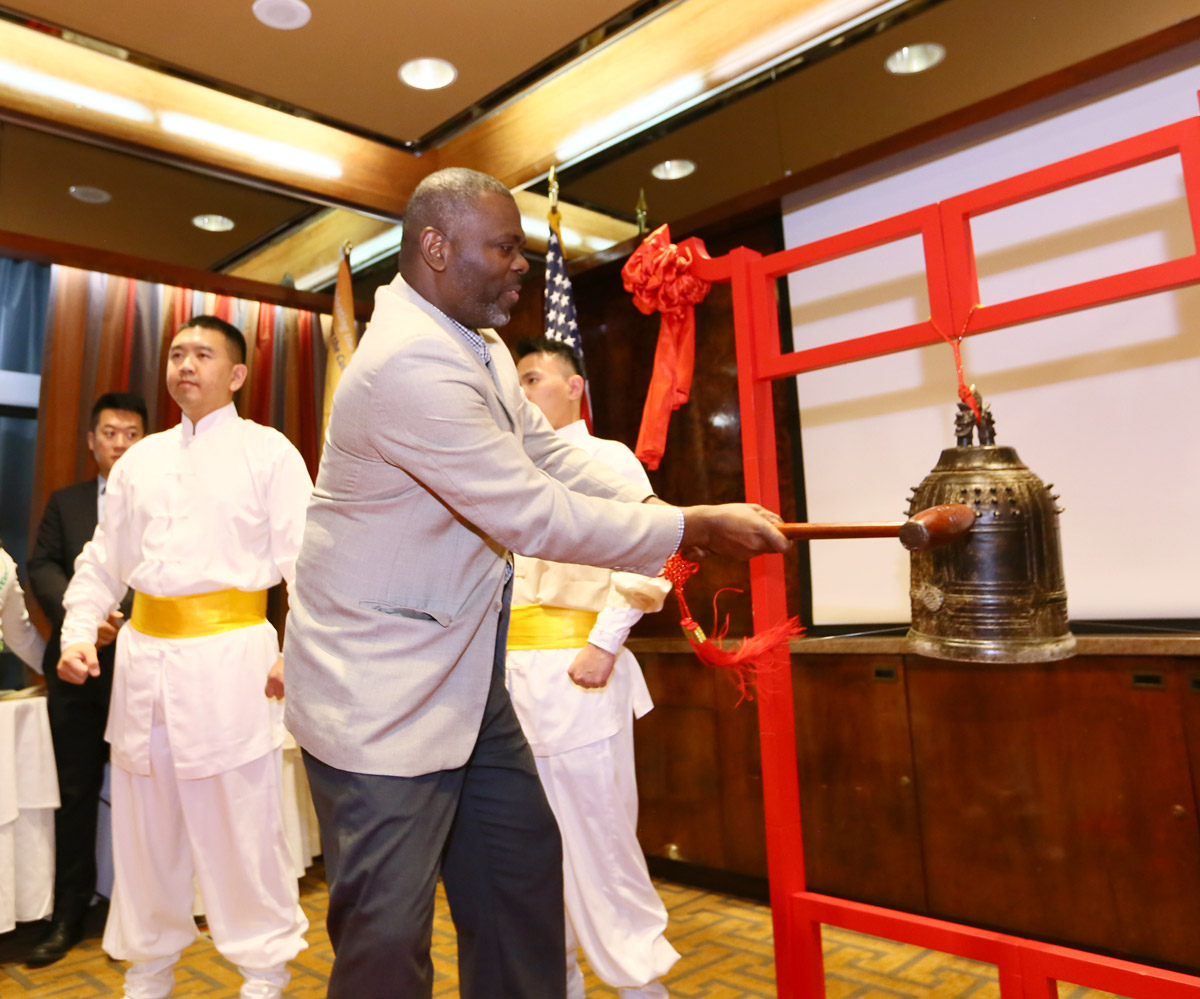 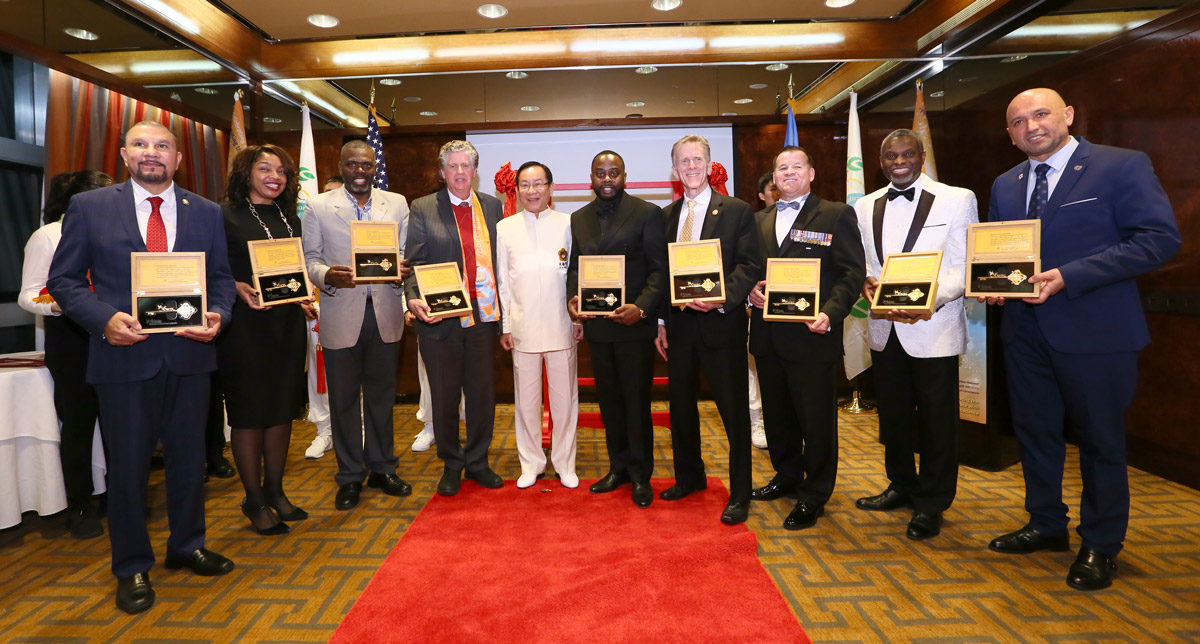 Dr. Hong, Tao-Tze was praised for leading FOWPAL to promote conscience, love, and peace worldwide. Rhode Island Lieutenant Governor Daniel Mckee presented Dr. Hong with certificates of recognition during the event. Dr. Samarth Joseph, Founder/Executive Director of Espoir Youth Program, presented Dr. Hong, Tao-Tze with a plaque in recognition of his contribution to world peace. He also received special recognition from New York State Senator David Carlucci for actively promoting the wisdom of balance, a culture of conscience, love, and peace, as well as the International Day of Conscience.

Mr. Ali Gedikoglu, President of COJEP International, presented an “Justice and Freedom Award” to Dr. Hong, Tao-Tze for his outstanding service in helping the whole world in times of need. Dr. Hong presented a certificate of appreciation for cultural exchange to Mr. Ali Gedikoglu. 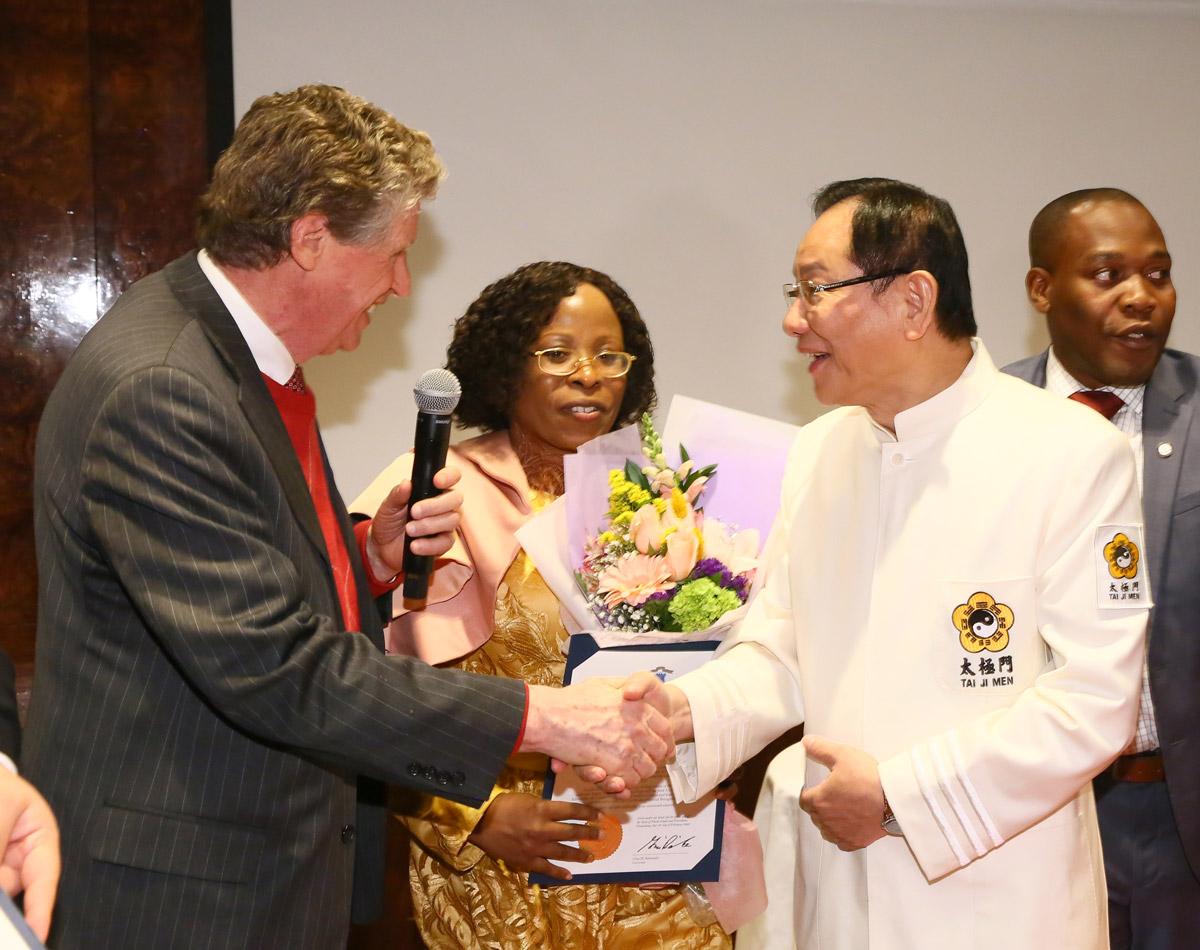 In celebration of the United Nations’ designation of April 5 as the International Day of Conscience in July 2019, FOWPAL specially designed a compass clock of conscience, which represents time, direction and goal. It symbolizes that conscience is the guide that leads us toward the right path of life and reminds us to seize every moment to practice kindness in order to create peace and happiness. Dr. Hong, Tao-Tze presented the compass clock of conscience to visionary leaders, including Dr. Bernard Fialkoff, President of the Foundation for a Drug Free World, The Americas Chapter; Captain Yves Lesieur, a retired officer from Canadian National Defense; Mr. Julien Le Blanc, Attaché at the Permanent Mission of Dominica to the UN; Mr. Gandhi Thomas, Consul General of Haiti in New York; Ms. Natacha Clerger, Town Councillor-at-large, Randolph, Massachusetts; Dr. Samarth Joseph, Founder/Executive Director of Espoir Youth Program; Mr. Bernard Georges, Founder of New Bridges for Haitian Success; Mr. Celil Yilmaz, Secretary General of COJEP International; Dr. Emmanuella Point Dujour, Representative of COJEP International to the UN; Ms. Keles Dudu, Representative of COJEP International to the UN; and Mr. Prashant Goyal, Designer at Heritage India Fashions.

When interviewed at the end of the event, Dr. Bernard Fialkoff, President of Foundation for a Drug Free World, The Americas Chapter, shared, “Every one of the people I met, we are connected. We are doing very similar things. We’re going to connect more, and I know the world will change!” 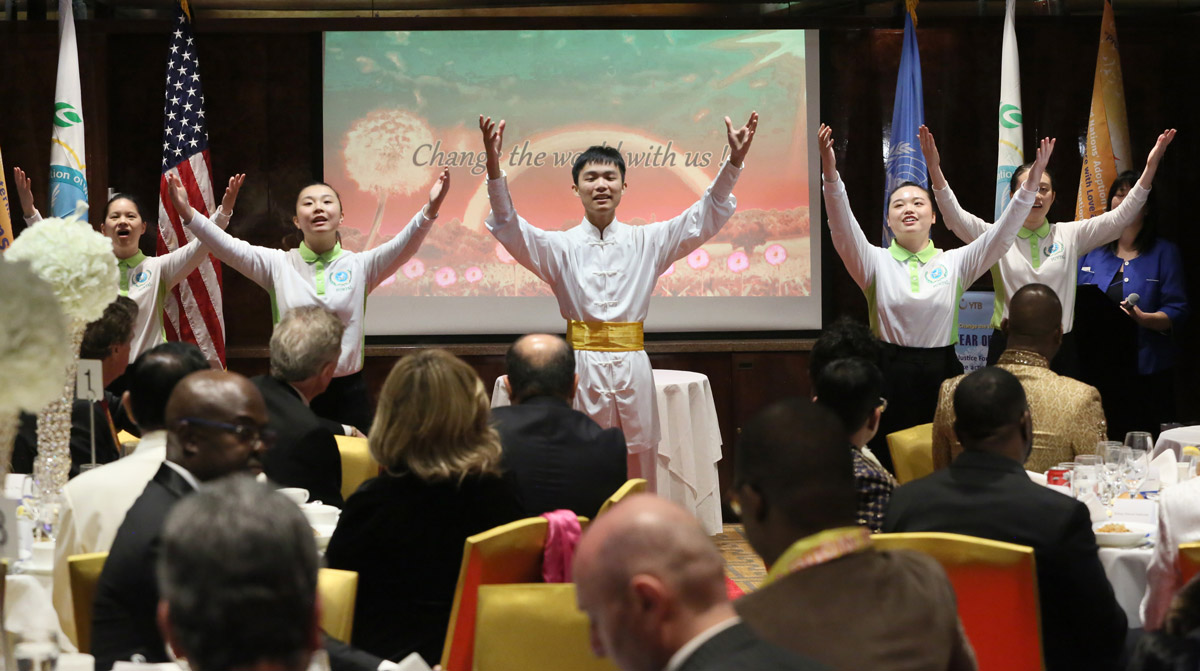 When asked about the promotion of conscience, Rhode Island Lieutenant Governor Daniel Mckee shared, “I’ve already communicated back to our office in Rhode Island to get this message out. I think it’s not only good, on a worldwide issue, but also in a state like Rhode Island or even the communities that we live in, the more we can let people know that it is an important issue, the better people will get along, and the better off we’ll all be.”

“See you on April 5th at Times Square!" said many participants at the end of the gala dinner as FOWPAL will host a big event in celebration of the first-ever International Day of Conscience there. FOWPAL hopes that more people, organizations, and governments will promote and celebrate the first International Day of Conscience. Let’s follow the guidance of our conscience, inject boundless positive energy into our planet, and make the world more just and peaceful!