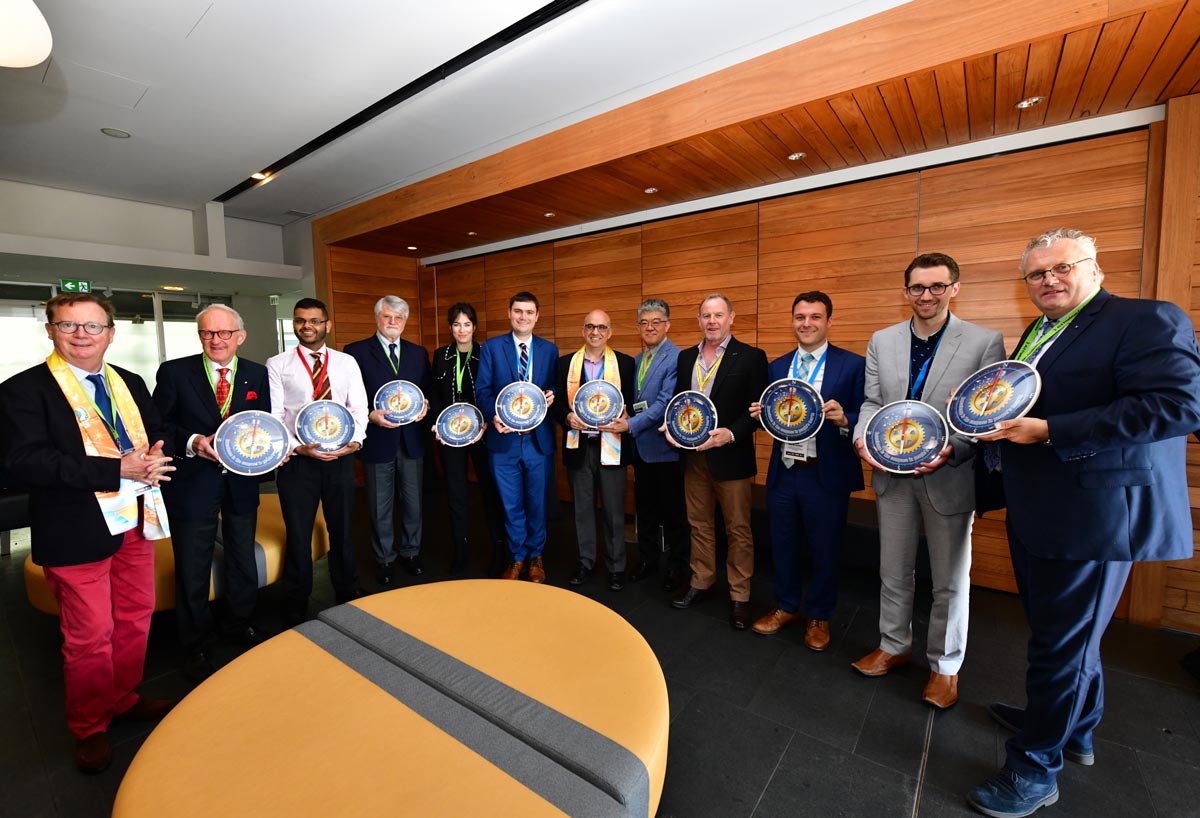 During the conference in Sydney, Mr. Troy Lanigan, former chair of the World Taxpayers Associations (WTA), and other WTA Board Members, who are from Canada, Australia, New Zealand, Germany, Sweden, and France, recited the entire Declaration to show their support. 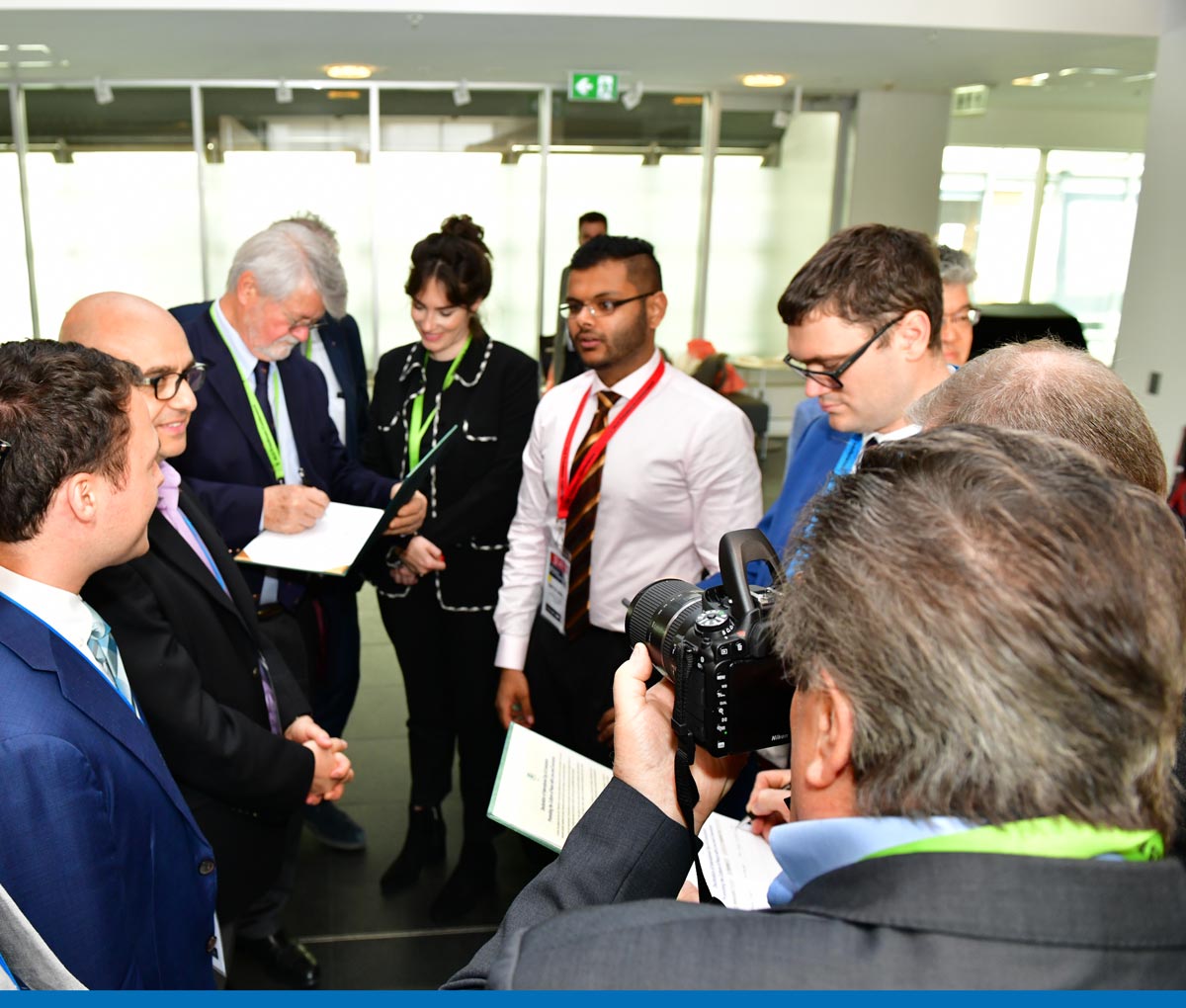 The 17th World Taxpayers Conference was held in Sydney, Australia on May 23-27, with people from all over the world in attendance. The event organizer World Taxpayers Associations has been dedicated to enhancing communication between taxpayers and their governments. Over the years, it has connected taxpayer protection organizations from around the world to share best tax practices and create opportunities for collaboration so as to support global economic growth and improve the welfare of global citizens.

A representative of FOWPAL, on behalf of Dr. Hong, Tao-Tze, president of FOWPAL and vice president of the Association of World Citizens, presented Mr. Troy Lanigan, former chair of WTA, with a “scarf of conscience” and a special clock, which is a compass of conscience, in recognition of Mr.  Lanigan’s contribution to enhancing taxpayers’ rights across the planet. FOWPAL also invited leaders from various fields, who have strived to promote taxpayers’ rights and tax reforms, to participate in a ceremony to promote the global endorsement campaign for the Declaration of International Day of Conscience. FOWPAL encouraged all people to follow the guidance of their conscience and insist on doing what is right. At the end of the conference, young volunteers of FOWPAL presented a song called “We Can Change the World,” and the sincerity and warmth conveyed by their singing touched the hearts of all participants. 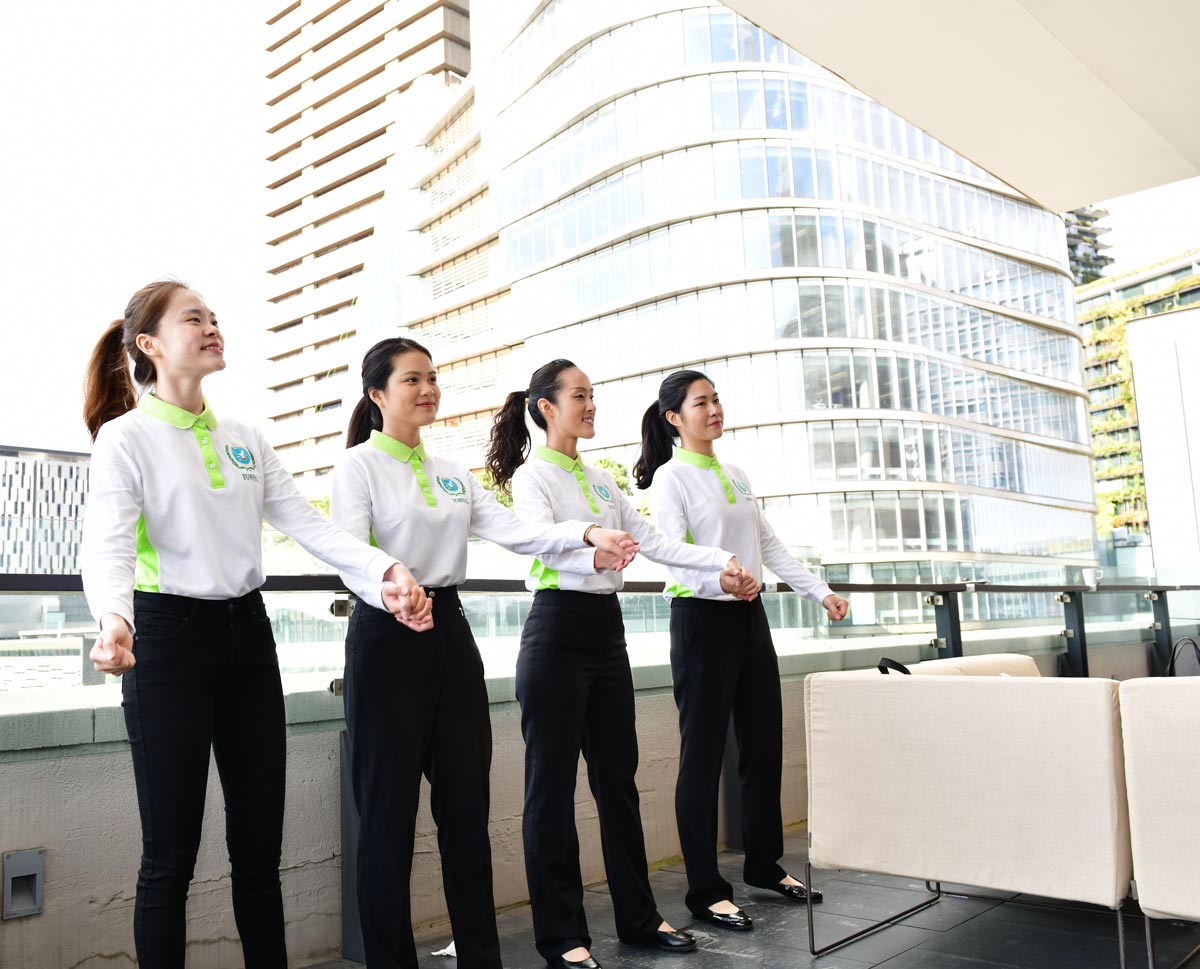 Mr. Troy Lanigan, former chair of WTA, mentioned that conscience is a sense that everyone should have. He thinks that a world of love and peace requires the joint efforts of more people, and he encouraged the young volunteers of FOWPAL to keep doing what they are doing.

Mr. Mark Dodds, vice president of Tax & Super Australia, which co-organized the conference, said that he was glad to participate in the ceremony to promote the Declaration of International Day of Conscience. He mentioned that the message of love and peace that the FOWPAL volunteers brought to the conference should be shared with more influential political figures.

Ms. Do Sol Lee, aged 25, manager of a human rights organization in Korea, said that she was impressed by FOWPAL’s promotion of love and peace during the meeting on taxation. She mentioned that she would study “conflicts and peace’ in Norway this August and admired FOWPAL’s spreading love and peace around the globe. 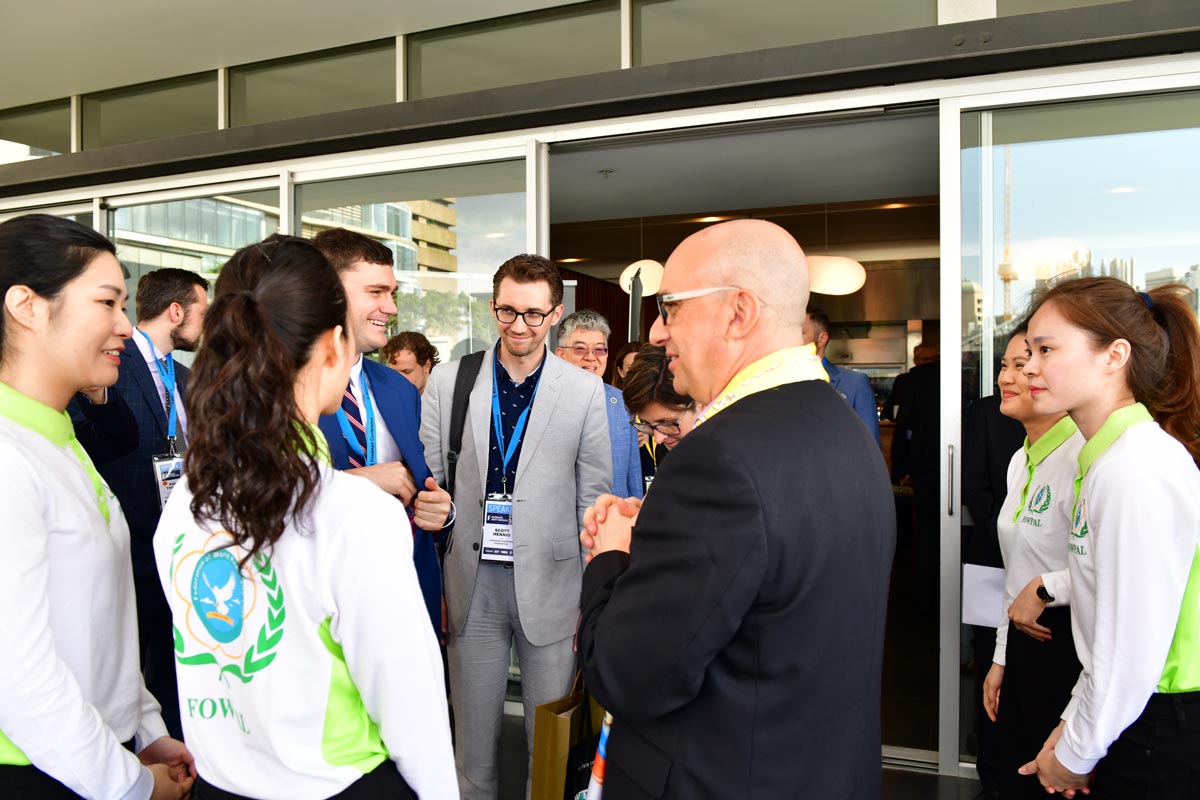 On February 5, 2019, Dr. Hong, Tao-Tze, president of FOWPAL, launched the global endorsement campaign for the Declaration of International Day of Conscience and set April 5 as the International Day of Conscience at the United Nations in New York. To date, the Declaration has been translated into 41 languages and people in 142 nations have endorsed it. Through the global endorsement campaign, FOWPAL aims to encourage all people to follow the guidance of their conscience, foster coexistence regardless of differences, use wisdom to resolve conflicts, and inspire others to act similarly so that the world can achieve peace.
Those who want to support and endorse the declaration can find the endorsement page here: