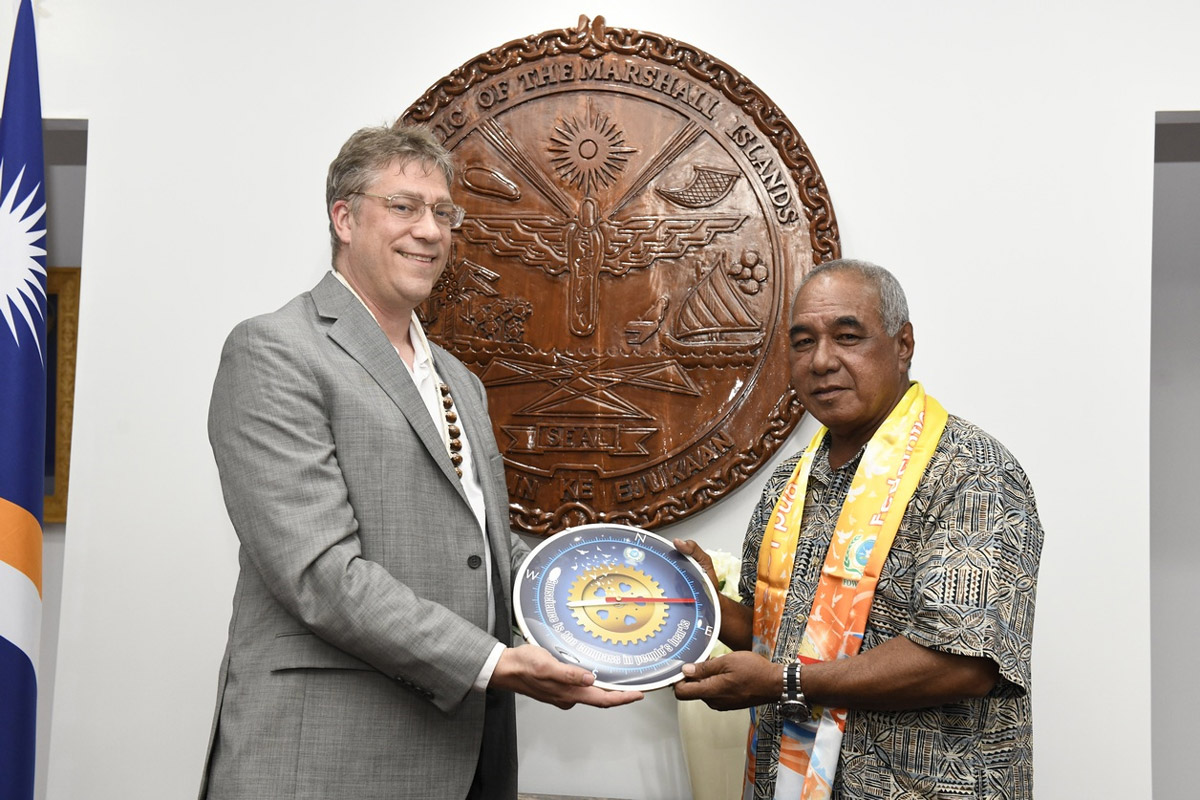 The Federation of World Peace and Love (FOWPAL) visited the Republic of the Marshall Islands to conduct cultural exchanges and promote the idea of conscience, love, and peace on July 9, 2019.

The FOWPAL delegation visited the Presidential Office, and Acting President Brenson S. Wase, who is the Minister of Finance, warmly received the delegation, saying, “Iakwe!” (meaning hello, welcome, and love in Marshallese). The Acting President thanked the FOWPAL delegation for taking time to visit his country. The FOWPAL delegates shared that their organization has been fostering love and peace through a variety of means, such as holding World Leader Summits of Love and Peace, hosting ceremonies of ringing the Bell of World Peace and Love, and conducting cultural exchanges. 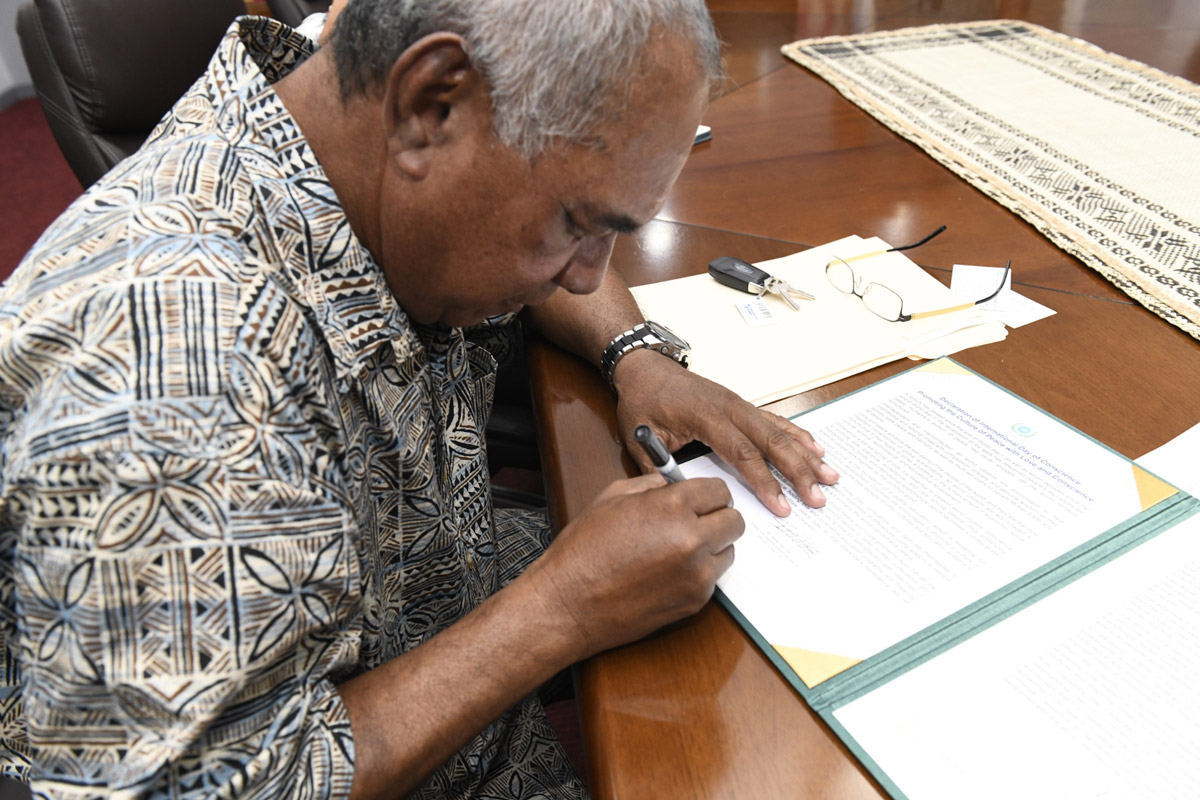 The Acting President shared that the Marshallese culture is based on love, family and education, so there is no such thing as hunger in the nation because people provide mutual help to one another. He also mentioned that it’s hard to maintain peace because of climate change.

The Marshall Islands is at risk of being engulfed by rising sea waters. Since all people of the world are interconnected and interdependent, the impacts of climate change affected not only low-lying countries like the Marshall Islands, but everyone on Earth. Therefore, FOWPAL has been promoting the International Day of Conscience to encourage people to follow their conscience and embrace sustainable, environmentally friendly culture to curb global warming. 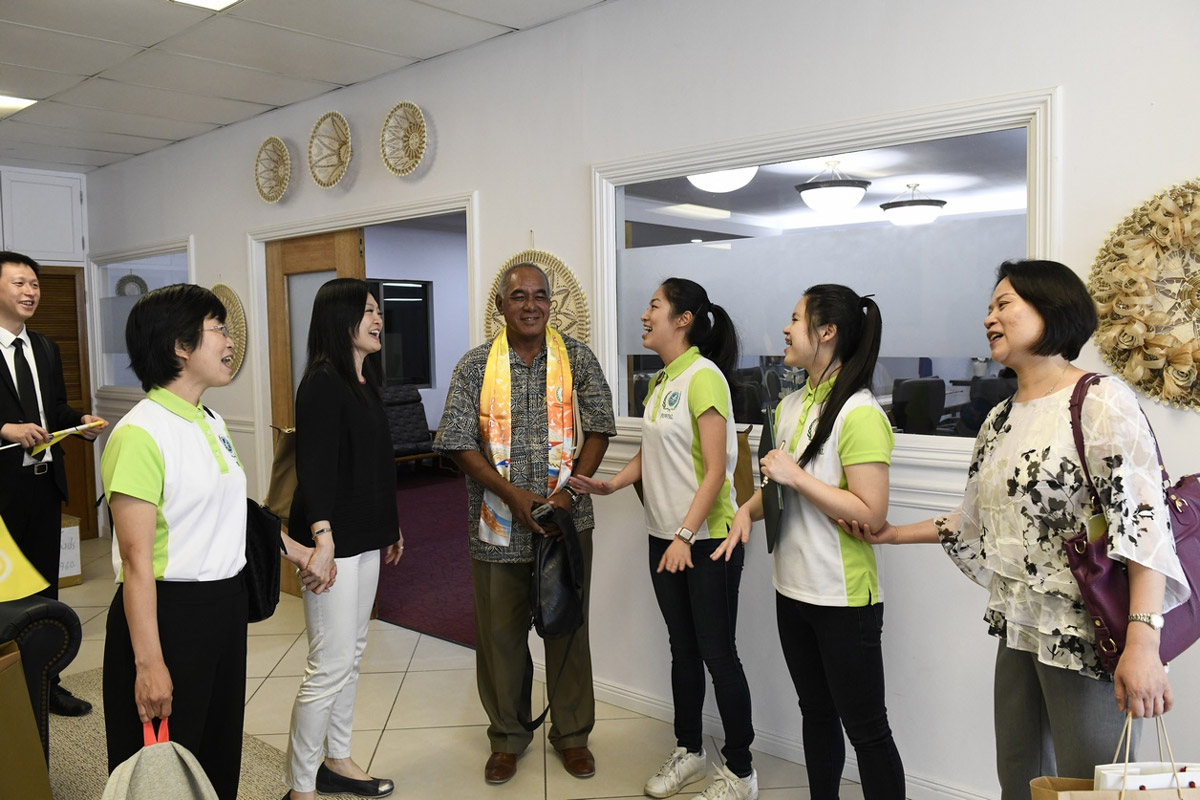 After diligently reading the Declaration of International Day of Conscience, Minister Wase endorsed it. On President Heine's behalf, the Acting President was presented with a crystal pyramid, symbolizing that a world leader, like being positioned at the top of a pyramid, has a profound influence in the world and his/her wise decision will benefit his/her people and the world. On behalf of President Heine, the Acting President gave a gift to Dr. Hong, Tao-Tze, the President of FOWPAL, as a token of appreciation for the delegation's visit from thousands of miles away. On Dr. Hong's behalf, the FOWPAL delegation was presented with the gift, which is a beautifully handcrafted map of the Marshall Islands made with local plants. Before departing from the Presidential Office, the FOWPAL delegates held hands together and sang a song called “The Angel in Your Heart” to the Acting President, concluding the meeting on a happy note. 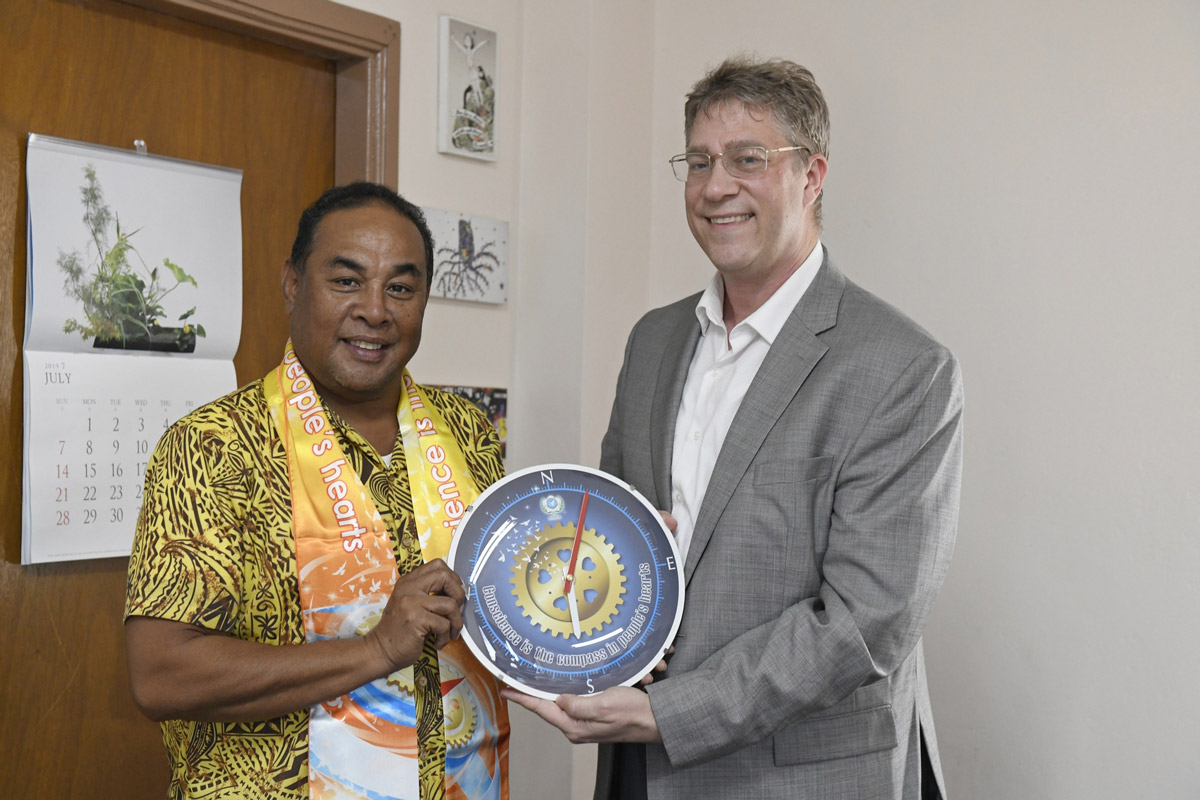 Mr. Peter and FOWPAL delegates exchanged experiences and ideas about love and peace. Mr. Peter stressed the importance of educating the youth with FOWPAL'S message and said that he was very glad to exchange his ideas on love and peace and hoped that in the near future, the leader of the nation will ring the Bell of World Peace and Love.

Afterwards, the FOWPAL delegation visited the mayor of the city of Majuro, the capital and largest city of the Marshall Islands, and was warmly received by Mayor Ladie N. Jack and his wife. The FOWPAL delegates were very impressed with the city’s hospitality as each member was treated with fresh coconut juice and a beautiful handicraft.  The FOWPAL youth gave an energetic dance titled “Happiness Is Everywhere” to wish everyone in the Marshall Islands health, happiness, and peace. 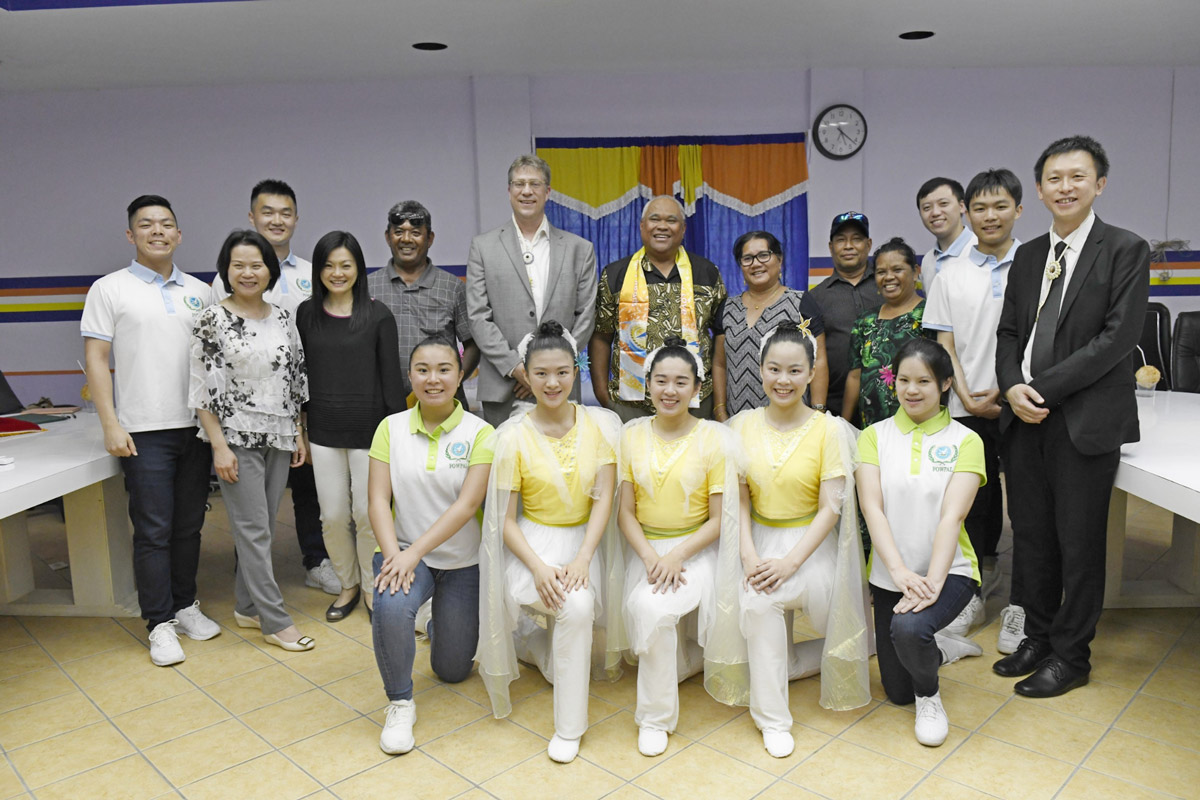 The FOWPAL delegation also presented special clocks to the government officials they met. The clock face bears a compass of conscience, symbolizing that all are encouraged to follow their conscience at all times. Mayor Jack, the mayor’s wife, Mr. Wallace Peter, and other staff members of the offices also endorsed the Declaration of International Day of Conscience.

The Marshall Islands is the 94th country that FOWPAL has visited, and it was FOWPAL’s first stop on its Oceania journey this July. The Marshallese culture values love, peace, and mutual assistance. On the trip, FOWPAL and the Marshall Islands exchanged ideas and action plans to spread love and peace. Consolidating the consensuses from various nations, FOWPAL will continue to spread the messages of conscience, love, and peace in other nations in Oceania to transform the world!