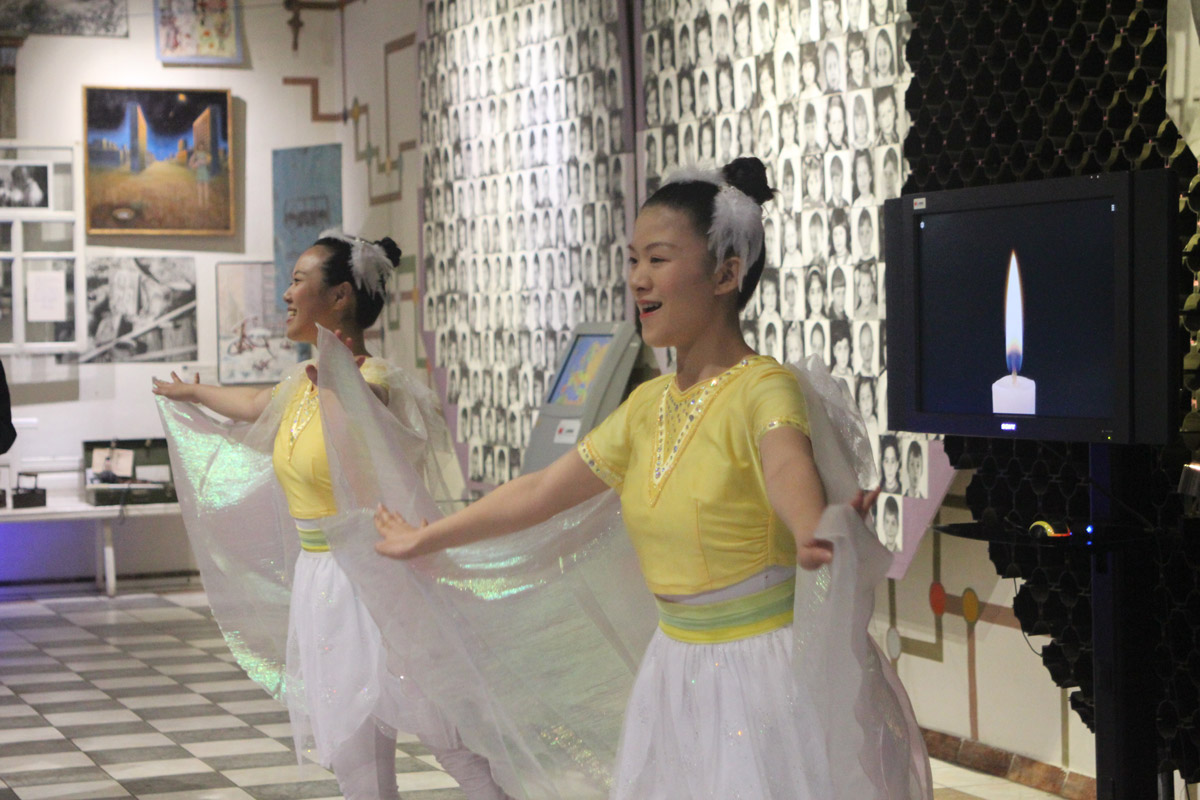 (Reporter Pamela in Ukraine) The United Nations has been keen to promote sustainable development. It has set the Sustainable Development Goals for the period 2015-2030, urging all nations to take actions to end poverty, protect the Earth, and ensure that all people enjoy peace and prosperity.

On April 3, 2019, to further spread love and peace, Dr. Hong, Tao-Tze, President of the Federation of World Peace and Love (FOWPAL), led FOWPAL delegates to conduct a cultural exchange trip to Ukraine for the first time. During the trip, they paid a special visit to the Ukrainian National Chernobyl Museum and were warmly received by the museum staff and were given a guided tour. 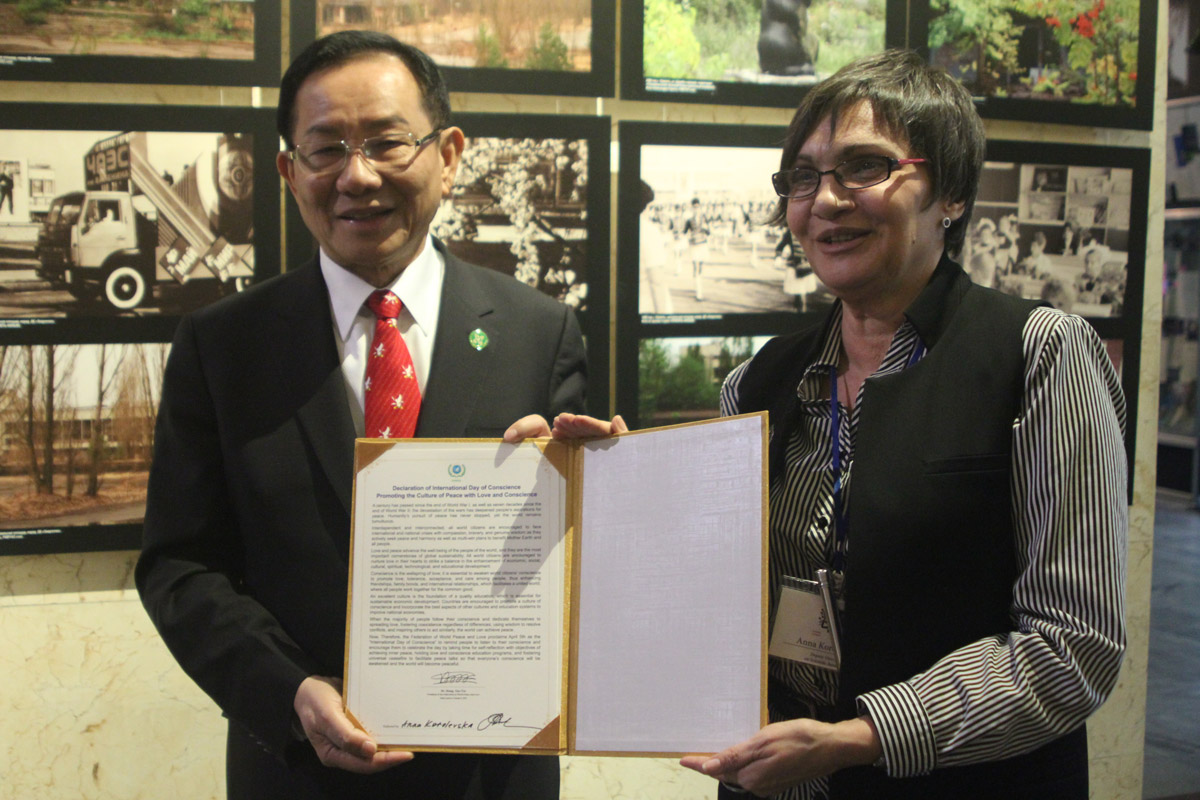 Due to a flawed reactor design and human error, an explosion at the Chernobyl nuclear power plant occurred at 1: 23 a.m. on April 26, 1986. The accident was listed as the most serious disaster in history; the amount of radiation released by the event was 400 times higher than that of the atomic bomb explosion in Hiroshima during the second World War; many people were forced to leave their homes.

It has been 33 years since the accident occured. The INES ( The International Nuclear and Radiological Event Scale) level of the nuclear disaster was 7, the highest. According to research, for at least 20,000 years, the land is not suitable for human habitation. 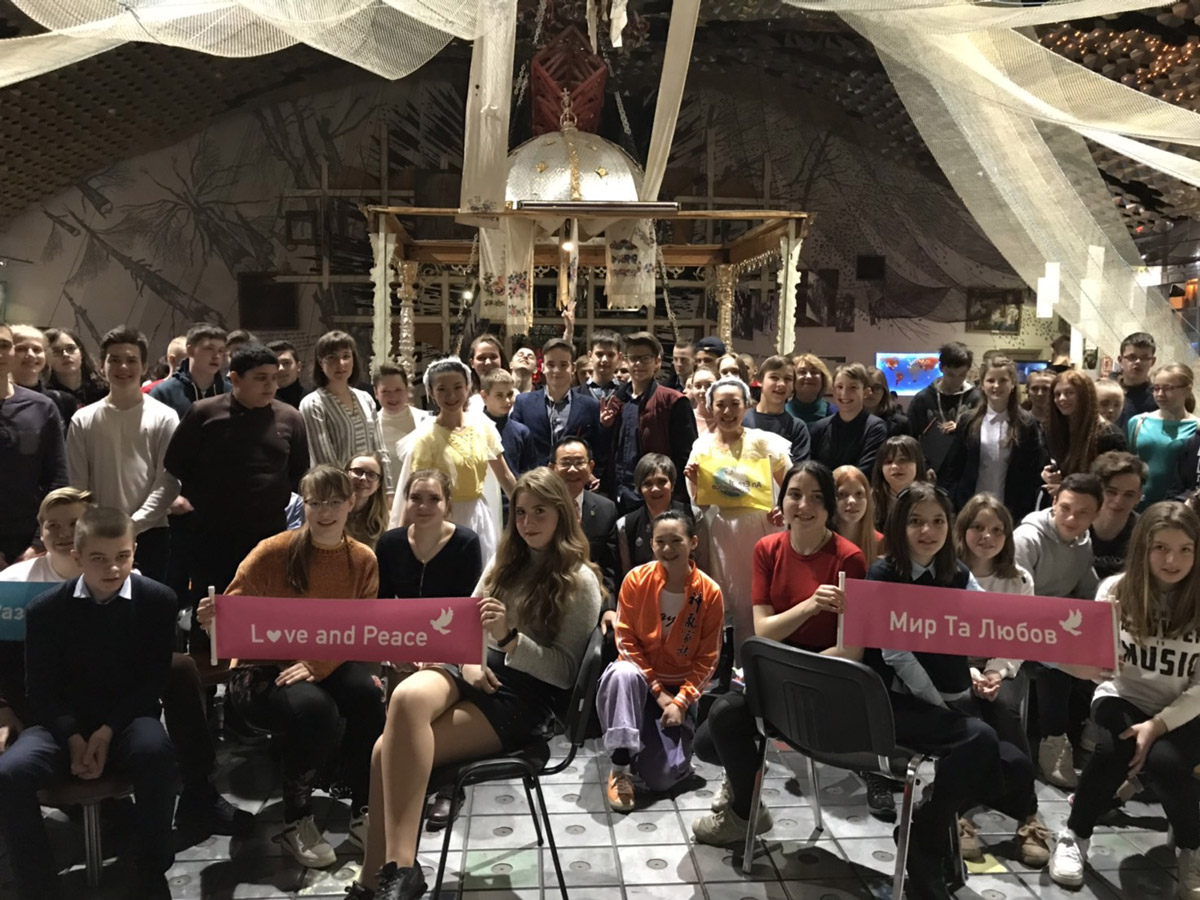 On the day of FOWPAL’s visit, 155 seventh graders from 13 schools in Kiev also came to visit the museum. Young FOWPAL members dressed in angel costumes shared with the students the idea of love and peace, which FOWPAL has been promoting around the world. Since its inception, Dr. Hong has led FOWPAL members to promote love and peace in various nations, and Ukraine is the 93rd country that they visited. All of their trips have been self-funded.

The young delegates of FOWPAL also presented upbeat singing and dancing to cheer up everybody at the museum. The happy atmosphere motivated the seventh graders to join them and dance joyfully together. Cultural exchanges transcend ethnic and national boundaries. Watching these positive younger generations interact with one another, people would feel hopeful. Mrs. Anna Korolevska, director of the museum, thanked FOWPAL for the cultural performance. She said that the world is full of sorrow and painful memories, and she was grateful to FOWPAL for bringing peace, love, and happiness to them. 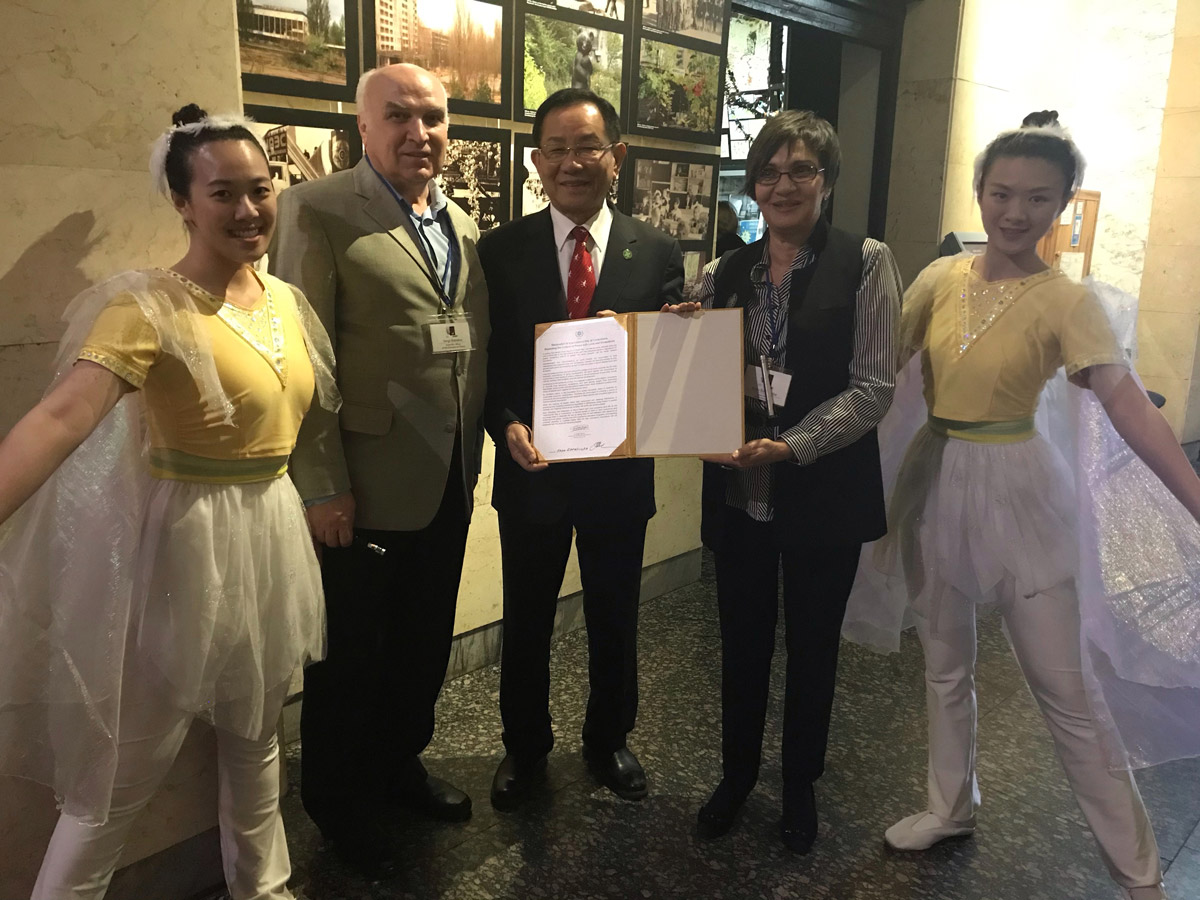 President of FOWPAL, Dr. Hong, Tao-Tze awarded Mrs. Korolevska a certificate of appreciation for the warm reception. Dr. Hong also presented her with a special clock, which is a compass of conscience, encouraging Mrs. Korolevska to exert her positive influence on the people around her and to have the courage to act according to her conscience at all times.

Mrs. Korolevska mentioned that the museum had received many important guests in the world, including UN Secretary-General Kofi Annan and other important leaders, and that the visit of the FOWPAL delegation is especially meaningful in today’s chaotic times. She then endorsed the Declaration of International Day of Conscience, which marked a perfect ending to FOWPAL’s visit.