Promoting Multiculturalism and Creating a More Just World with Conscience 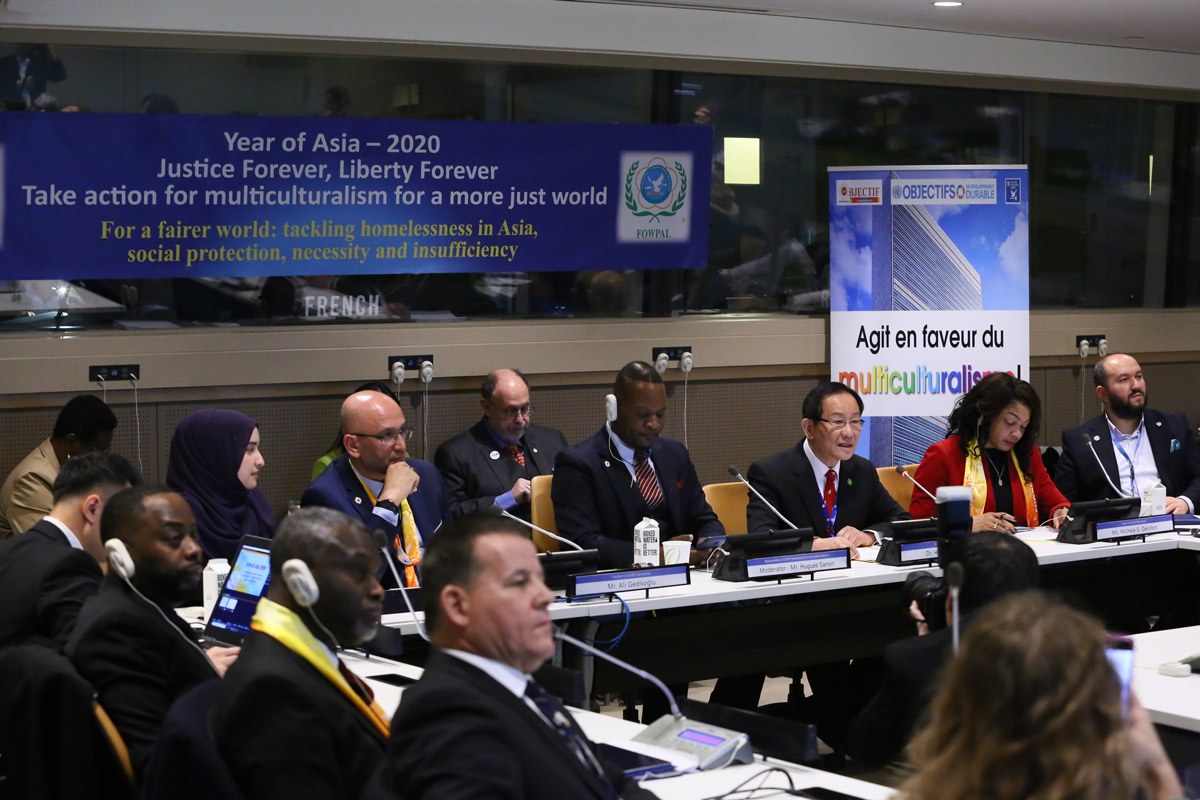 UN ambassadors, diplomats, statesmen, leaders of NGOs, and other visionaries from various nations gathered at the United Nations headquarters in New York on the afternoon of February 19, 2020 to exchange experiences and ideas about fostering multiculturalism, building a fairer world, tackling homelessness in Asia, and enhancing social protection.

The conference was co-organized by Council for Justice, Equality and Peace (COJEP International) and the Federation of World Peace and Love (FOWPAL) during the 58 session of the Commission for Social Development. Holding such an event was very meaningful at this juncture in history as the year 2020 marks the 75th anniversary of the founding of the United Nations. UN Secretary-General António Guterres sent a message to Dr. Hong, Tao-Tze, wishing the conference a great success. 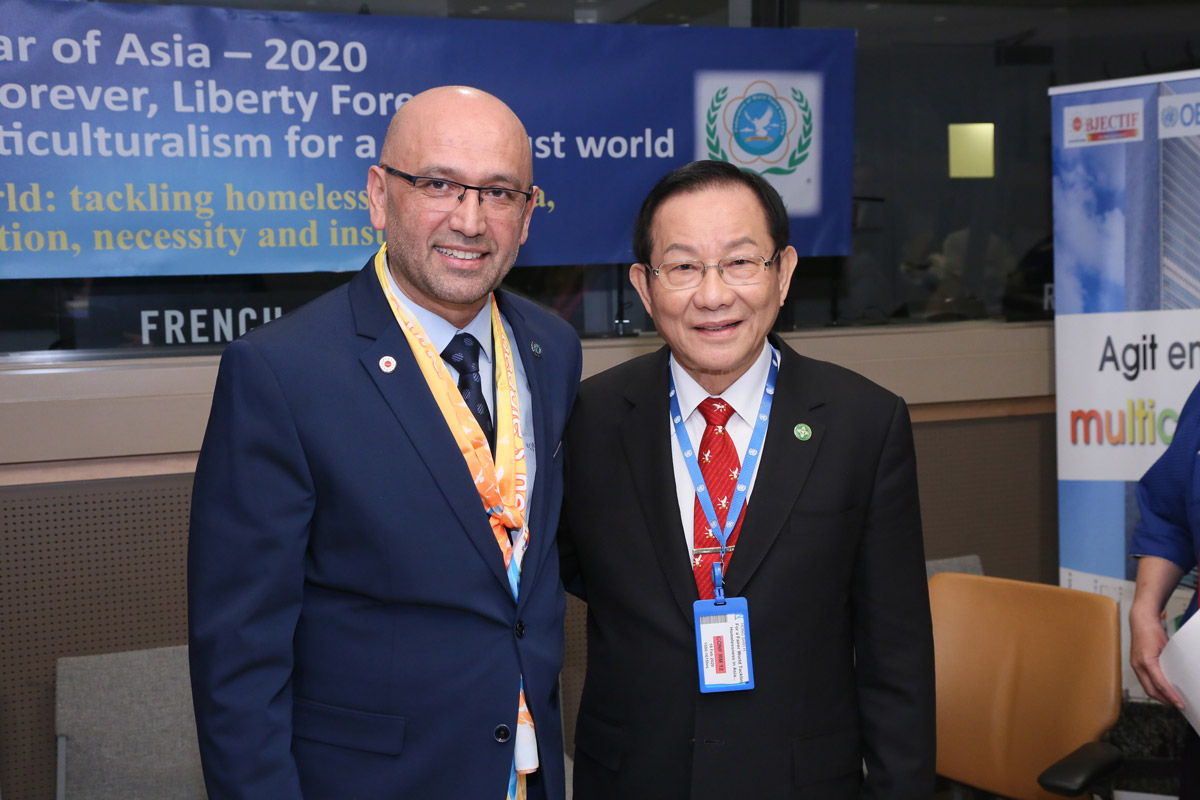 The meeting was moderated by Hugues Sanon, UN representative of COJEP International. Mr. Sanon expressed gratitude to the United Nations for providing this platform for the leaders to discuss these important issues. Mr. Ali Gedikoglu, President of COJEP International, welcomed all participants and reiterated the importance of ensuring justice and liberty for everyone without discrimination as COJEP has strived to fight for freedom and justice for all.

Dr. Hong, Tao-Tze, president of FOWPAL, stressed that respect for and appreciation of differences are essential to the promotion of multiculturalism. “By treating others equally and truly acknowledging that all people regardless of culture, race, and religion are world citizens and enjoy the equal right to life, we can gradually make our world more just,” said Dr. Hong. He also pointed out the importance of culture: “In order to achieve sustainability, we need to have a good culture. A fine culture nurtures a quality education, which is essential to a healthy economy. ”

Dr. Hong emphasized the importance of conscience by saying, “Conscience, conscience-guided abilities, and conscience-driven governance are three key factors, which are interrelated and allow organizations and governors to improve social protection for people.” He mentioned that although there are various ways to enhance the protection of human rights “we still need to redirect our attention to a culture of conscience, which is the foundation.” 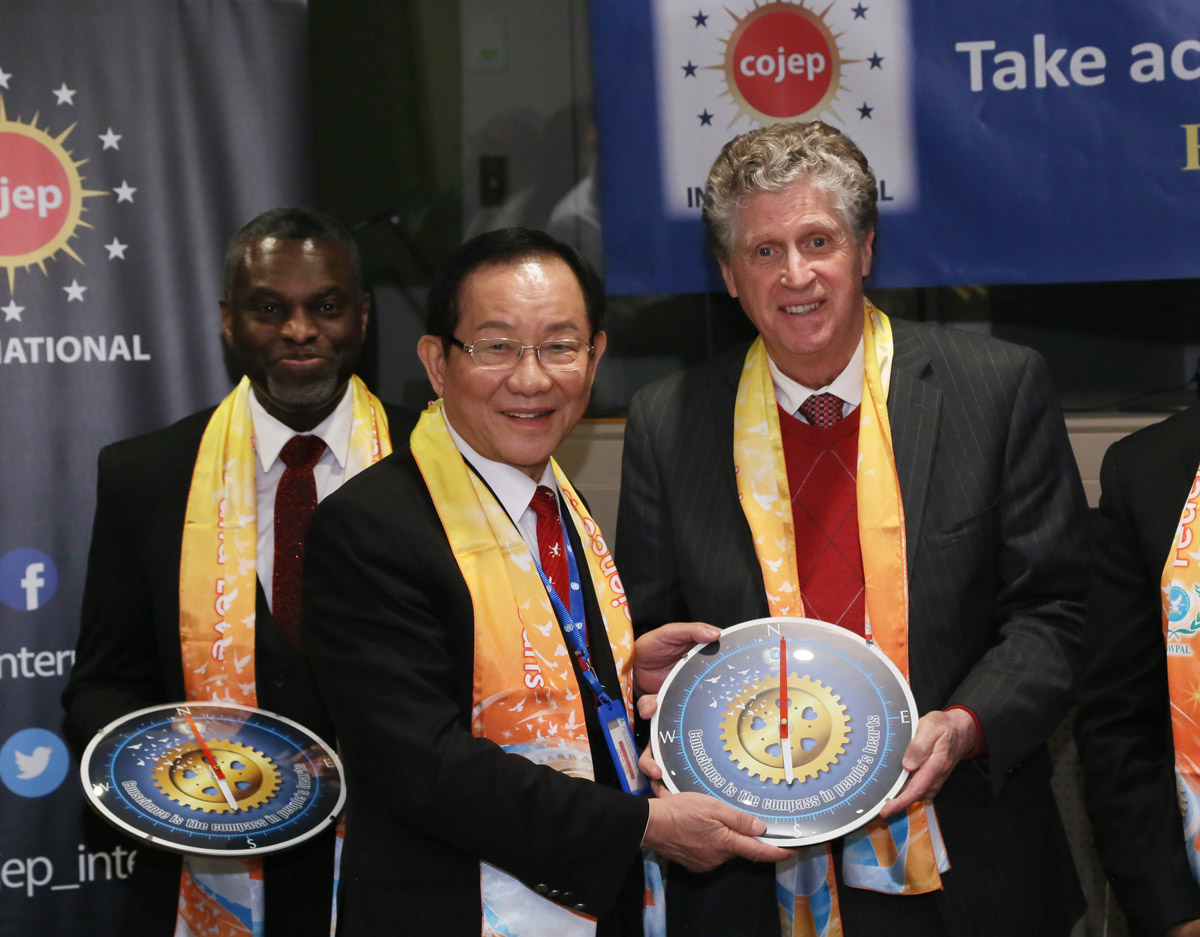 The conference room was packed, and leaders eagerly shared ideas on building a fairer world. H.E. Mr. Mohamed Al Hassan, Ambassador of Oman to the UN, stressed that “homelessness is a problem that should not exist if and when social and state measures are in place and functioning.” Rhode Island Lieutenant Governor Daniel Mckee highlighted the importance of treating everyone equally; he shared that “No one is better than you, and you are no better than anyone else.” Assemblymember Philip Ramos, Deputy Majority Leader of the New York State Assembly, pointed out that homelessness is just a symptom, and we need to deal with the root causes of the problem. Ms. Michele S. Delisfort, Mayor of Union, New Jersey, shared that it is important that we provide equal opportunities in all areas, regardless of race and ethnicity. “We must promote sustainable policies and work together as one.”

The event was also attended by H.E. Mr. Serhad Varli, Deputy Permanent Representative of Turkey to the UN; H.E. Mr. Ali'ioaiga Feturi Elisaia, Ambassador of Samoa to the UN; H.E. Mr. Petchezi Essohanam, Deputy Permanent Representative of Togo to the UN; Dr. Carlos Garcia, former Ambassador of El Salvador to the UN and President & CEO UN/USA, Asia, Latin American & the Caribbean Region of OPAD (The Organization for Poverty Alleviation and Development); delegates of various Permanent Missions to the UN; and other visionaries. 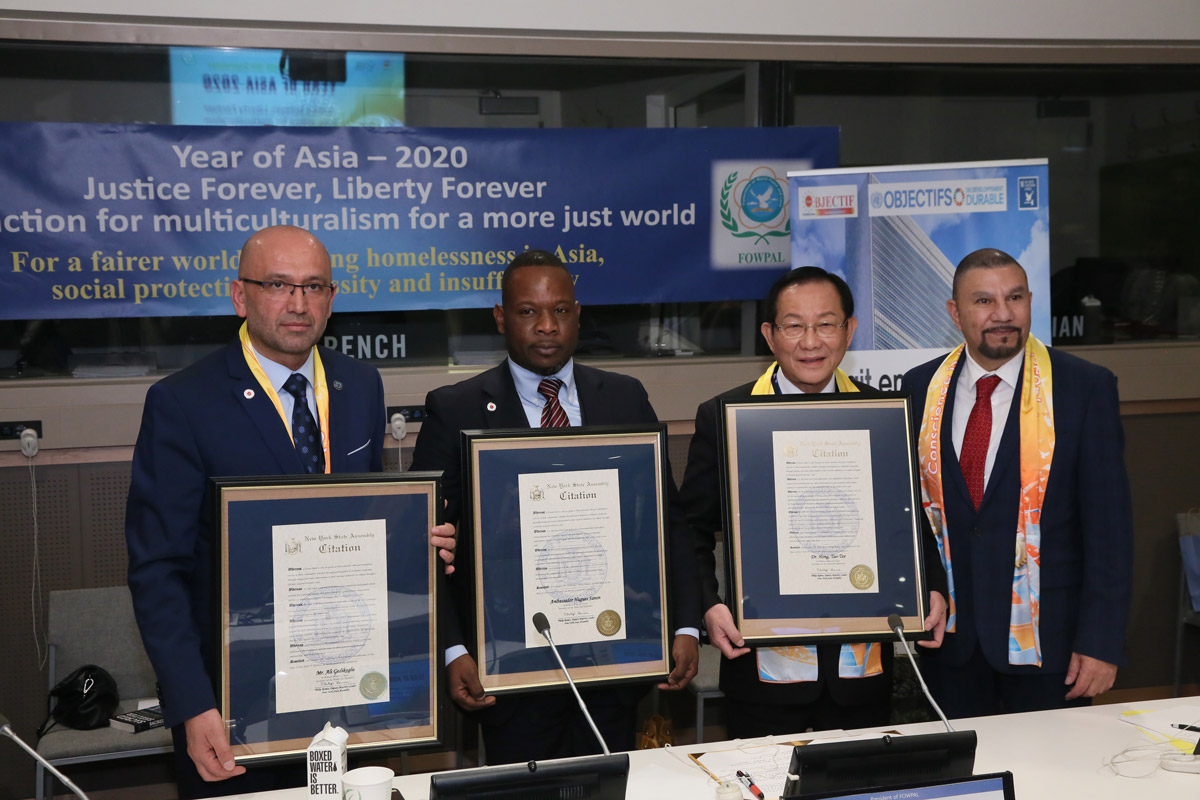 Beginning in August 2019, each month FOWPAL is engaged in various events to promote this UN day. FOWPAL will continue to do so and encourages everyone to observe the first-ever International Day of Conscience on April 5, 2020. With the conscience in more people awakened, global citizens will show respect for one another’s culture and provide mutual help to one another. Subsequently, the problems of homelessness will be reduced and social protection will be enhanced, and the world will become more just and peaceful.