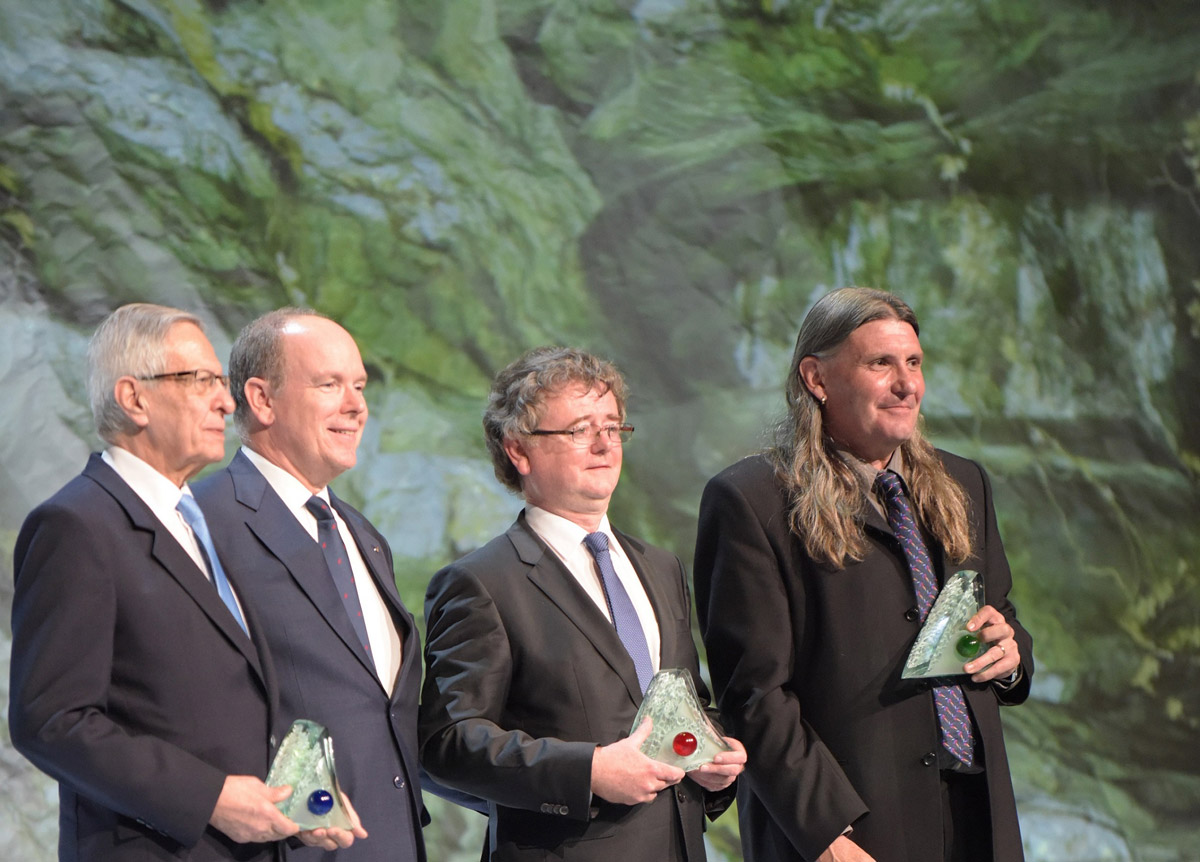 (Reported by Fabienne Jen, Monaco) On Friday, June 22nd 2018, the 11th Prince Albert II of Monaco Foundation Award Ceremony was held in the Salle des Princes at the Grimaldi Forum.  The three major awards of the Foundation include: limiting the effects of climate change, preserving biodiversity, and managing water resources and fighting against desertification. In his remarking speech, HSH Prince Albert II of Monaco stated “I wanted to create these Awards in order to show my support for the exceptional men and women who are committed to saving our planet.” The Argentinian professor Victor Pochat received the “Water Award” for his remarkable work associated with water planning and management. The Australian Professor Terry Hughes was presented with the “Climate Change Award”. Then, Jim Thomas received the “Biodiversity Award” on behalf of the Tenkile Conservation Alliance, an NGO in Papua New Guinea.  Their contribution and efforts in the respective fields are widely recognized and admired.

It is everyone’s responsibility to save our planet. This award ceremony has gathered many people who care about our ecology and the sustainable development of the Earth. Dr. Hong, Tao-Tze, the President of Federation of World Peace and Love, was also invited to the ceremony. Dr. Hong has been sharing the experience of promoting love, peace, human rights and sustainable development through meeting important leaders around the world and exchanging letters and emails for many years. Since 2000, he has published several papers addressing sustainable development issues, such as climate change, biodiversity, and water resources protection, and has shared them with world leaders and leaders from all walks of life.  In 2002, Dr. Hong was invited by Dr. Mamdouh Riad Tadros, Minister of State for Environmental Affairs in Egypt, to participate in the first Egyptian International Conference on Protected Areas and Sustainable Development.  Dr. Hong delivered a speech regarding biodiversity in the Conference.  Hereafter, in 2002, Dr Hong has attended the World Summit on Sustainable Development in South Africa, and in 2012, the Rio+20 UN Conference on Sustainable development in Brazil.  Due to common ideologies, Dr. Hong finally led the FOWPAL delegation to visit after receiving the invitation from Prince Albert II Foundation of Monaco. 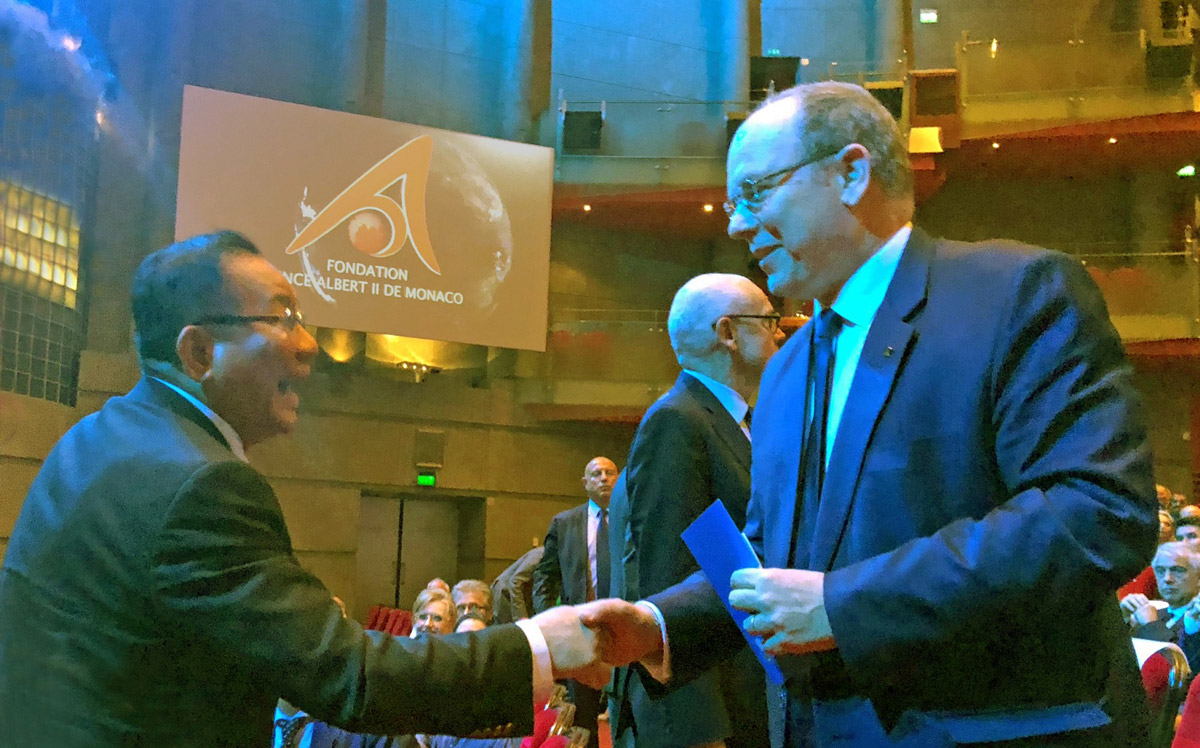 Dr. Hong specially invited Prince Albert II of Monaco to Vienna this October to participate in the 2018 "World Leader Summit of Love and Peace" organized by the Federation of World Peace and Love. Also, on behalf of their common friends, the Habsburg royal family HRH Sandor Habsburg, Dr Hong extended his warm regards to the Prince.

At the end of the ceremony, the documentary "Arktika Incognita" produced by French environmentalist Luc Hardy, disclosed the visit to the mysterious island of Siberia. In 2015, the world-renowned documentary [Season] produced by French documentary filmmakers Jacques Perrin and Jacques Cluzaud was premiered at the Awards evening before the film was released in 2016. The Prince Albert II Foundation of Monaco was founded in 2006 with the mission to encourage people from all walks of life who are committed to protecting the global environment. The awards ceremony also presented scholarships to ten students from the Gambia, Niger, Myanmar, India, Indonesia, etc. for their dedication to global environmental protection research. 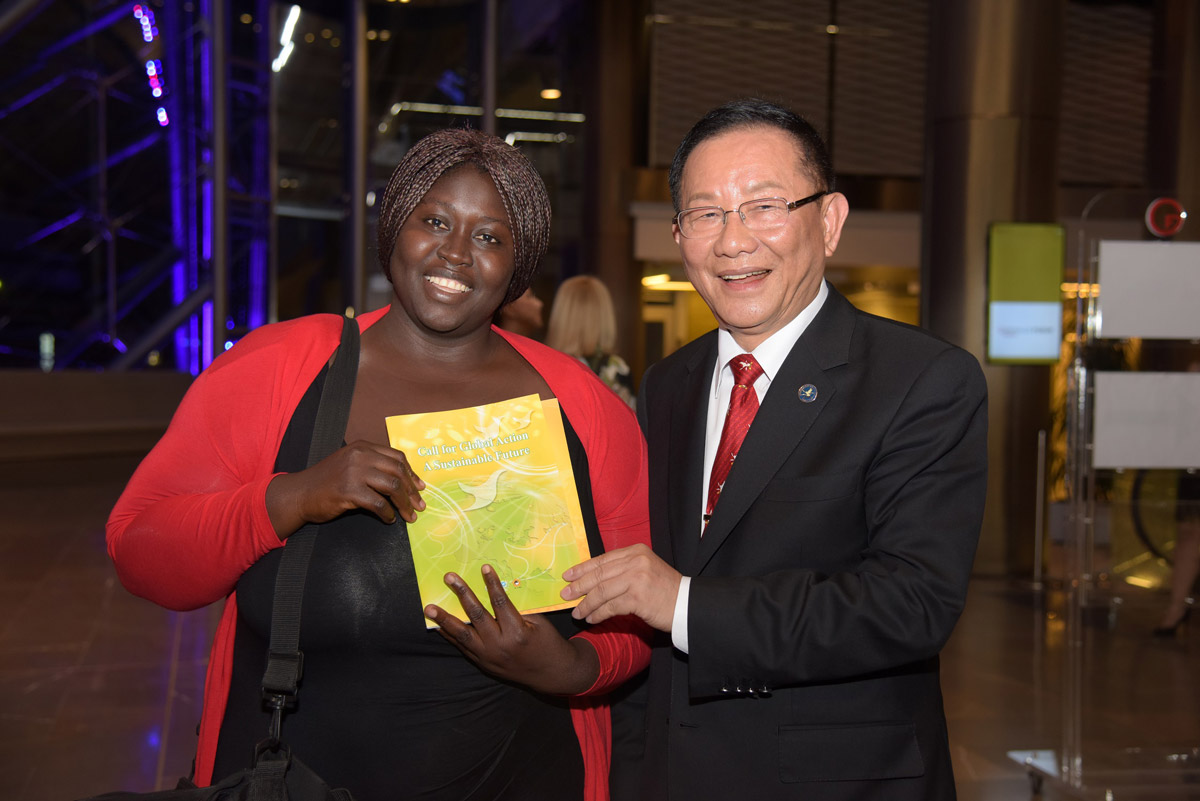 After the ceremony, Dr. Hong exchanged experiences of promoting love and peace and the idea that good culture leads to good education which then leads to good talents and economic growth with other guests.  He also encouraged the ten awarded students to continue working on environmental protection.  Ms. Fadou Bajang, one of the students who received the scholarship and a volunteer from the Gambia, emailed FOWPAL the following day to express his wish to join the actions of FOWPAL and to jointly work on the peace and love of the world.

During this trip, FOWPAL delegation also visited the historic Prince's Palace and numerous ancient buildings, expressing great admiration for the Monaco government's endeavours on culture preservation. Monaco is famous for its beautiful scenes and attractions to tourists.  Without taxation, the government shoulders the responsibility of developing the country and creating prosperity.  Their concern and interest on the Earth and the issues relating to sustainable development are remarkable and admirable.