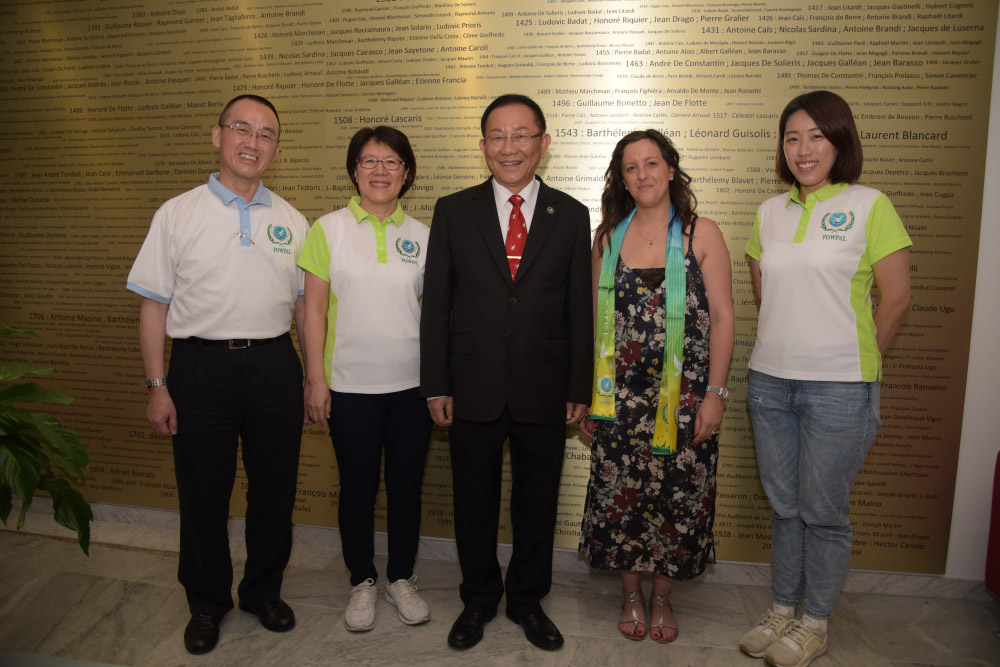 (Reported by Oliver Lee, France) Members of the Federation of World Peace and Love (FOWPAL) arrived in France on the 23rd of June 2018. The delegation visited the two main cities, Nice and Toulouse, which are the fifth and fourth largest cities in France respectively. The group arranged two meetings to spread the message of love and peace to the locals. In Mid May this year, there was a suspected terrorist attack in Paris that resulted in one death and four injuries. President Macron tweeted that France will never yield to the enemies of freedom. Since 2015, France had experienced several terrorists attacks. In 2016, Nice was under a terrorist attack that resulted in 86 casualties. Nonetheless, the spirit of France's determination for freedom demonstrated through arts, technology, and music can be observed in the twin cities of Nice and Toulouse. 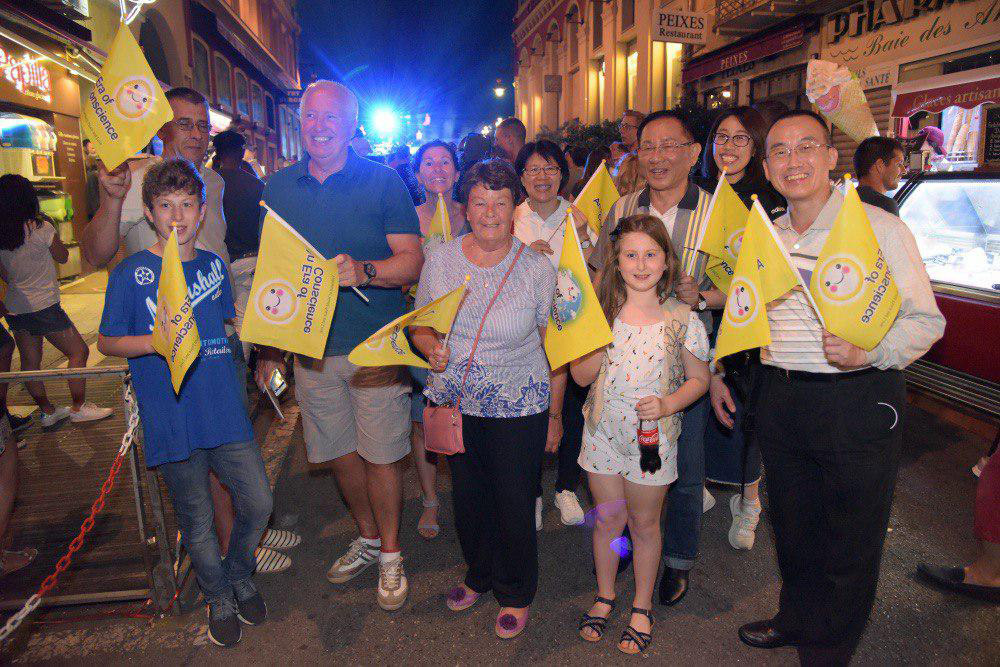 The delegation first visited the City Hall of Nice. Dr. Hong, Tao-Tze, President of  Federation of World Peace and Love (FOWPAL), met up with Mlle. Elodie Refini, a representative for the mayor of Nice, M. Christian Estrosi. Dr. Hong shared FOWPAL's experiences in the journey of spreading love and peace throughout the world. Ms. Elodie was truly touched by Dr. Hong's message, especially due to Nice's recent terrorist attacks, and was deeply inspired about the importance of love and peace for mankind. In front of the City Hall was a statue of a Thumb, an artwork made by renowned French artist César Baldaccini. The statue inspires people to remain positive and view life from an optimistic perspective.

Nice is the go-to place for jazz lovers, and the Nice Jazz Festival was held annually since 1948. The night the delegation visited Nice, the summer music festival was happening at Place Masséna. 15 famous young artists voluntarily performed at this occasion, with more than 30,000 people in the audience. The delegation took this opportunity to share with the audience the Era of Conscience Movement. A number of the audience even waved the Era of Conscience flags, cheering “l’amour et la paix”, which was French for ‘love and peace’. In the intersection of joyous moments, the importance of love and peace was made more prominent. 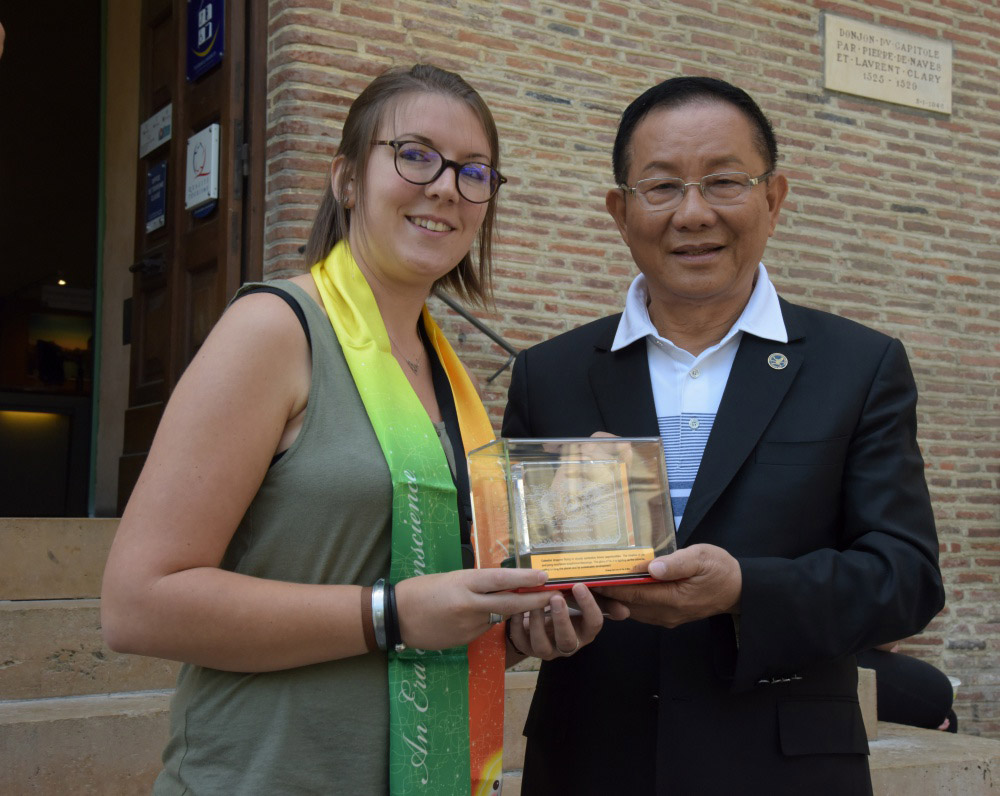 June 24th was a Sunday and the delegation visited Toulouse Tourist Office, which was located in a tower-based building built in 1525. Representatives from the Office eagerly greeted the delegation, and thanked Dr. Hong for inviting them to attend the World Leaders' Summit of Love and Peace in Vienna this coming October. In recent years, Dr. Hong, together with members of FOWPAL, visited leaders from all around the world to share one important concept: “A fine culture is the foundation of a quality education, and a quality education is essential to sound economic development, leading to a good living environment, so a world of love and peace can be a reality.” The delegation saw excellent models of love and peace during the visit to France as well.

Toulouse is also known as the Pink City, an ancient city interspersed with an aura of tradition and creativity. The city is also the HQ of CNES (France's national space research program), Airbus, Galileo GPS, and SPOT satellite. In addition, the city is filled with well preserved ancient buildings such as Toulouse City Hall, the zodiac signs at City Hall plaza, and UNESCO listed Basilica of Saint-Sernin. 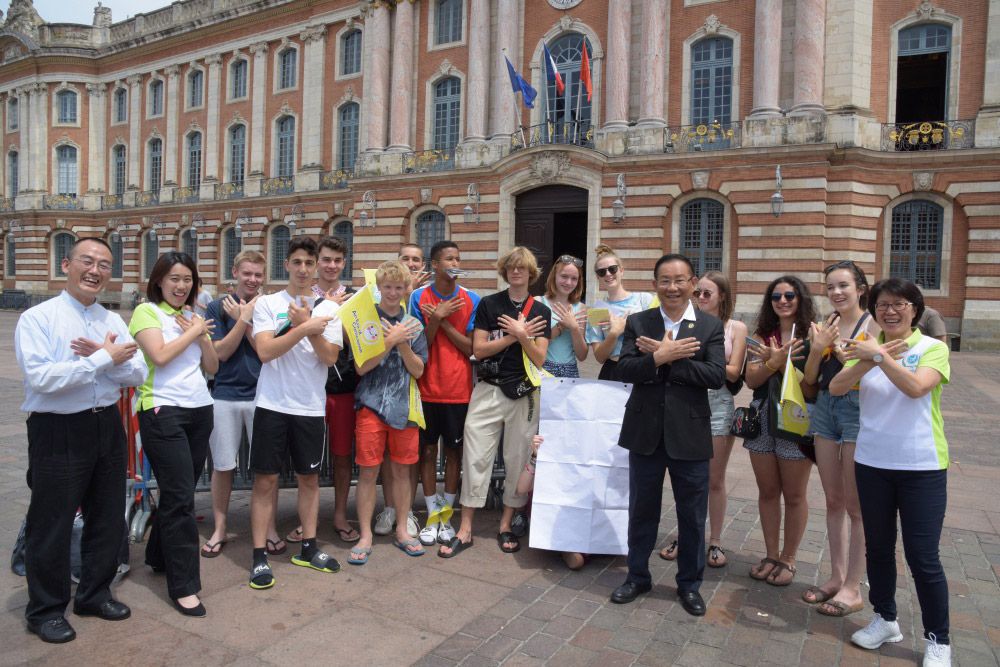 Université de Toulouse was one of the historic universities in Europe. Founded in 1229, the university houses more than 97,000 students, and is the third largest university in France. The city of Toulouse is able to nurture high quality citizens and attract top talents and technology firms to establish its HQ there. Throughout the city, one can observe the aesthetics between the beauty of people amidst the ancient cultural remnants, as well as the confidence and pride in owning such culture. These are the results of the government's efforts to preserve cultural heritage and legacy.