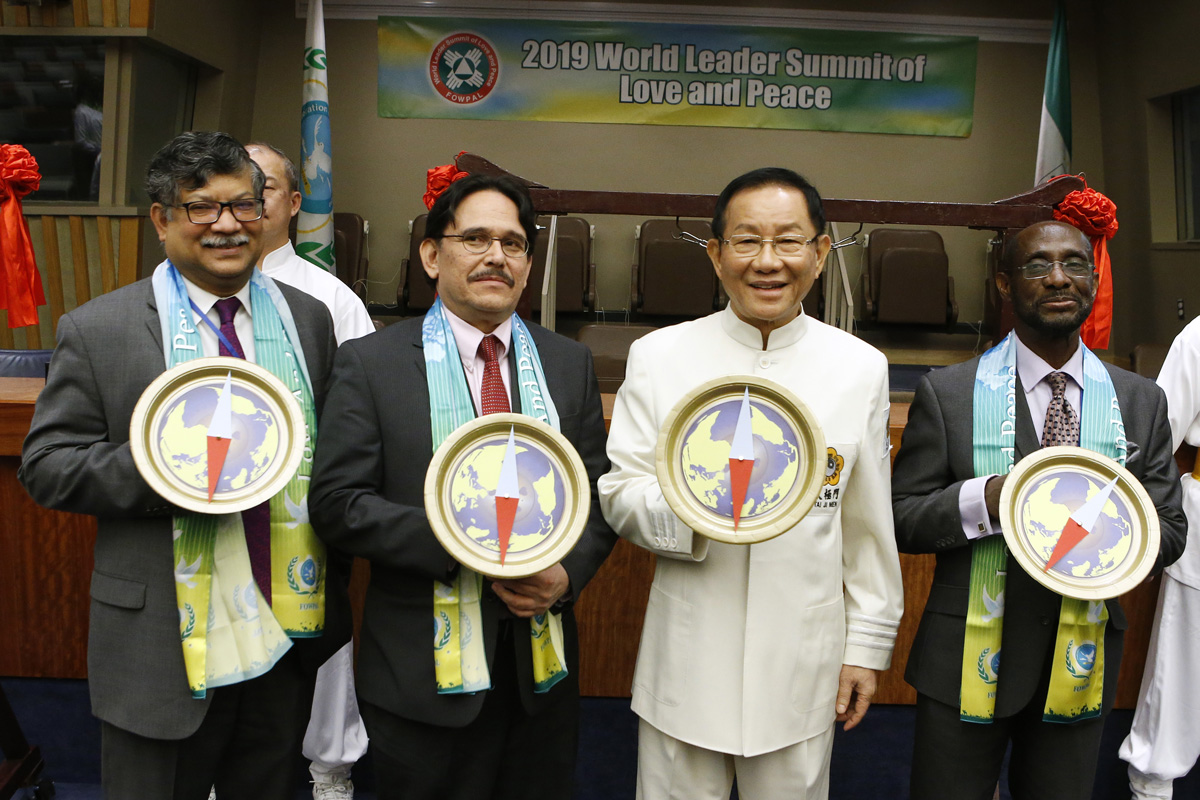 One click can change the world. Peace is the common aspiration of mankind. Seventy years have passed since the end of World War II. Humanity's pursuit of peace has never stopped, yet the world remains tumultuous. On February 5, 2019, Dr. Hong, Tao-Tze, President of the Federation of World Peace and Love (FOWPAL), launched the global endorsement campaign for the Declaration of International Day of Conscience at the World Leader Summit of Love and Peace, co-organized by FOWPAL and the Permanent Mission of Equatorial Guinea to the UN at the United Nations in New York. The theme of the summit was  “Promoting the Culture of Peace with Love and Conscience.” To date, people in 135 nations have endorsed the declaration. FOWPAL firmly believed that with more people’s conscience awakened and with more people supporting this declaration, we will generate powerful positive energy and create a culture of love, peace and conscience worldwide, which will foster global peace and harmony, safeguard international security, and enhance the well-beings of humanity. 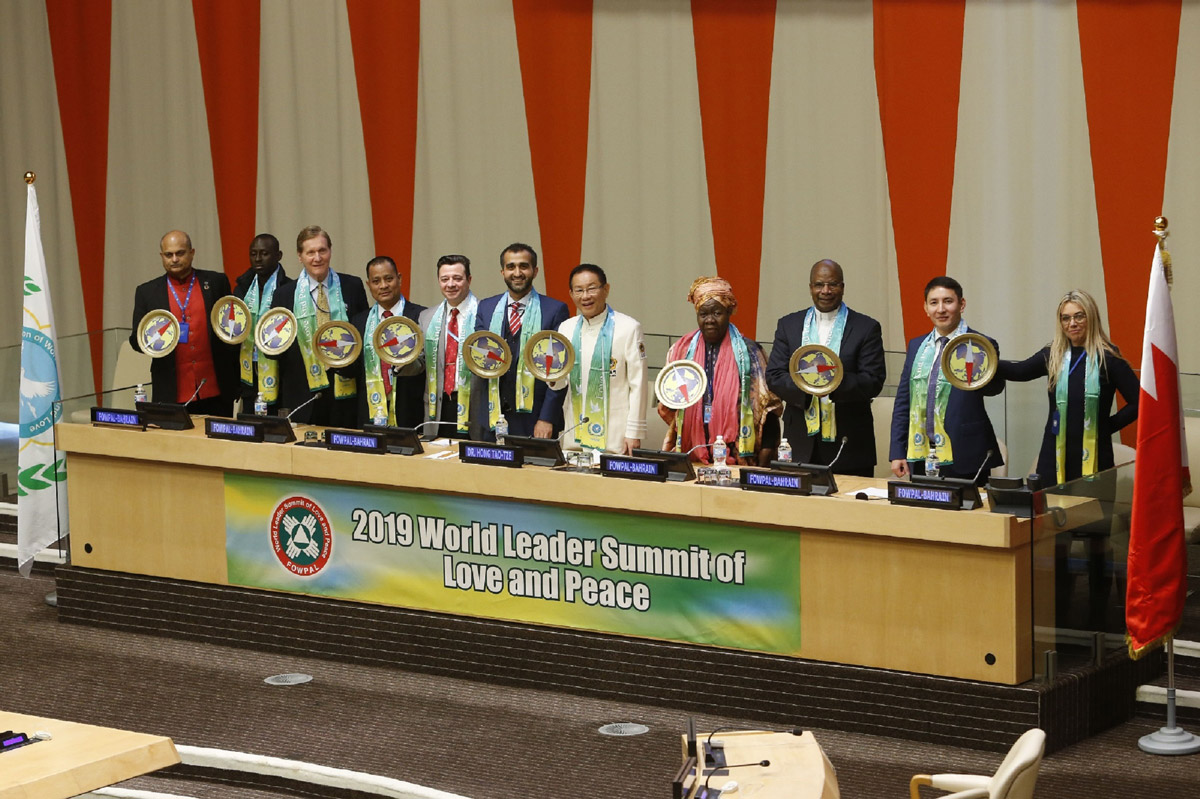 The declaration, which has been translated into 41 languages, aims to inspire everyone to follow his/her conscience and promote world peace. It is hoped that the declaration will be widely endorsed across the planet. Over the years, to remind people of the importance of conscience and to encourage global citizens to work together to safeguard peace and the sustainable development of our world, FOWPAL has worked with various missions to the UN since April 5, 2018 to promote the culture of peace with love and conscience. The idea has resonated with many Permanent Missions. In recognition of this initial global collaboration, FOWPAL chose April 5 as the International Day of Conscience. 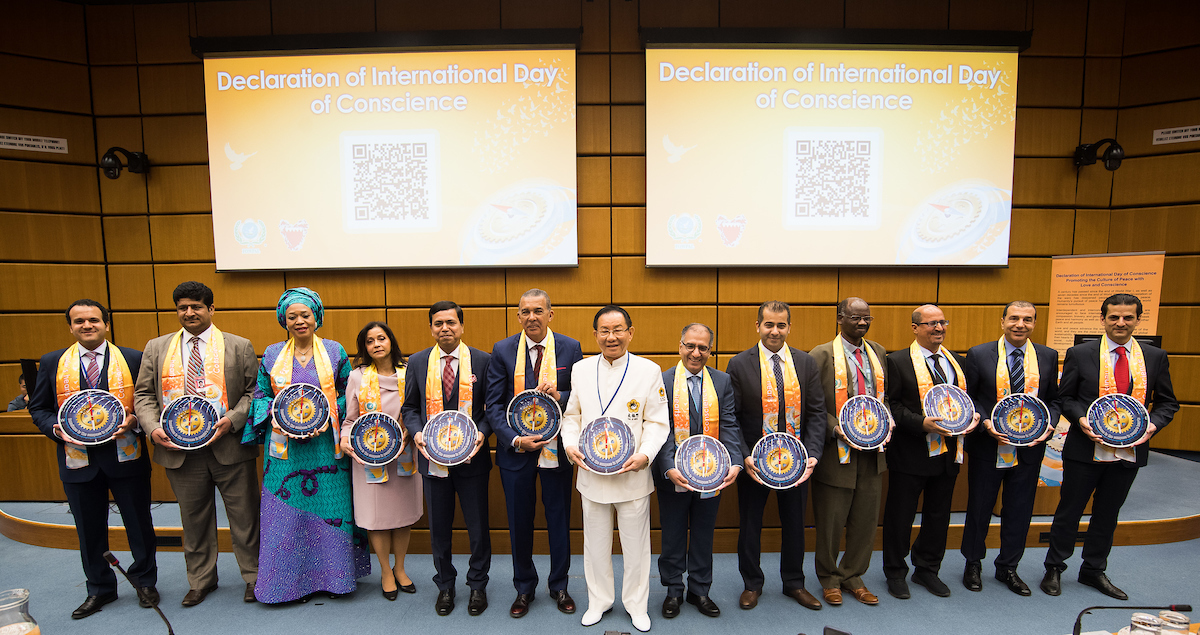 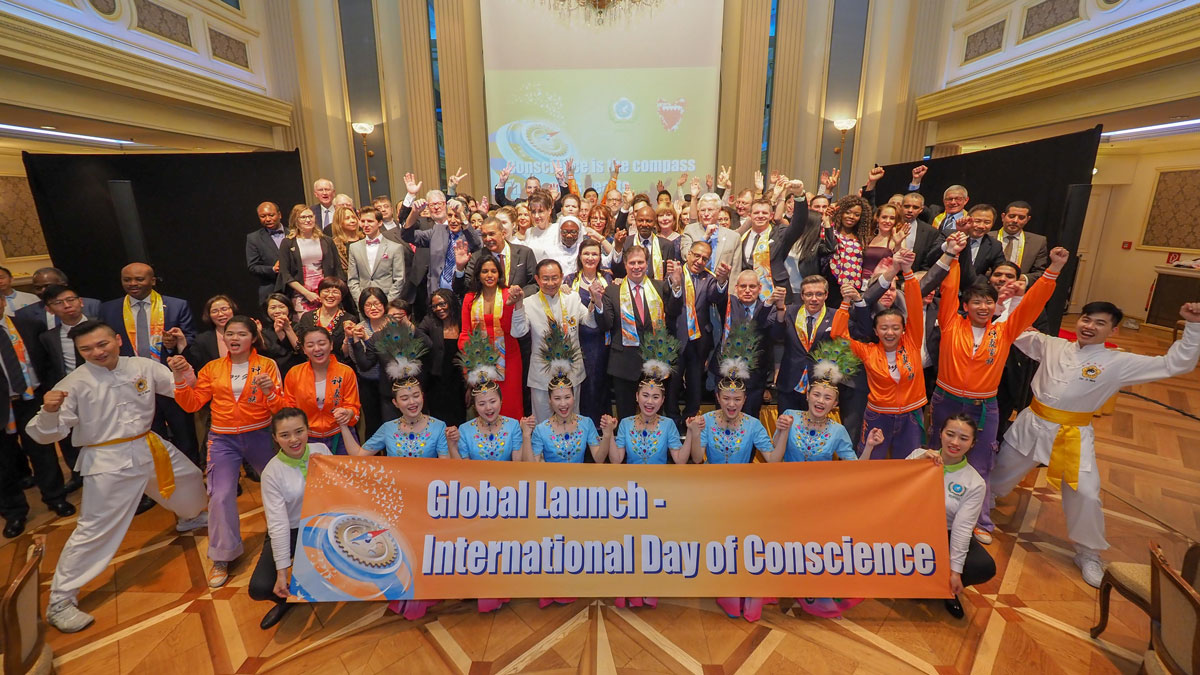 On April 5, the Permanent Mission of Bahrain to the United Nations Office in Vienna and FOWPAL jointly proclaimed April 5 as the International Day of Conscience. Ambassador Bucheeri read the message of H.R.H. Prince Khalifa bin Salman Al Khalifa, Prime Minister of the Kingdom of Bahrain, to celebrate this important day. His Royal Highness stressed, "All endeavours that support global cooperation for the advancement of a world culture that endorse a Culture of Peace, with Love and Conscience deserve nothing less than our unceasing support." Dr. Hong, President of FOWPAL, stated, "The purpose of the proclamation of the International Day of Conscience is to remind people to listen to their conscience and seek wisdom and balance through self-reflection and self-correction in order to attain inner peace. Through spreading a culture of love and peace guided by conscience to all global citizens, we hope that everyone’s conscience will become awakened and eventually the dream of world peace will become a reality.” Dr. Werner Fasslabend, former Minister of Defense of Austria, said in an interview, “We Austrians are very proud that Dr. Hong started this International Day of Conscience here in Vienna.” 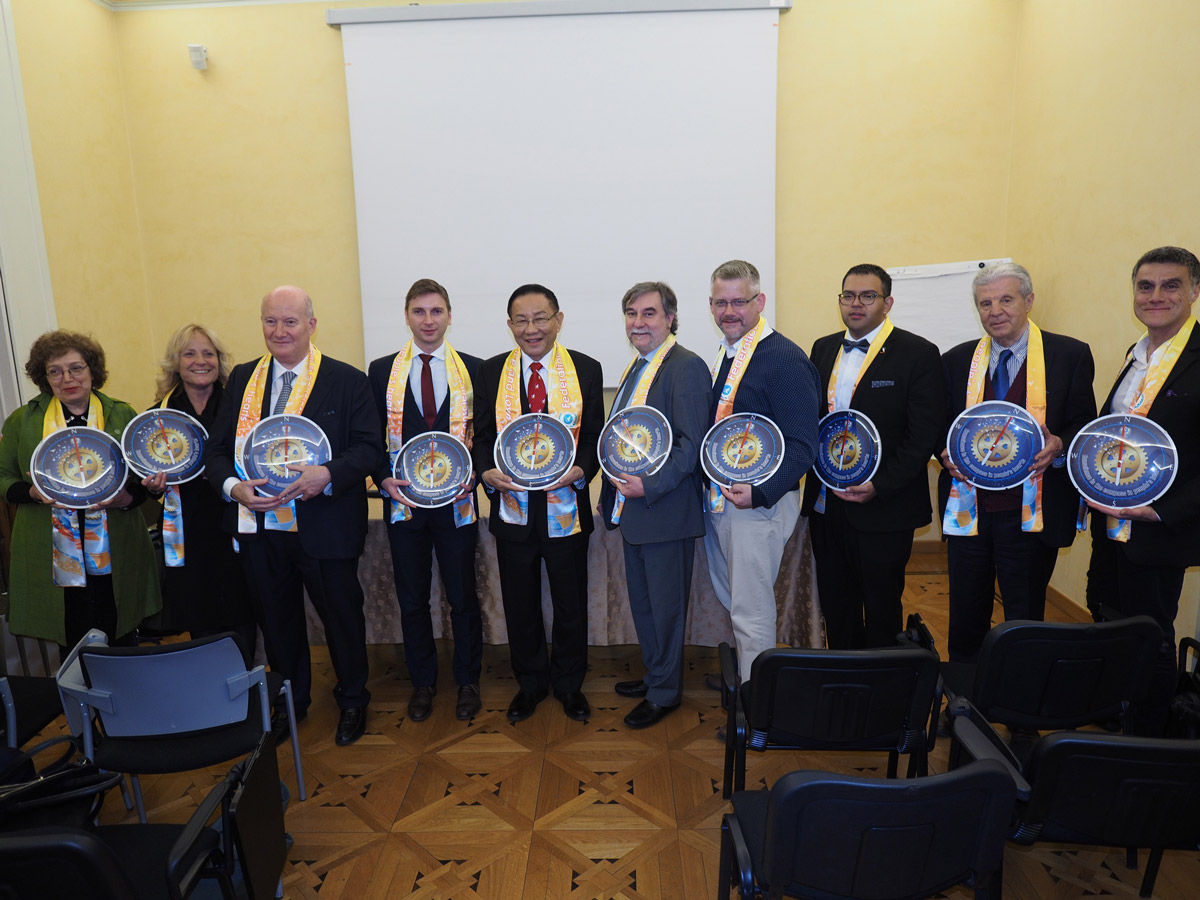 During the 2019 Turin International Book Fair, which was held on May 9-13 in Turin, Italy, Dr. Hong, Tao-Tze, President of FOWPAL, received FIRMA (International Festival of Religions, Music, and Arts) Global Peace Award. The event organizer honored the awardees with a dinner party on May 13, during which FOWPAL invited important guests and awardees from Mexico, the US and Italy to support the Declaration of International Day of Conscience. The positive impact of the declaration will continue to ripple out, positively impacting the world.

You are cordially invited to endorse the declaration online. Please invite your family, friends, and co-workers to endorse it and join the ranks of peace promoters. Your one click has the power to change the world for the better. Your action is indispensable for the betterment of the world. Below is the link to the endorsement page. http://www.fowpal.org/Endorse/doidoc_endorse/index.php.