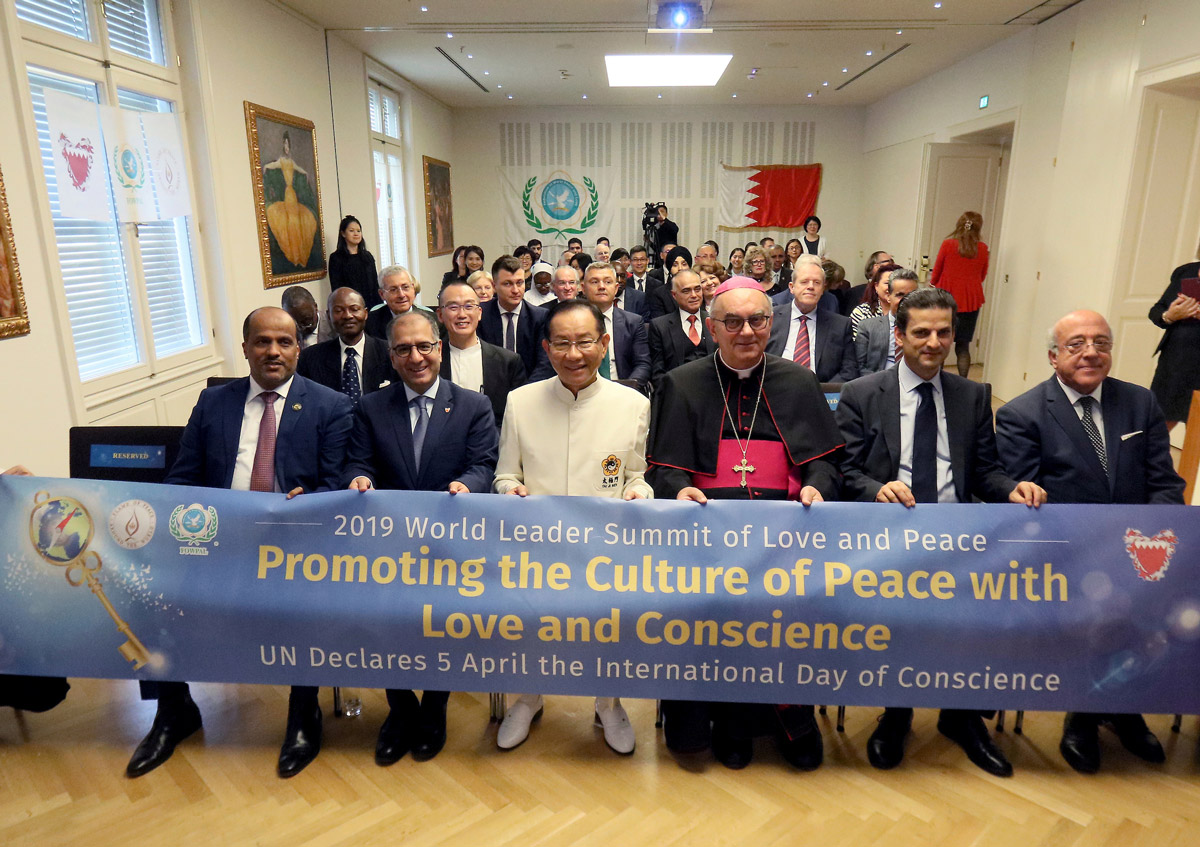 Ambassadors, leaders of NGOs and business leaders shared their insights on love, peace, and conscience during the World Leader Summit of Love and Peace, co-organized by the Permanent Mission of Bahrain to the UN (Vienna), the Flame of Peace, and the Federation of World Peace and Love (FOWPAL), in Vienna on October 10, 2019. The event, attended by leaders of conscience from 22 nations, was to celebrate the United Nations’ adoption of the resolution entitled “Promoting the Culture of Peace with Love and Conscience” and the designation of April 5 as the International Day of Conscience.

Several similar celebrations were held during the 68th UN Civil Society Conference and the 74th session of the UN General Assembly since the adoption of the International Day of Conscience by the UN in July 2019. Through these events, the awareness of this UN day has been raised among leaders from around the world. Widespread promotion of the International Day of Conscience will lead to humanity’s collective awakening of conscience.

During the summit, H.E. Dr. Yusuf Abdulkarim Bucheeri, Permanent Representative of Bahrain to the UN (Vienna), expressed his joy of co-hosting the conference with FOWPAL and the Flame of Peace. He said: “I wish to pay tribute to Dr. Hong and the global members of FOWPAL for their dedication, commitment, resilience, and tireless efforts promoting the culture of peace with love and conscience.” 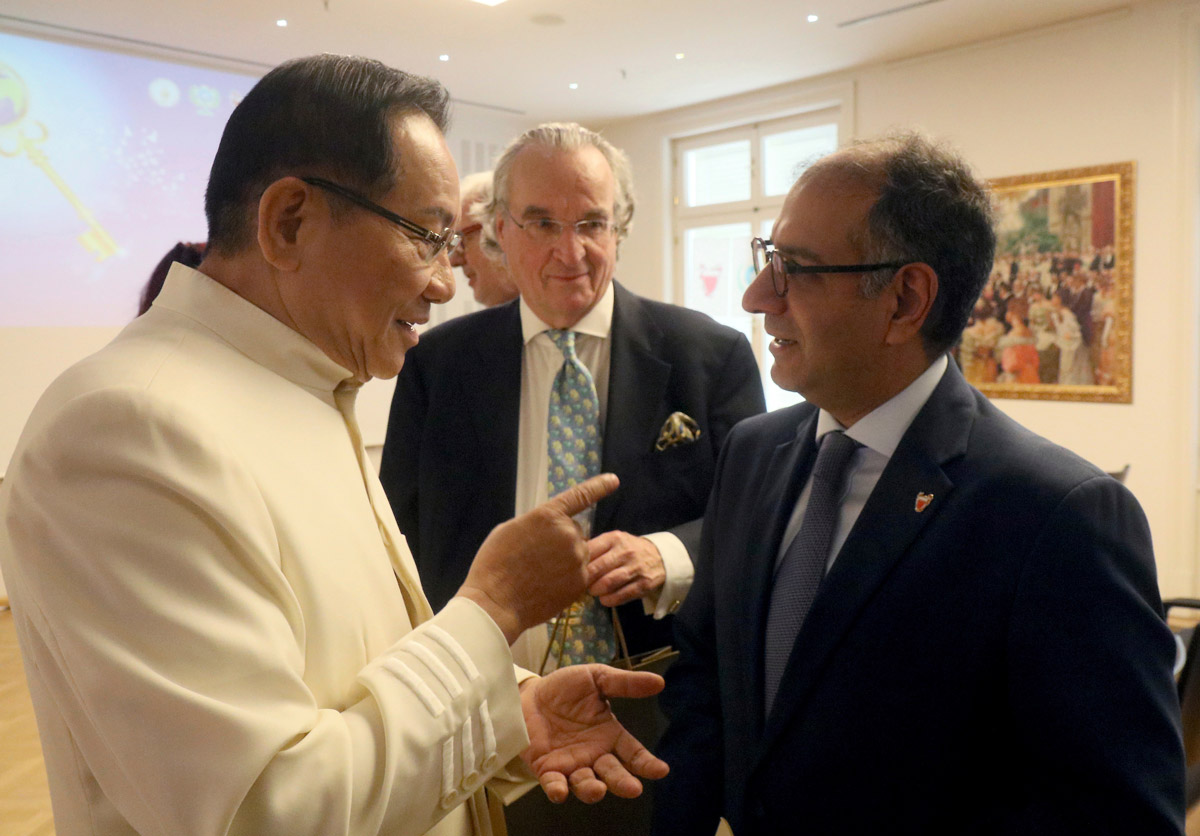 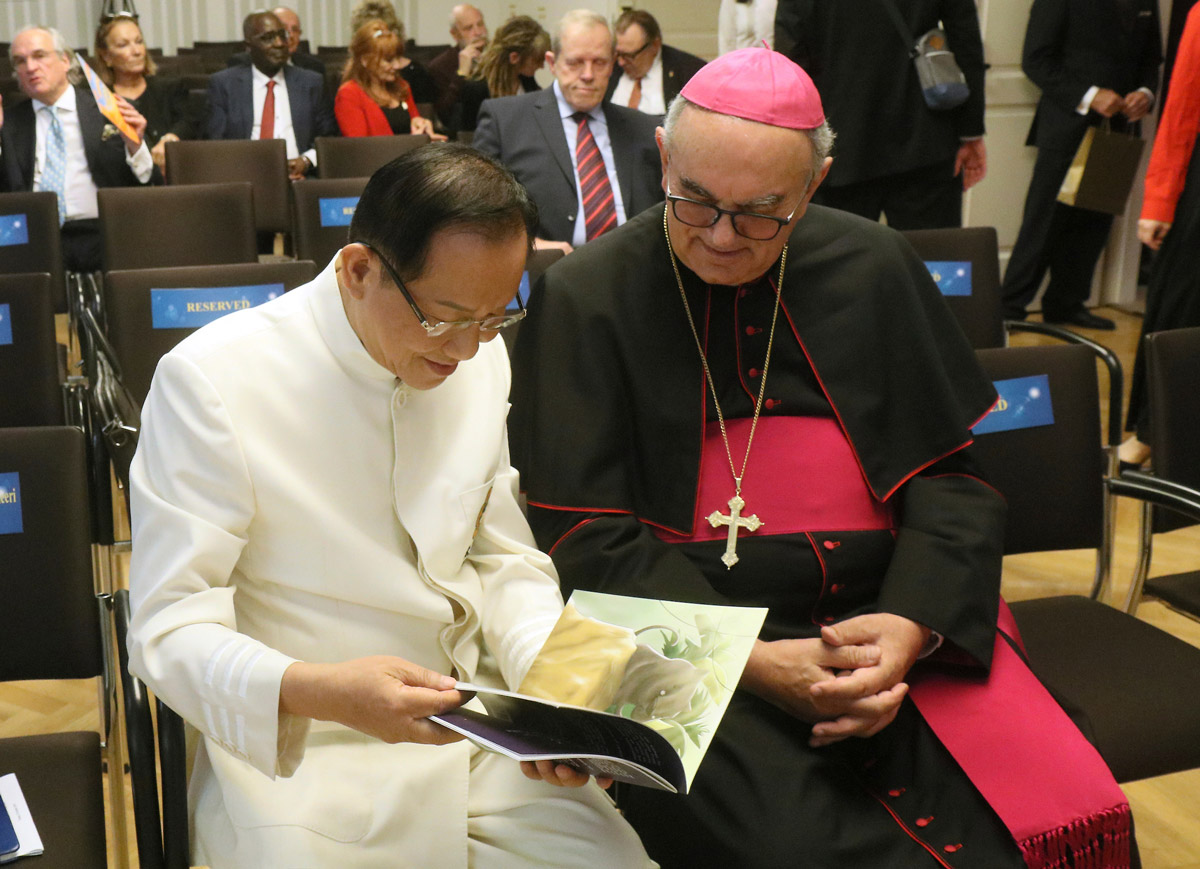 Ambassador Bucheeri also shared a message from H.R.H. Prince Sheikh Khalifa bin Salman Al Khalifa, the Prime Minister of Bahrain, about the UN’s designation of April 5 as the International Day of Conscience. His Royal Highness proclaimed, “This day will be, from now on, a new, constructive, regular and consistent way to mobilize the international community's efforts to promote peace for security of peoples and communities and achieve sustainable development goals.” 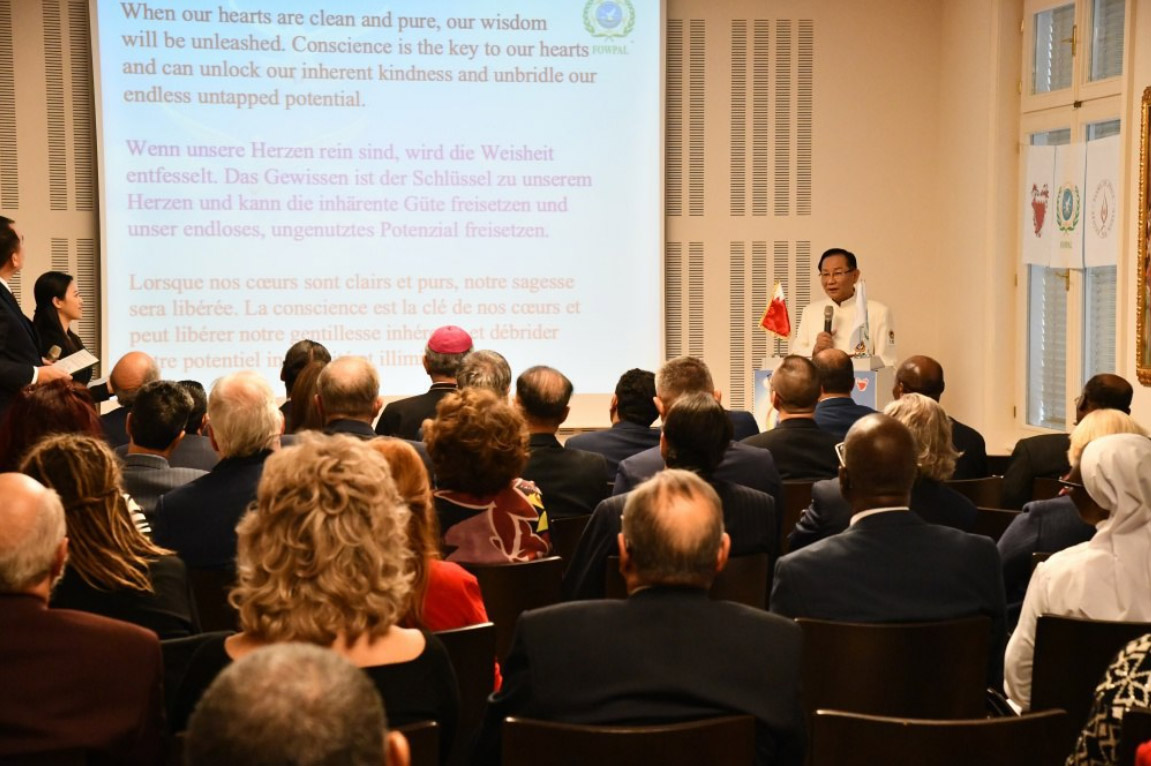 Dr. Hong, Tao-Tze, President of FOWPAL, stressed, “Every one of us here today is a leader of conscience with great influences. We hope that after exchanging ideas and experiences with one another, we will jointly promote the International Day of Conscience in our respective nations and positions. We can host educational programs on love, peace, and conscience and encourage peace talks and universal ceasefires. Through our collective efforts, we will create a culture of conscience to benefit all humanity and allow the current and succeeding generations to enjoy a future of peace, harmony, and sustainability.”

Several speakers shared their thoughts about conscience. His Lordship Bishop Camillo Ballin, Apostolic Vicar of Northern Arabia, stressed, “ From their time at primary school, children must be educated to listen to the inner voice that directs them towards moral rectitude.”

On behalf of the president of Lebanon, H.E. Mr. Ibrahim Assaf, Ambassador of Lebanon to the UN (Vienna), attended the summit and said that “a culture of peace is one of the most important tools of the United Nations.” Ambassador Assaf also stated that differences do exist, so “dialogue has become a necessity. 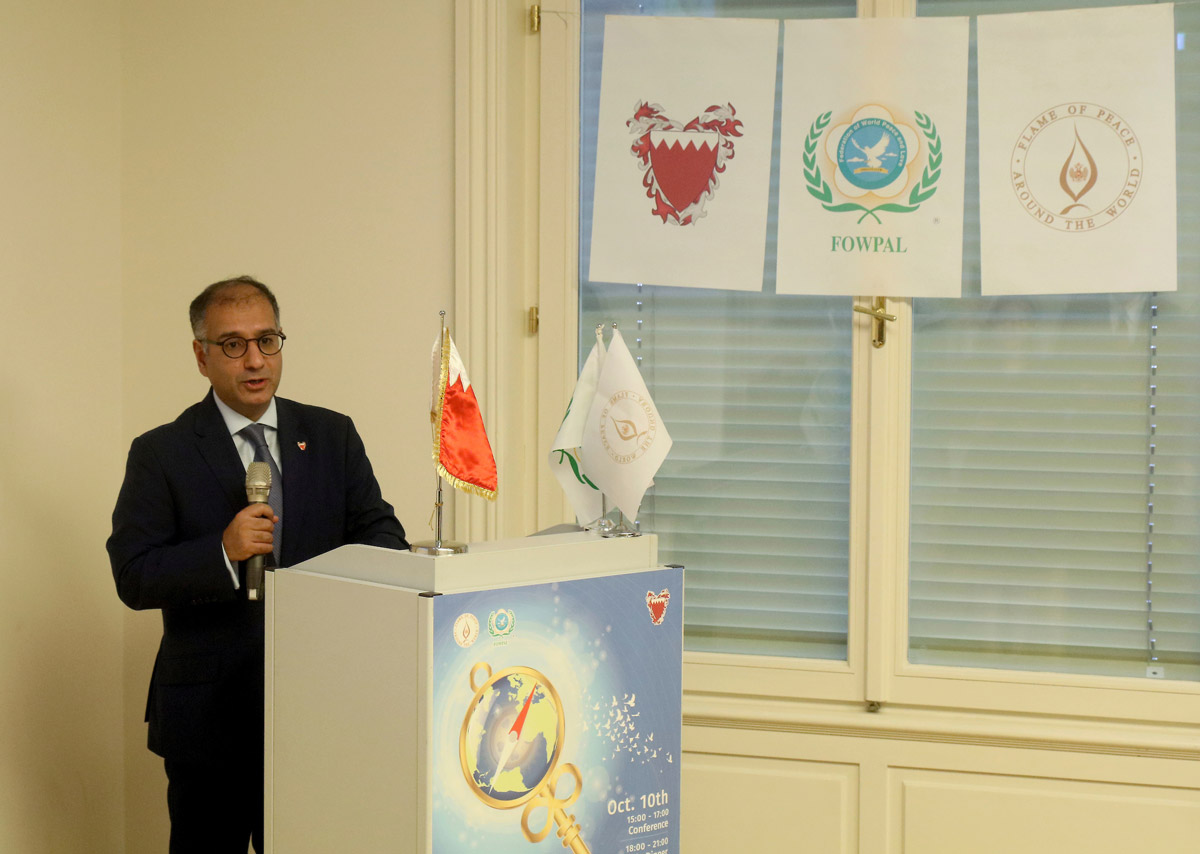 H.E. Mr. Mohammed Saleh Ali Rashid Al Gheilani, Head of the Permanent Observer Mission of the Gulf Cooperation Council (GCC) to the UN in Vienna, said that he would like to congratulate the Kingdom of Bahrain, one of the member countries of GCC, on having its draft resolution adopted by the United Nations. Thanks to the Kingdom of Bahrain, along with FOWPAL, “we got actually a day of conscience,” said the GCC UN ambassador.

H.E. Mr. Mirghani Abbaker Altayeb Bakhet, Ambassador of Sudan to the UN (Vienna), expressed his appreciation to the Kingdom of Bahrain and the FOWPAL for all their efforts to foster world peace and a culture of peace. 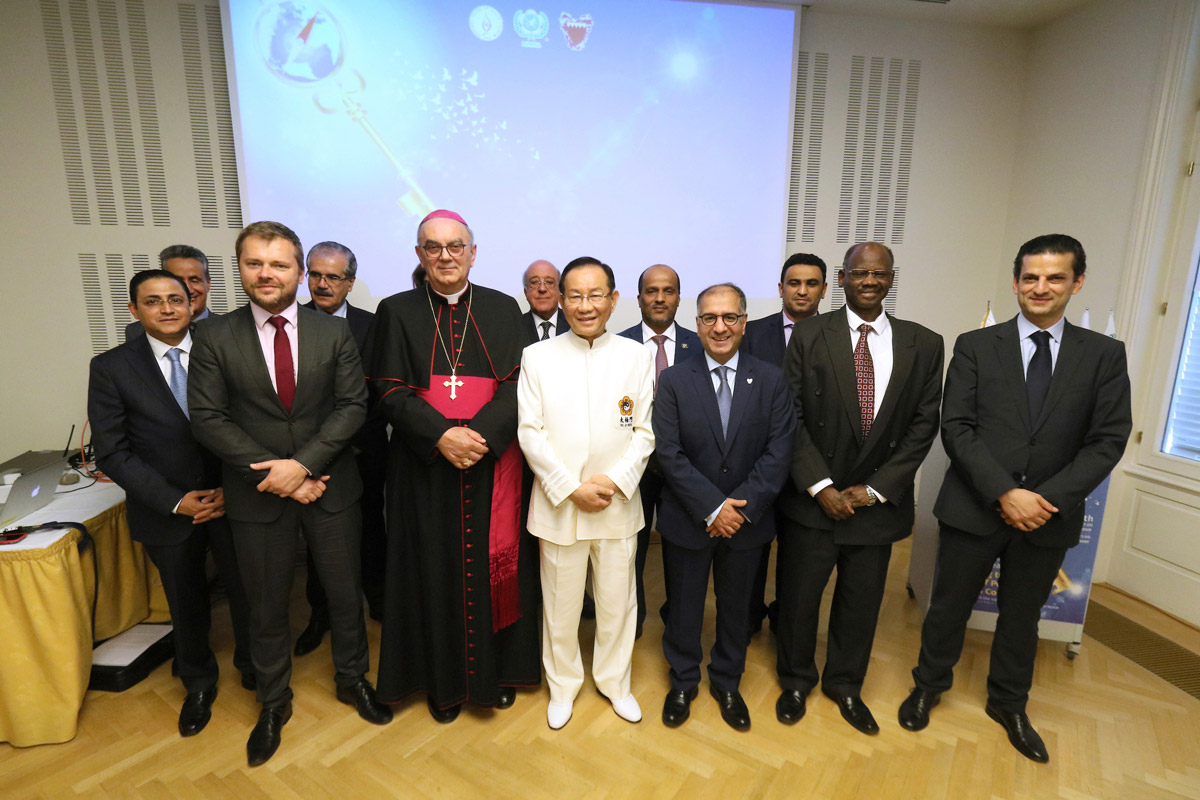 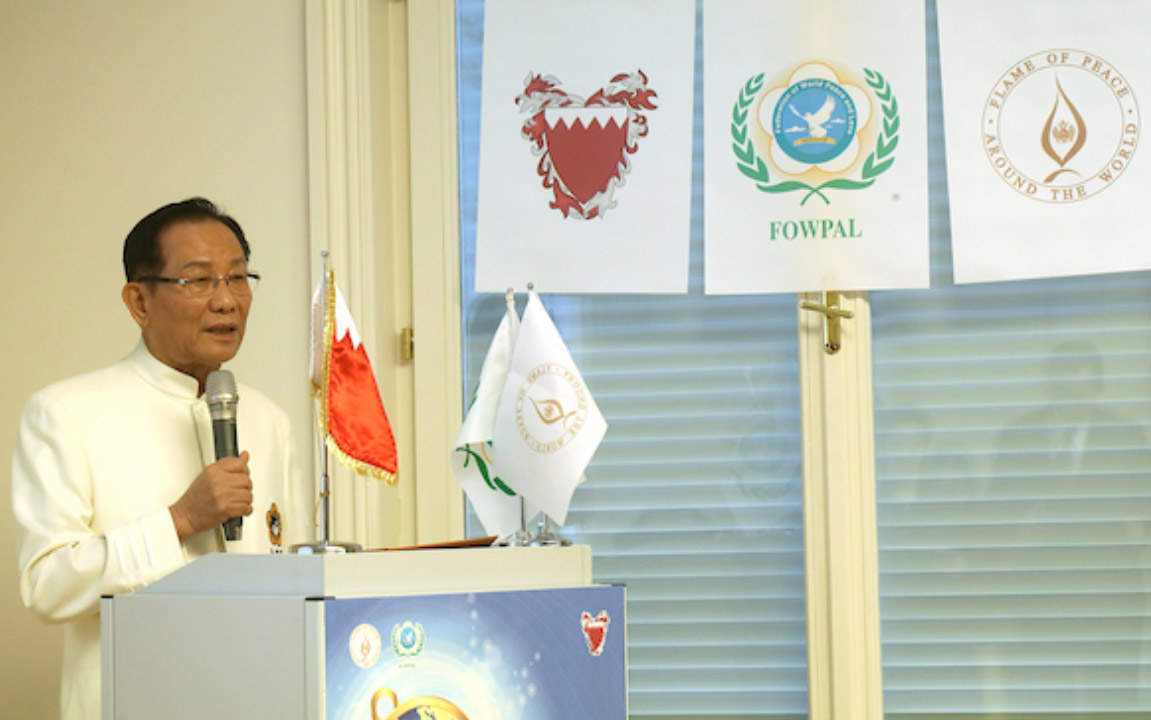 With reference to the impact of global warming, Mr. Hans-Werner Kummerow, Managing Director of SBI Sons of Bavaria Investment AG, proposed to produce fresh water by desalination. He thinks this will “slow down the rise of sea levels, remove plastics from the oceans, help increase forested areas, help feed a growing population, help to cool lower levels of the atmosphere, create a patchwork of UN-Territories and spread Peace with Love and Conscience.”

FOWPAL hopes that all peace promoters will work together and encourage people in all parts of the world to celebrate the first-ever International Day of Conscience together on April 5, 2020!

Celebrating the UN’s Declaration of April 5th as the International Day of Conscience - An Evening of Love, Peace and Conscience