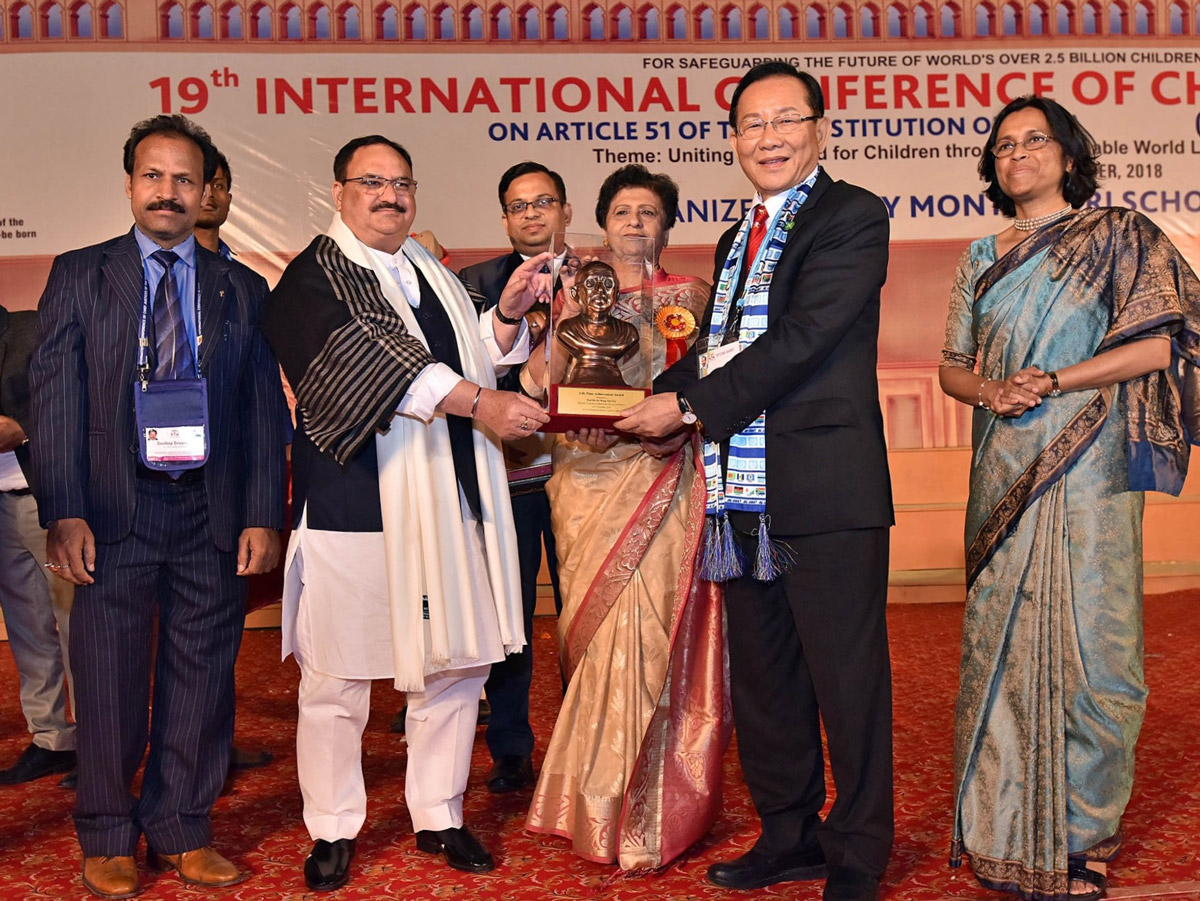 The year 2018 marks the centenary of the end of World War I. More than 70 heads of state congregated in Paris on November 11 to commemorate the historic moment. In contrast to wars, events that promote respect for human rights and the rule of law bring blessings to humanity. The International Conference of Chief Justices of the World is one of such events. On November 14-20, 2018 in Lucknow, India, the 19th International Conference of Chief Justices of the World was held, with people from 71 nations, including heads of state, visionary leaders, 309 chief justices and justices in attendance.

On the evening of Nov. 17, the Minister of Health and Family Welfare of India, Mr. Shri Jagat Prakash Nadda, on behalf of City Montessori School (CMS), the organizer of the Conference, presented a Certificate of Lifetime Achievement Award to Dr. Hong,Tao-Tze, President of the Federation of World Peace and Love (FOWPAL), in recognition of his contributions to world peace. Along with the certificate, a statue of Mahatma Gandhi was presented to Dr. Hong; the award conveyed the school’s great respect for Dr. Hong, as the Indian people have great respect for Mahatma Gandhi, whose non-violence movement has inspired many nationalists as well as peaceful protests around the globe. In recent years, the movement of An Era of Conscience that Dr. Hong has been promoting has had a profound impact on the world. 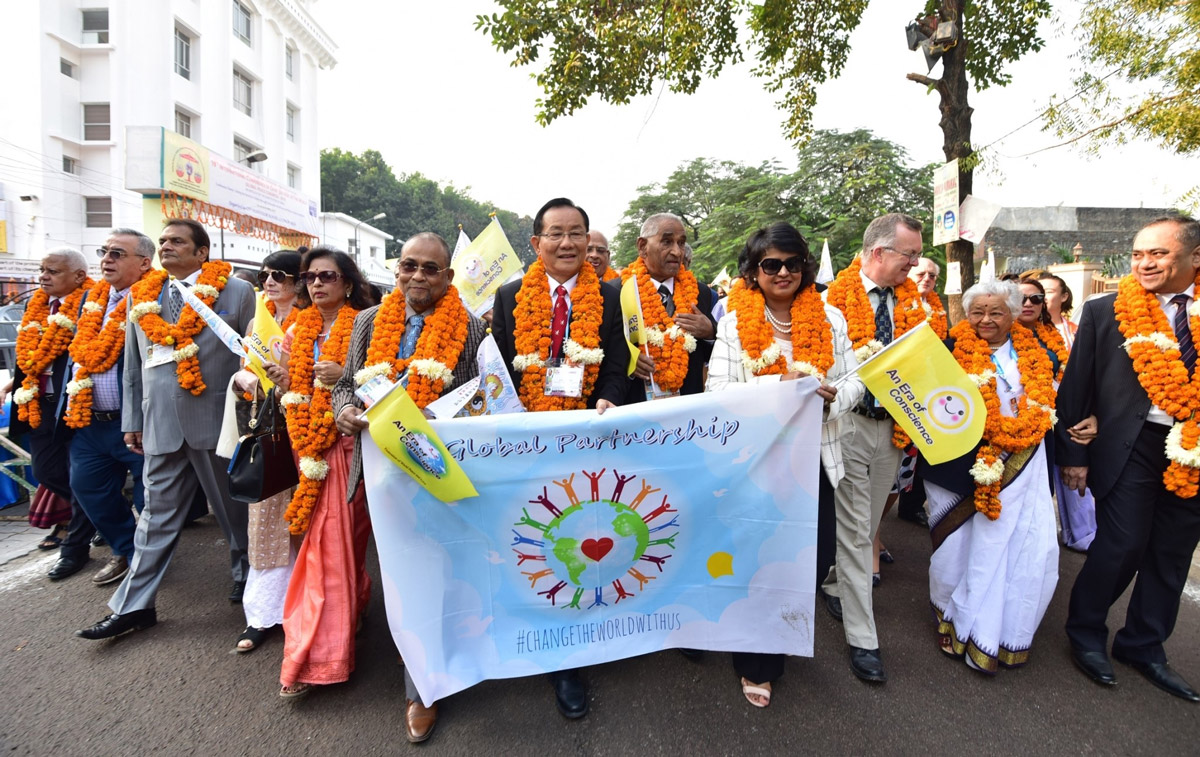 Over the years, Dr. Hong has attended many UN conferences and exchanged ideas with heads of state and visionary leaders through correspondence. He has met with the late UN Secretary-General Kofi Annan and His Holiness Pope Benedict XVI to exchange ideas for love and peace. He has proclaimed several crucial declarations and launched global endorsement campaigns. These declarations have profound and far-reaching impacts on the world. In 2004, a disk was presented to the then UN Secretary-General Kofi Annan which contained the endorsement of 2 million people from 158 nations for “Love of the World, A Declaration for Peace.” In 2014 Dr. Hong launched the movement of An Era of Conscience; to date, people from 197 nations have participated in the movement, and the movement has been brought to the UN, international conferences and the International Conference of Chief Justices of the World, serving as a reference for policy-making for many countries. In 2018, Dr. Hong also organized a series of World Leader Summits of Love and Peace at the UN headquarters as well as in Vienna and India to consolidate visionary leaders’ wishes for peace. 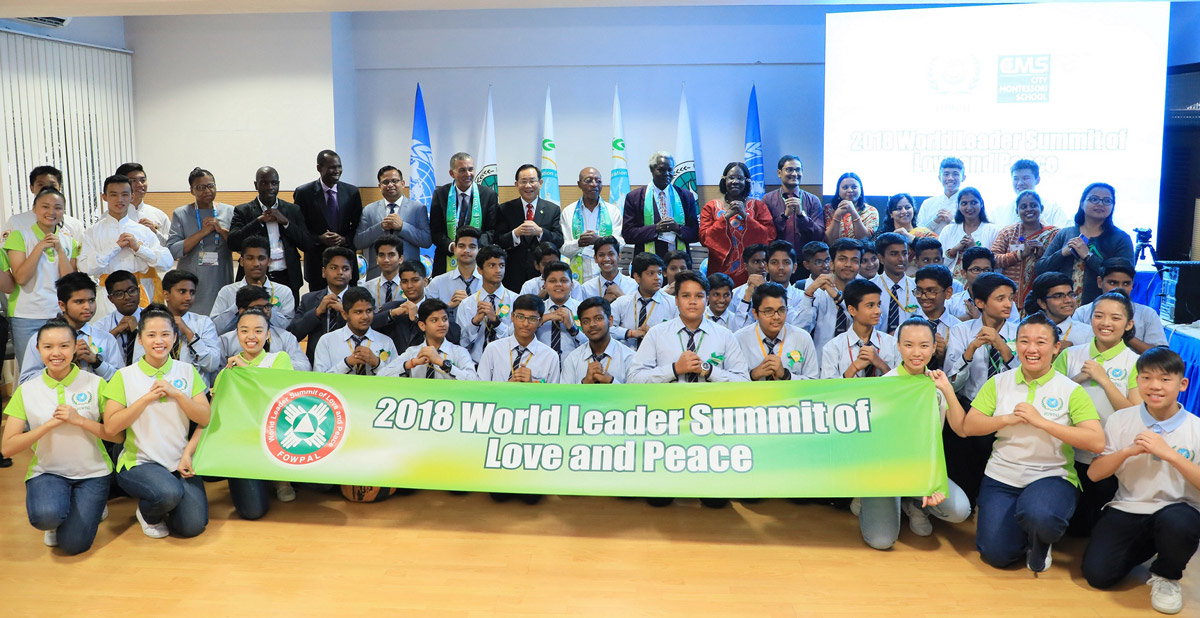 The presentation of the Lifetime Achievement Award was a historical moment, as it was the first time that CMS presented this award. The other attendees congratulated Dr. Hong on his accomplishments. Dr. Hong has been dedicated to the promotion of love and peace for 52 years and has become a friend and mentor of many world leaders. He has won many international awards, such as the Humanitarian Award presented in 2016 and the Flame of Peace Award by the Flame of Peace in Austria in 2018. Dr. Hong and FOWPAL volunteers, including many youth, have self-funded their cultural exchange trips to 90 nations. This year is the 9th time that FOWPAL participates in the International Conference of Chief Justices of the World. Every time FOWPAL attends the Conference, its members share the latest messages of love and peace. “Thinking good thoughts to improve the world” was shared at the Conference in 2007. During the Conference in 2008, the ceremony of ringing the Bell of World Peace and Love was held for the first time in India. Another bell-ringing ceremony was held in 2010 during the Conference, in addition to the promotion of the campaign of “Kind Hearts and Good Essays.” Then the Declaration of Taxpayer’s Human Rights, Declaration for the Movement of An Era of Conscience, and the Declaration of World Citizens were proclaimed by Dr. Hong in the following years. This year the FOWPAL volunteers shared the message: “Global Partnership—Change the world with us,” emphasizing that everyone is capable of changing the world and encouraging everyone to establish global partnerships for peace and security. 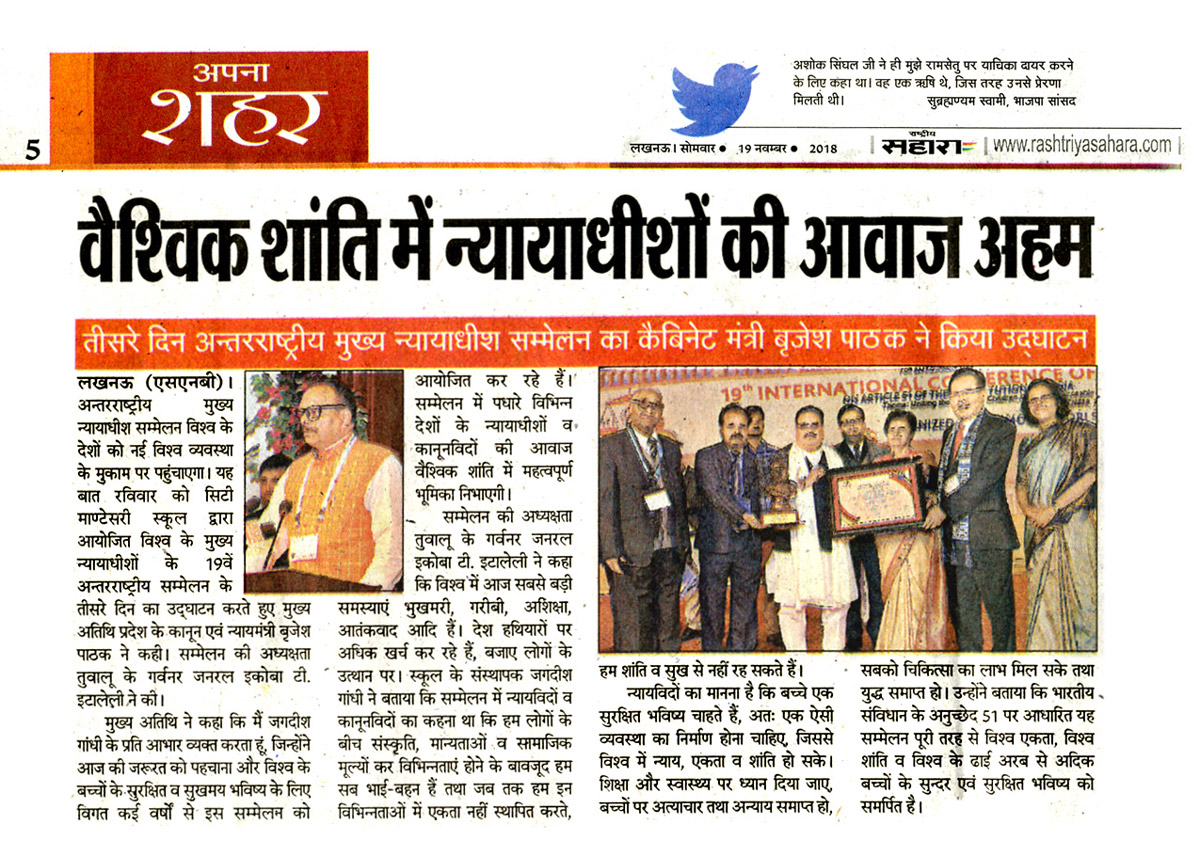 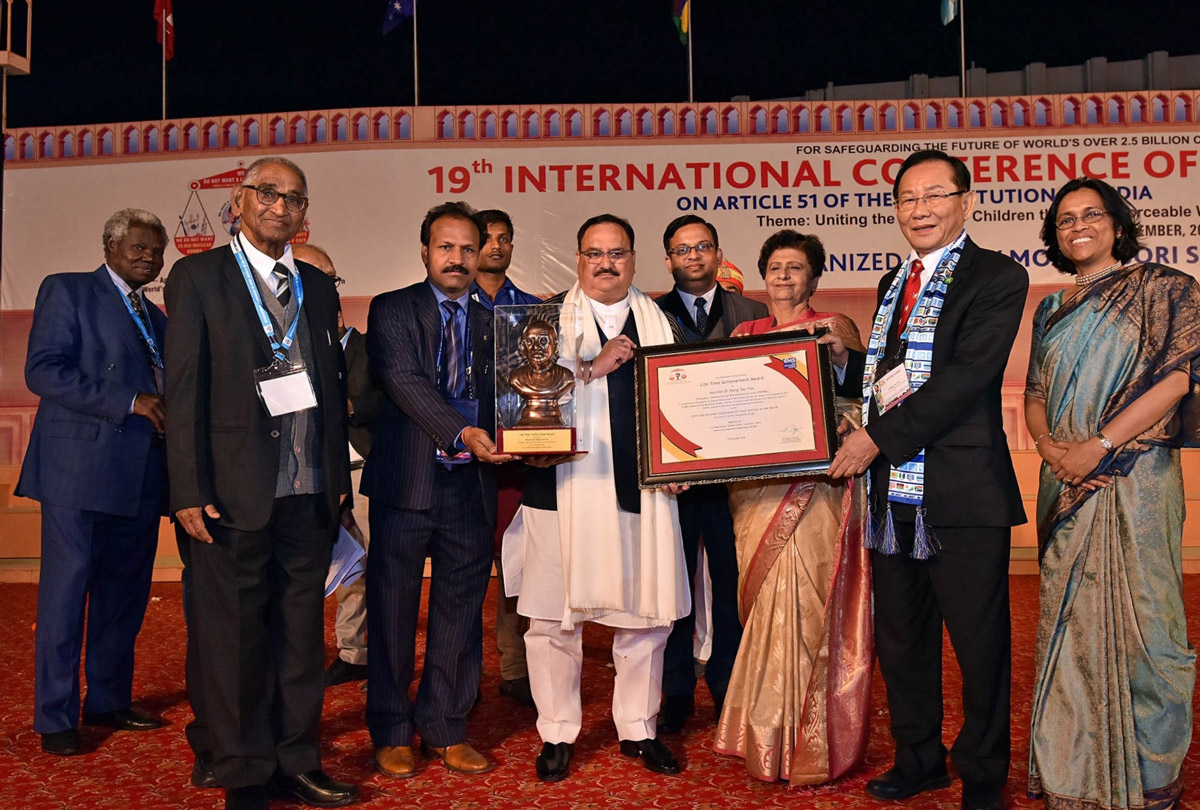