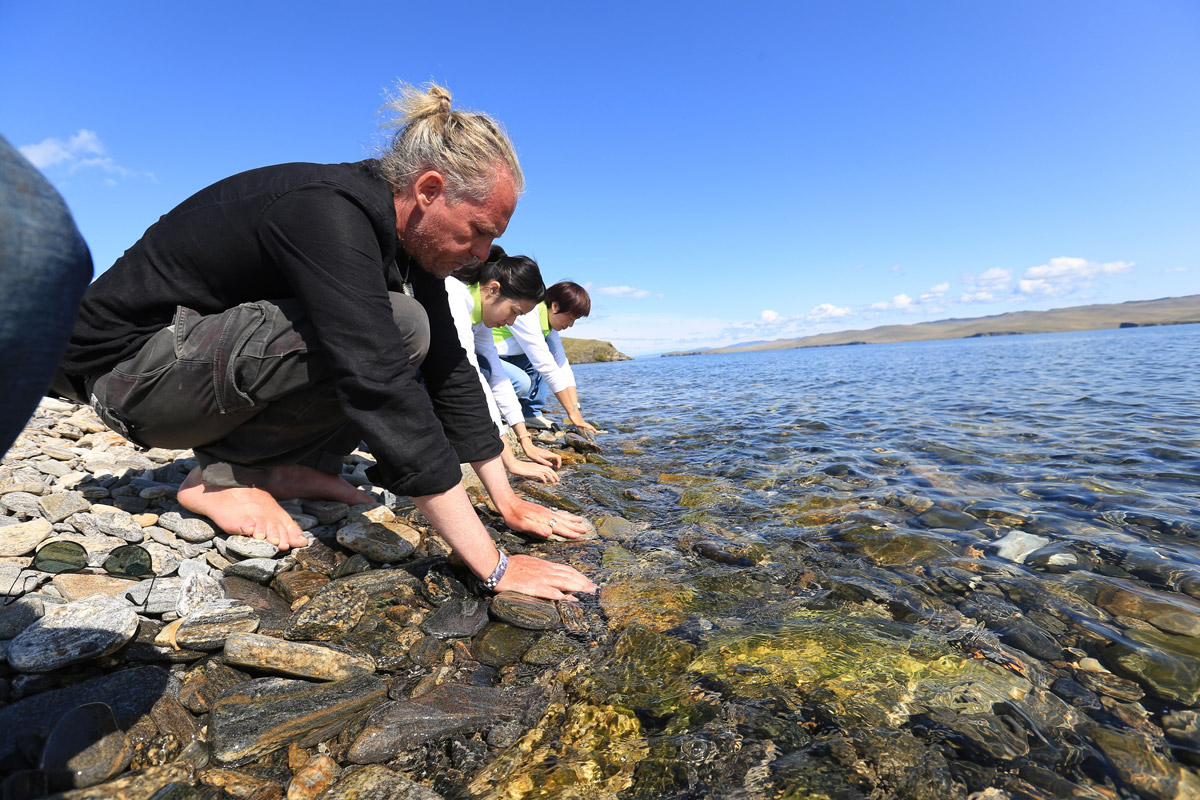 In today’s world of international tensions, impending climate disaster, seemingly perpetual trade wars and ongoing racial and class conflict, now, more than ever, we need to find a way to balance all this chaos and despair with secure and peaceful energy.

To this end, Nina Goncharova (founder of GONG 3000) and her team conduct the School of Life program in Irkutsk, Russia. This year, they are sponsoring a peaceful trip entitled: “The New Earth: Baikal - Planet Expedition Baikal Peace Ship” from August 23-30, 2019. The aim of this expedition is to come together and envision the steps necessary for transitioning from an old world of self-destruction into a new world of love, unity, beauty and creation. 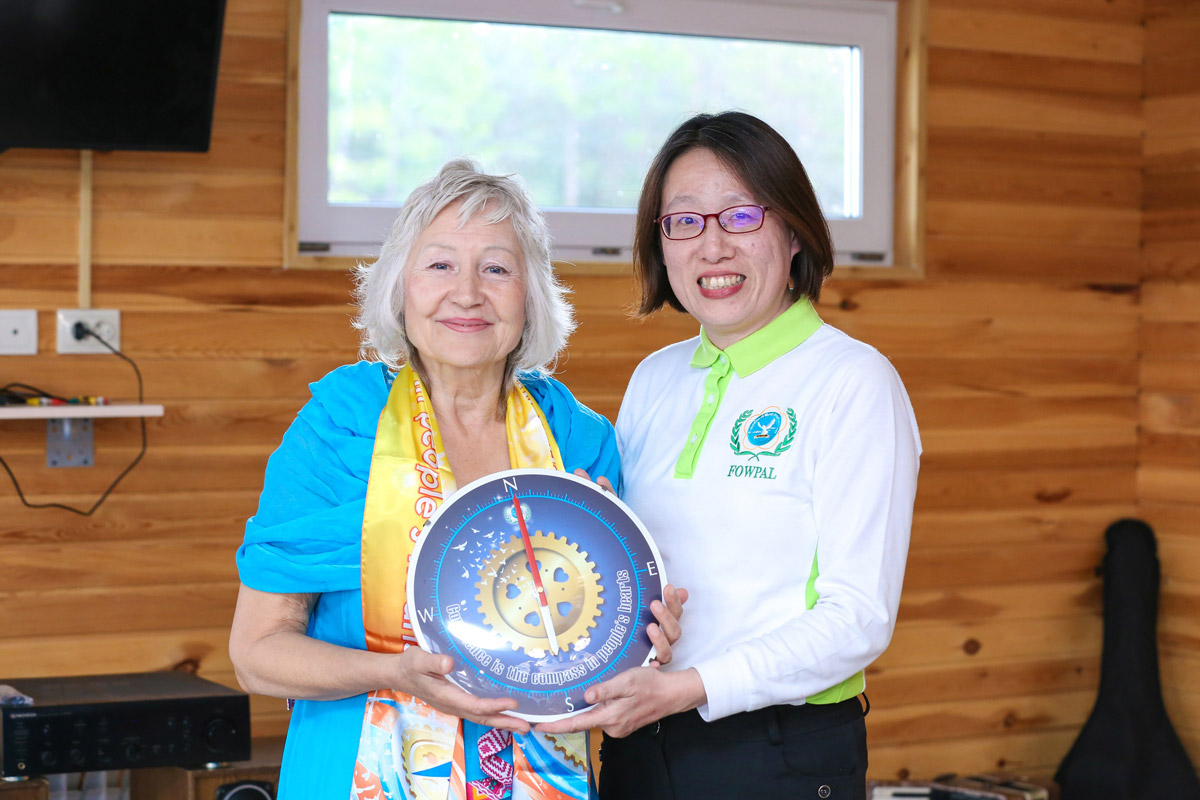 The delegation of the Federation of World Peace and Love (FOWPAL) was invited to take part in this event and shared with participants the Declaration of International Day of Conscience, which has received endorsements from more than 160 countries.

Specifically, the FOWPAL delegation invited all of the event participants to join them in co-hosting the ceremony of promoting global endorsement of the “Declaration of an International Day of Conscience” in Russia and in collaborating to build peaceful cultures driven by love and conscience.

Since 1996, Ms. Goncharova and her team have been uniting peace-loving people from all over the world with those in Russia. Her team focuses not only on developing people’s inner harmony through building connections with nature, but on healing our planet through the peaceful atmosphere created by spiritual practitioners. 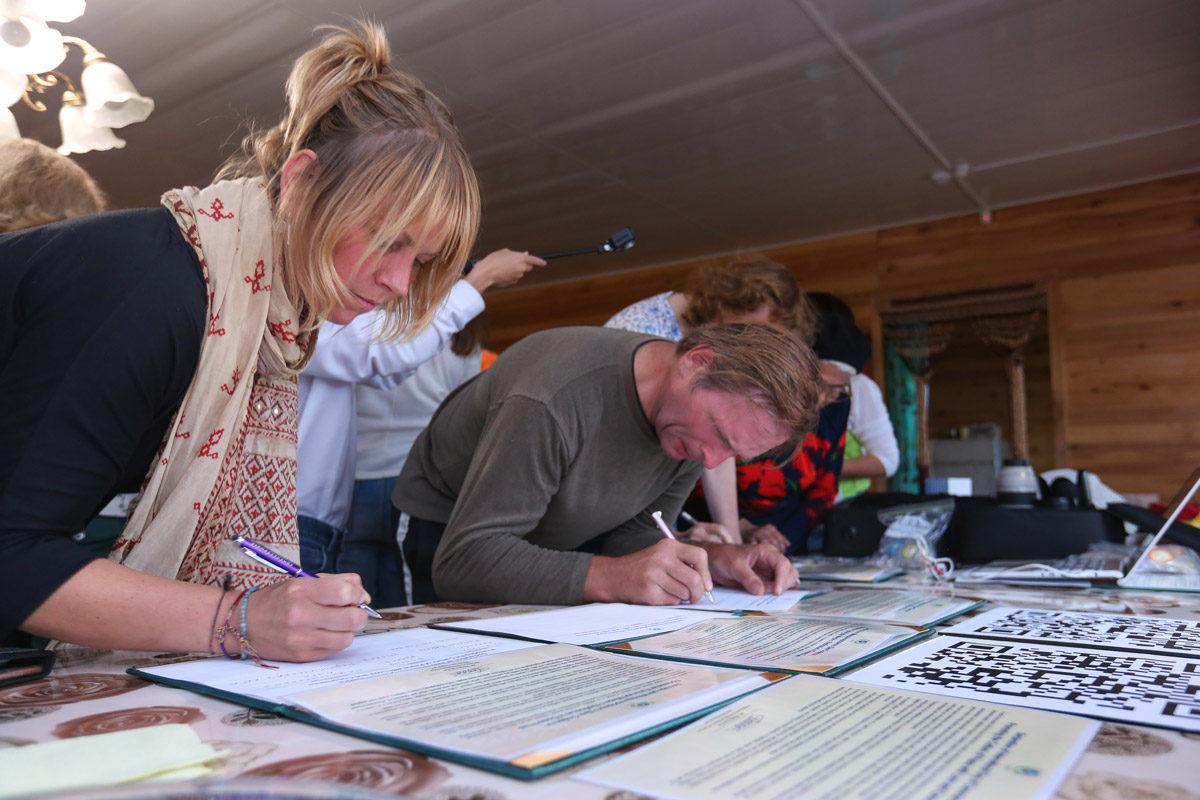 This year, peace-loving people from across the globe participated in the “Planet Expedition Baikal Peace Ship” program. During the eight-day event, organizers also arranged a hike around Lake Baikal, which enabled participants to experience the harmony between their body, mind and nature while immersing themselves in the lake and feeling its vibration. Through a variety of magnificent events, planned speeches and spontaneous sharing, participants were encouraged to awaken their inner consciousness and express gratitude. In addition, they were encouraged to share their experiences of promoting love and peace.Ms. Goncharova happily expressed“I would like to express unlimited gratitude to Dr. Hong and the entire for FOWPAL delegation because they brought real love and peace to Olkhon island, to our community and we live together as one loving family.  And the presence of the FOWPAL energy boys and energy girls was incredible gift for all of us.” 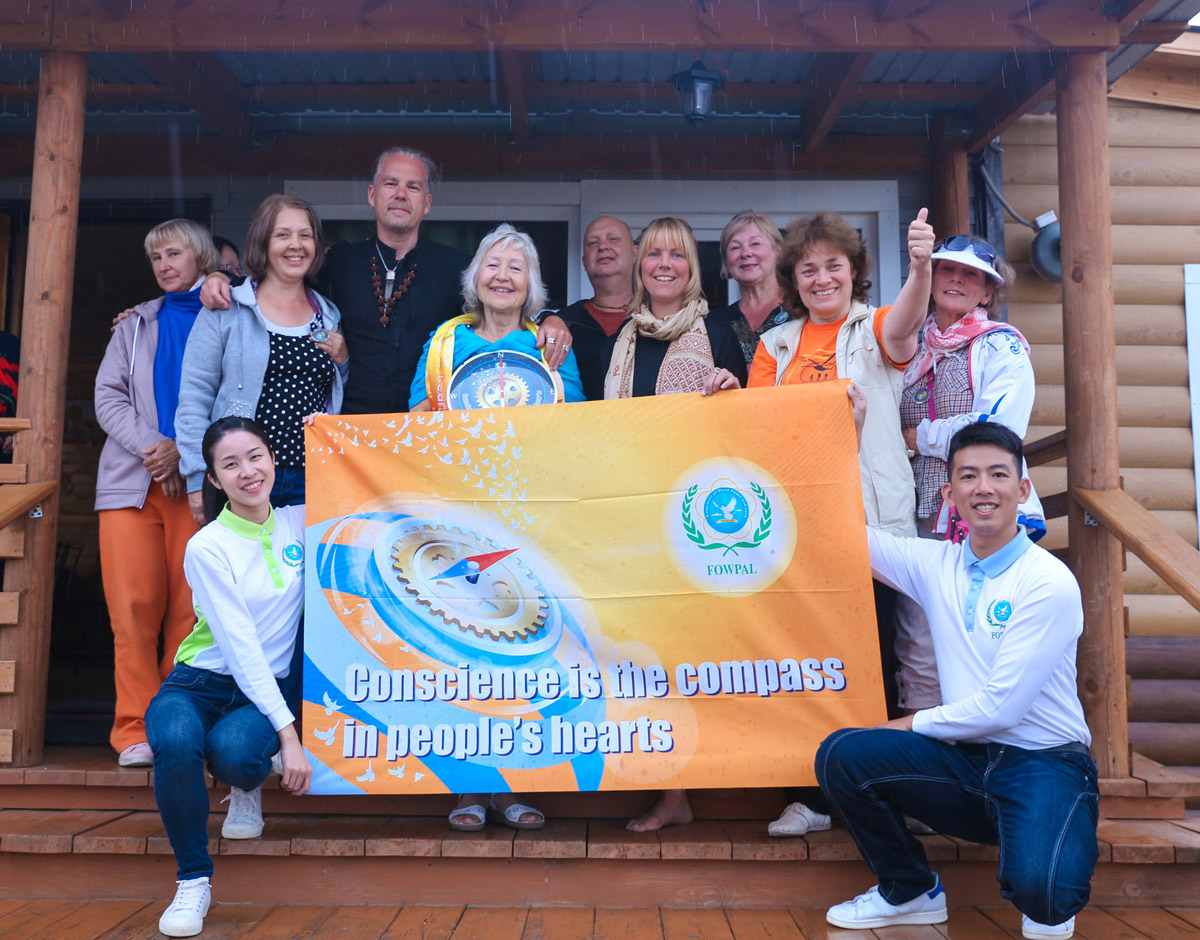 Most of the FOWPAL goodwill culture delegates were members of FOWPAL, an international peace organization devoted to promoting the idea of love and peace through various means, such as organizing summits, hosting ceremonies for ringing the Bell of World Peace and Love and conducting cultural exchanges. To date, the FOWPAL delegation, led by Dr. Hong, Tao-Tze, president of FOWPAL, has already visited 100 nations, spreading the message of love and peace throughout the world.

The UN International Day of Conscience 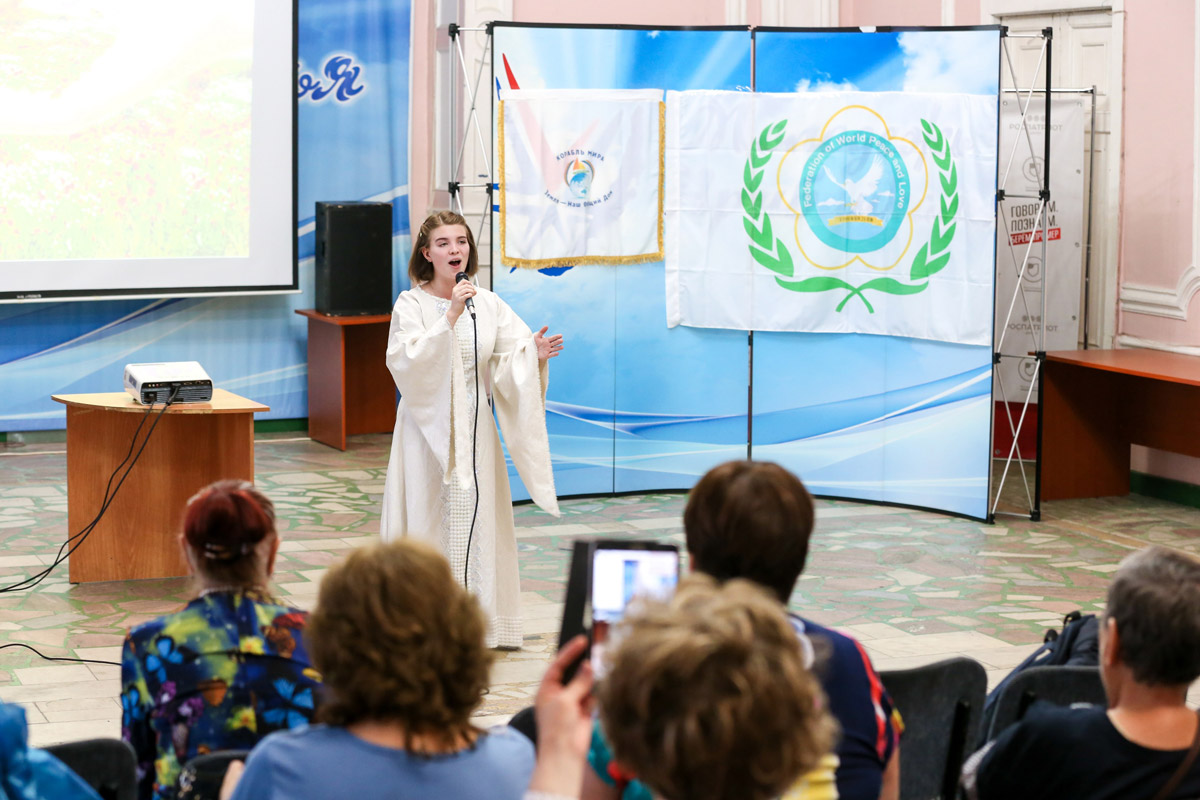 This is why, since April 5, 2018, the Permanent Mission of Bahrain to the UN, the Permanent Mission of Kiribati to the UN and the Federation of World Peace and Love (FOWPAL) have collaborated together on promoting a global culture of peace with love and conscience. They have come together to co-organize conferences at the United Nations in New York and Vienna to exchange views and consolidate ideas for world peace. 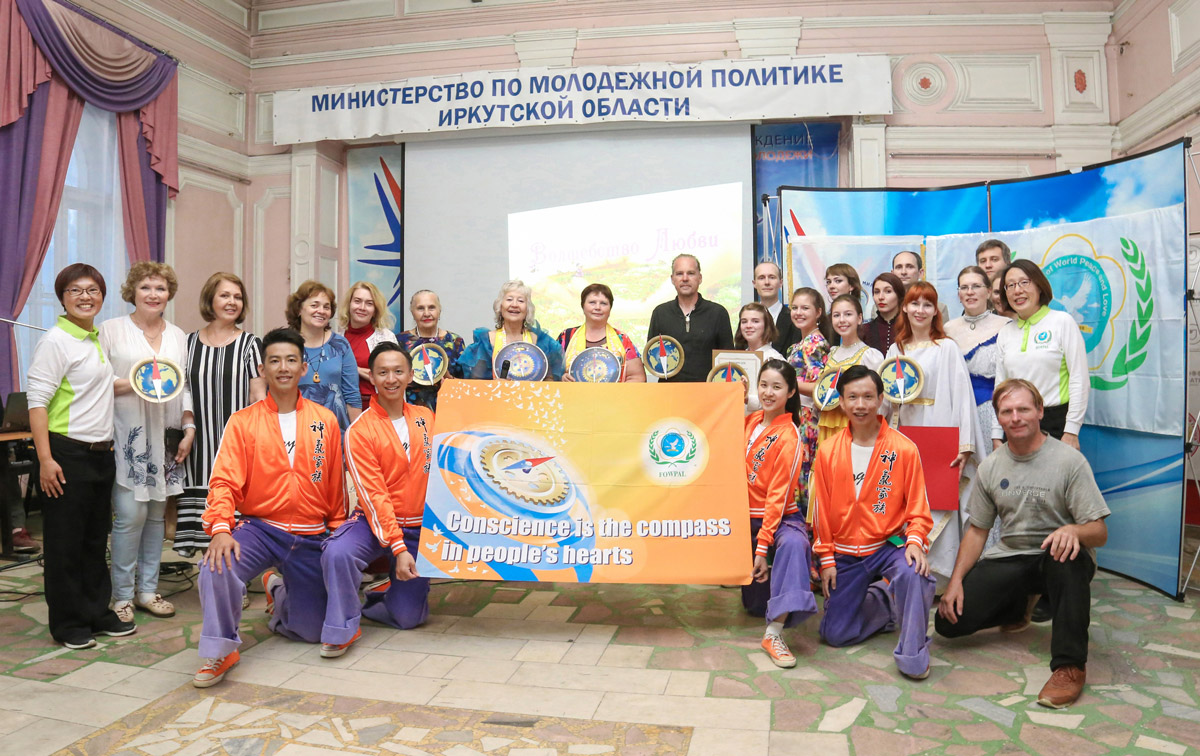 On July 31, 2018, during a discussion workshop including delegates from FOWPAL and 19 Permanent Missions to the UN, Dr. Hong proposed declaring April 5 the International Day of Conscience. On April 5, 2019, H.E. Mr. Anthony Carmona, former President of Trinidad and Tobago, and Ambassador Yusuf Abdulkarim Bucheeri of Bahrain officially proclaimed April 5 the International Day of Conscience at the UN in Vienna.