International Day of Conscience in Norway 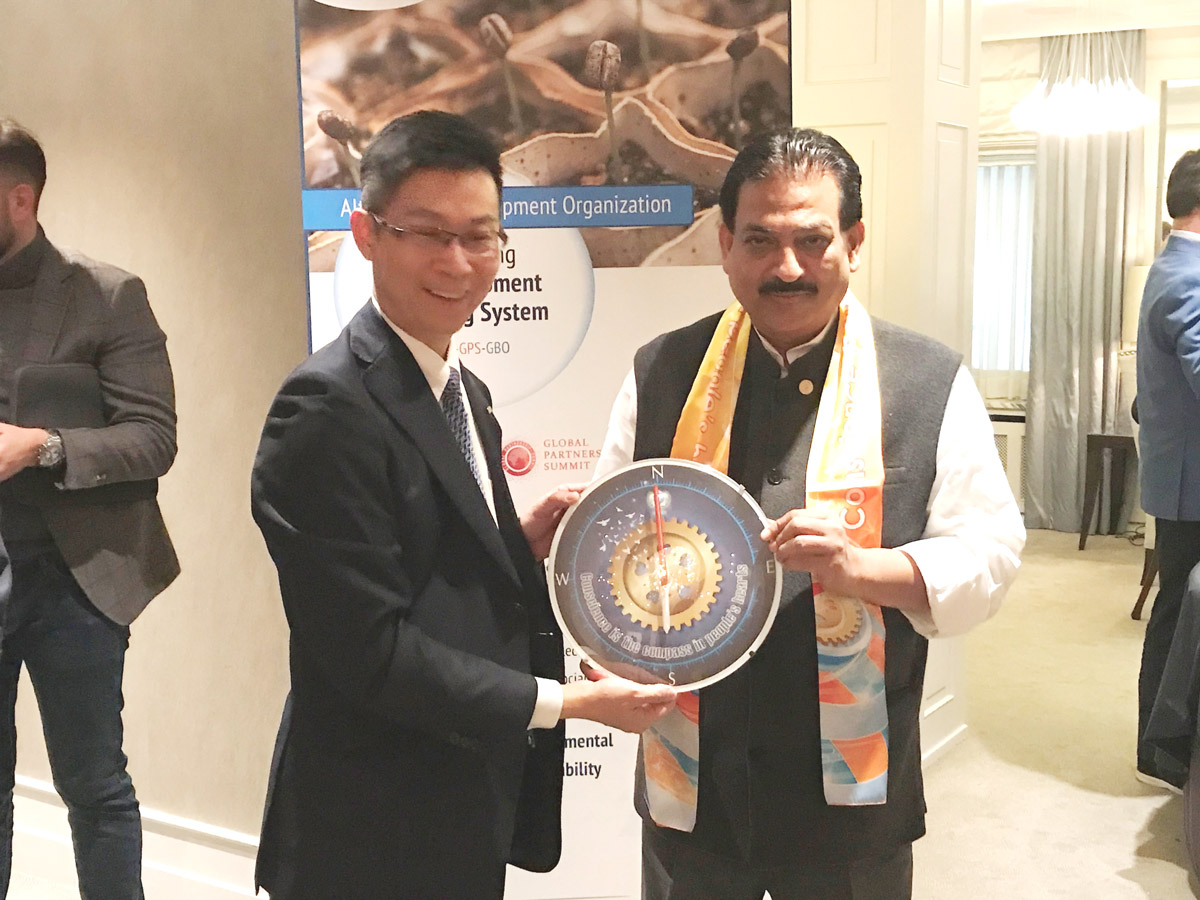 (Lin Zhiling, Norway) The current global development is in an imbalance of unlimited demand and limited resources. Sustainable socio-economic development is urgently needed. Alternative Development Organization (A.D.O.) had an official launch of the Global Blockchain Organization at the Hotel Continental in Oslo, Norway on December 11th, 2019. The spirit of "BLOCKCHAIN FOR HUMANITY" integrated the experiences of the old method and the development framework of the new one through the global partnership with countries around the world, making organizations of the global blockchain meet the standards of energy efficiency, environmental responsibility, and sustainability. The organization hosted the Global Partnership Summit (GPS), which brought together policymakers, opinion leaders, business leaders, media and academicians from various countries to derive and drive solutions for the challenges of a new socioeconomic framework by creating a ‘Micro Road Map for the Macro Vision’ that exists in the form of Global Partnership.

The preamble to the resolution adopted by the General Assembly at its 73rd session states that “The adoption of April 5th as an International Day of Conscience is a tool of mobilising the international community's regular efforts to promote peace, tolerance, integration, and understanding in order to build a sustainable world, based on peace, and solidarity and harmony”

Among the distinguished guests, there were H.E. Kitenge Yesu chez Tshisekedi, High Commissioner of the Presidential Palace of the DR Congo; T.I.R.H. Sandor, and Herta Habsburg-Lothringen, Chairman of the Flame of Peace; Linda C. Hofstad Helleland, Norwegian Minister of Districts and Digitalization; H.E. Diambi Kabatusuila, Queen of the DR Congo; H.E. Garba Gajam, Ambassador of Nigeria to Kuwait, etc. 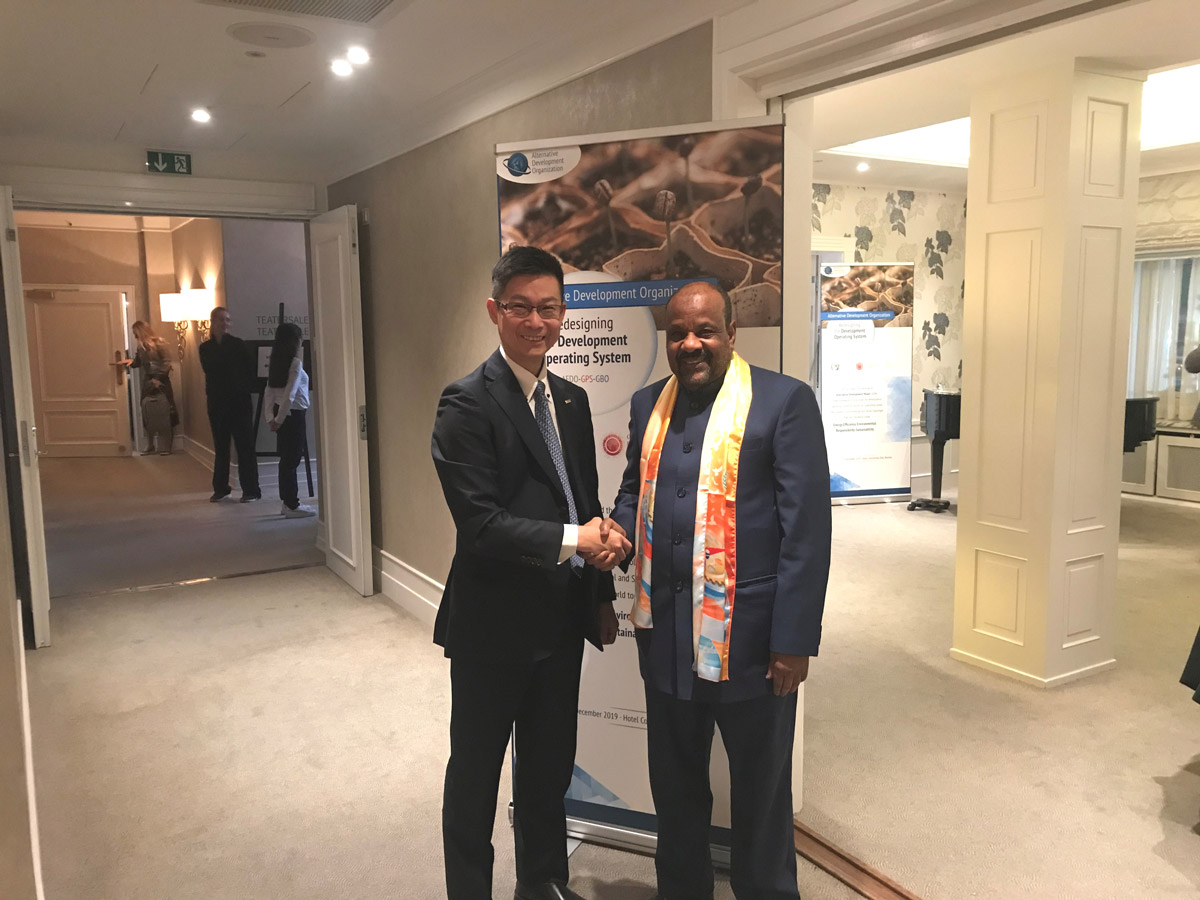 The President of ADO, Mr. Vibhav Kant Upadhyay was very impressed and agreed on the idea of changing the world with the conscience when FOWPAL volunteers shared the idea of International Day of Conscience and a video about FOWPAL traveling around the world to promote the movement and the meaning of the Compass Clock of Conscience.

President Upadhyay, Nigerian Ambassador Garba Gajam, Minister Linda C. Hofstad Helleland and Mayor Jogansen were presented the Compass Clock of Conscience. It is hoped that influential people around the world promote the International Day of Conscience and create the culture of peace with love and conscience together.

Vilde, a college student from Norway shared that conscience is very important because it can keep you away from danger, encourage self-love, love people around us and further change the world. She wanted to share love and conscience with her teacher and classmates when she returned to school.

When volunteers of FOWPAL waited for their transfer flights at the airport, they also shared the idea of International Day of Conscience with other passengers from different countries such as India, Thailand, and Norway, and they signed the Declaration of International Day of Conscience at once. One of the passengers from India said that he is a member of the Rotary Club, and he is eager to share the idea with other club members.

During this trip, the FOWPAL delegation has invited people from 16 countries to endorse the Declaration of International Day of Conscience, including tourists and Norwegian citizens. They also encouraged everyone to bring back the idea to their countries and further share it with others.

After the United Nations’ declaration of April 5 the International Day of Conscience on July 25, 2019, each month FOWPAL is engaged in various events to promote the day, including the 68th UN Civil Society Conference in Salt Lake City, Utah, USA  and events in Russia in August; celebrations in Los Angeles and San Francisco, the 17th World Summit of Nobel Peace Laureates in Mexico, and conferences at the UNHQ in New York during the 74th UN General Assembly in September; summits in Vienna and a peace trip to Turkey in October; the 20th International Conference of Chief Justices of the World in India in November; and the Grand Launch of the Alternative Development Organization Initiatives in Oslo, Norway in December.