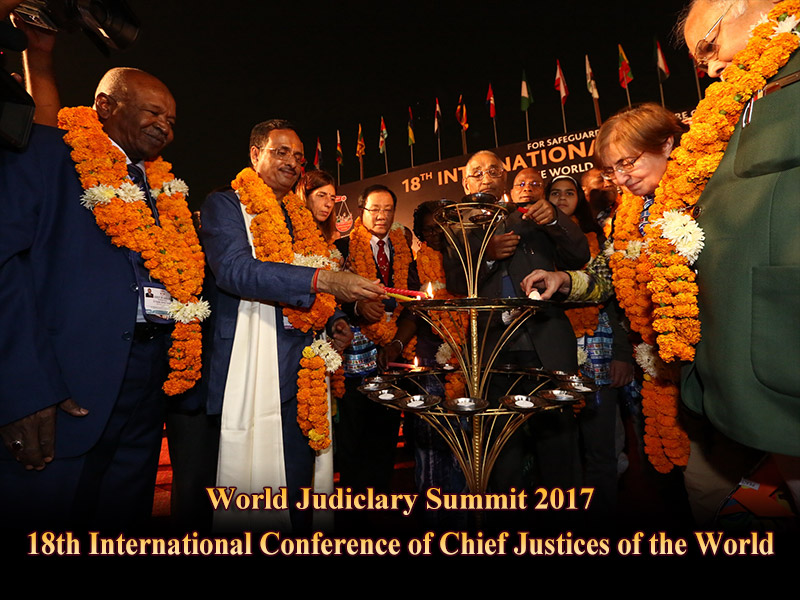 18th International Conference of Chief Justices of the World

To unite the world for a better future, the 18th International Conference of Chief Justices of the World in 2017 was held in India on November 8-14, and heads of state and government, chief justices, judges, lawyers, and other members of the legal communities from 60 countries arrived in Lucknow, India on Nov. 10 and were warmly welcomed. During the opening ceremony of the event on November 11, in particular, there was a ceremony of ringing the Bell of World Peace and Love, hosted by Dr. Hong, Tao-Tze, president of the Federation of World Peace and Love (FOWPAL). Six important leaders rang the Bell and made peace wishes, including the vice president of Guyana, a former prime minister of Lesotho, the speaker of the National Assembly of Mauritius, the speaker of the Parliament of Ghana, a former chief minister of Sri Lank’s Sabaragamuwa Province, and a judge of the International Criminal Court in the Netherlands.

2017 CULTURAL GOODWILL TRIPS OF LOVE AND PEACE TO EUROPE

Situated in the heart of Central Europe, Vienna is the world capital of music and home to many important international organizations. The headquarters of OPEC as well as one of the four UN offices are located here. On October 20, 2017, Vienna became an international city of peace when over 600 honored guests from 35 nations gathered in Wiener Rathaus, the city hall of Vienna, to attend the Flame of Peace’s annual reception. At the event, spectacular cultural exchanges were conducted, and global peace promoters were united to strongly call for world peace. 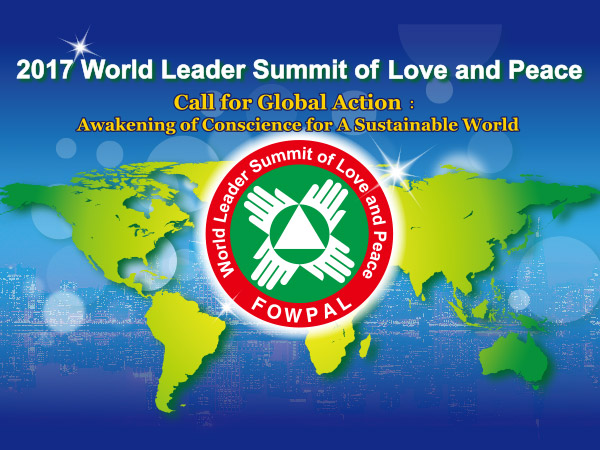 Under the theme of “Call for Global Action: Awakening of Conscience for a Sustainable World,” the event aims to facilitate dialogues of love and peace, find wise solutions to the world's most pressing problems, consolidate the kind intentions of the leaders, and encourage them to implement conscience-driven policies to improve the wellbeing of world citizens. 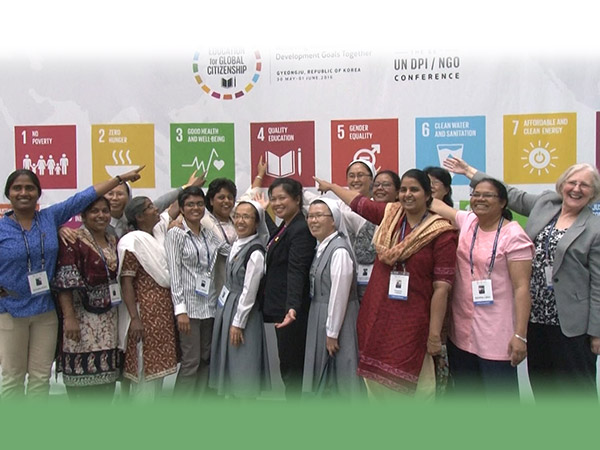 2016 World Summit of Love and Peace

The Education of World Citizens: Conscience and Culture

Members of the Association of World Citizens (AWC), the Federation of World Peace and Love (FOWPAL), and Tai Ji Men Qigong Academy have participated in annual NGO conferences and various UN meetings for many years. With the help of many other volunteer workers, we work to generate real actions intended to stop the Earth from sliding into an abyss, and host world summits held in concert with the conferences. For decades, the Cultural Goodwill Group of World Peace and Love, formed by members of AWC, FOWPAL and Tai Ji Men has traveled around the world to meet with world leaders and share with them the message that kind words and good intentions can change the world as well as practical ways to implement the idea. 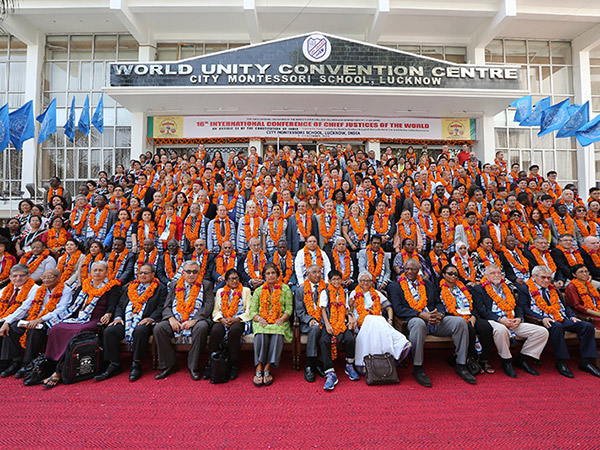 2015 International Conference of Chief Justices of the World

Encompassing the planet with love in an era of conscience

The 16th International Conference of Chief Justices of the World is one of the most significant international conferences of the world, and is scheduled to be held in Lucknow, India from 9th October to 12 October this year. It has been an auspicious beginning, for An Era of Conscience Movement has created an unprecedented historical record: people from 194 countries have responded to the movement, generating a positive butterfly effect to the world.