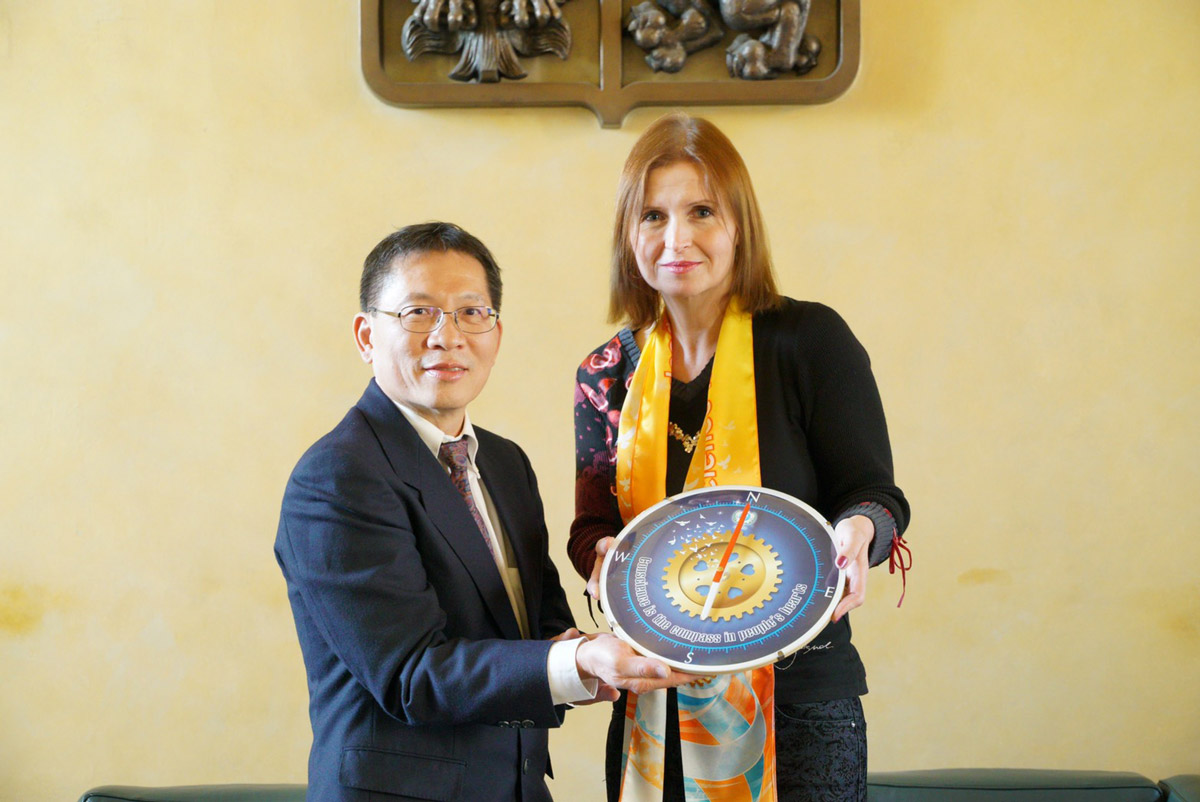 On the morning of April 3, they visited the Ministry of Foreign Affairs of the Czech Republic and were warmly received by Ms. Dana Bambulová, Assistant Secretary of Foreign Minister Tomáš Petříček on his behalf. This was the first time that Ms. Bambulová met with the FOWPAL delegation. On Minister Petříček's behalf, she was presented with a special clock, which is a compass of conscience, designed for the upcoming celebration of the first International Day of Conscience. 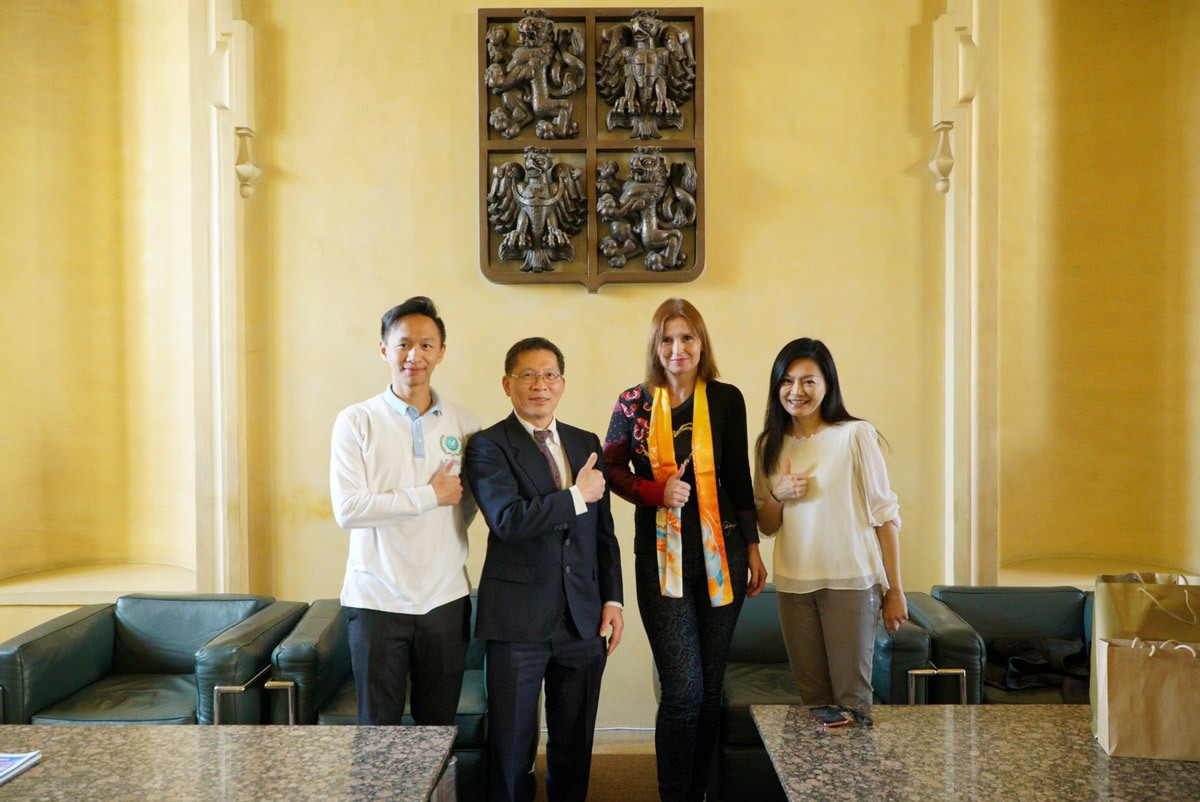 The clock symbolizes that all are encouraged to listen to the guidance of their conscience at all times. Ms. Bambulová stated that the clock is very significant and that she would forward it to the minister. She endorsed the Declaration of International Day of Conscience on FOWPAL's website and sent an email to FOWPAL, stating, “It was a true pleasure to meet you and learn about The Federation of World Peace and Love.” She also wished the global launch of the International Day of Conscience a great success.

Afterwards, the FOWPAL delegates visited Prague Castle. Dating back over 1,000 years, it is the world's largest ancient castle. Formerly the seat of kings of Bohemia and Holy Roman emperors, it is currently the official office of the President of the Czech Republic. Four FOWPAL representatives entered the majestic palace and was received by Mr. Petr Pirunčík, diplomat of the Ministry of Foreign Affairs of the Czech Republic, on behalf of H.E. President Miloš Zeman. 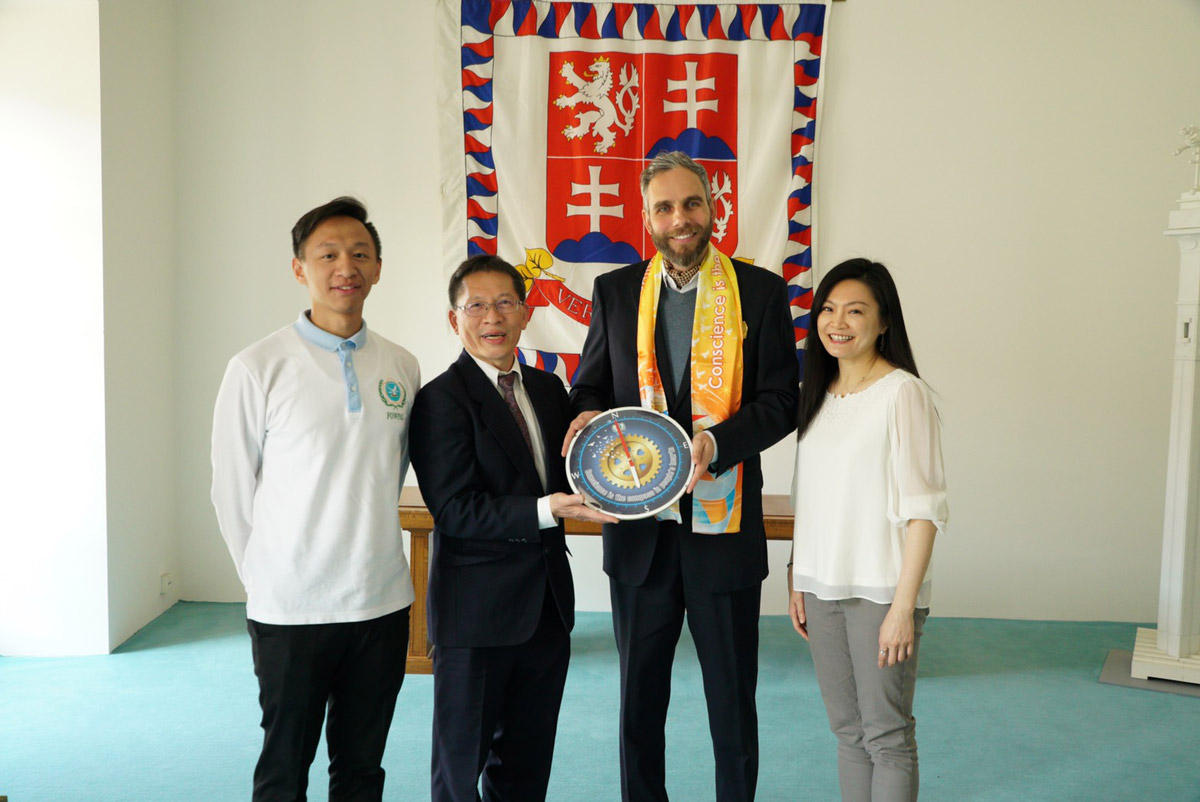 On behalf of Dr. Hong  , Tao-Tze, President of FOWPAL, the representatives extended his most sincere regards to President Zeman and invited His Excellency to attend the historic launch of the International Day of Conscience in Vienna. They presented Mr. Pirunčík with a special clock--a compass of conscience--as well. Mr. Pirunčík said that he would forward the clock and the message to President Zeman, who was in Vienna at the time. Mr. Pirunčík thinks that the Declaration of International Day of Conscience is very important and that leaders should follow the guidance of their conscience. He endorsed the declaration right away and took a picture with the FOWPAL representatives in front of the Flag of the President of Czechoslovakia (1990–1992), which is a historically significant flag and has two Latin words on it: VERITAS VINCIT, meaning “TRUTH WINS.” 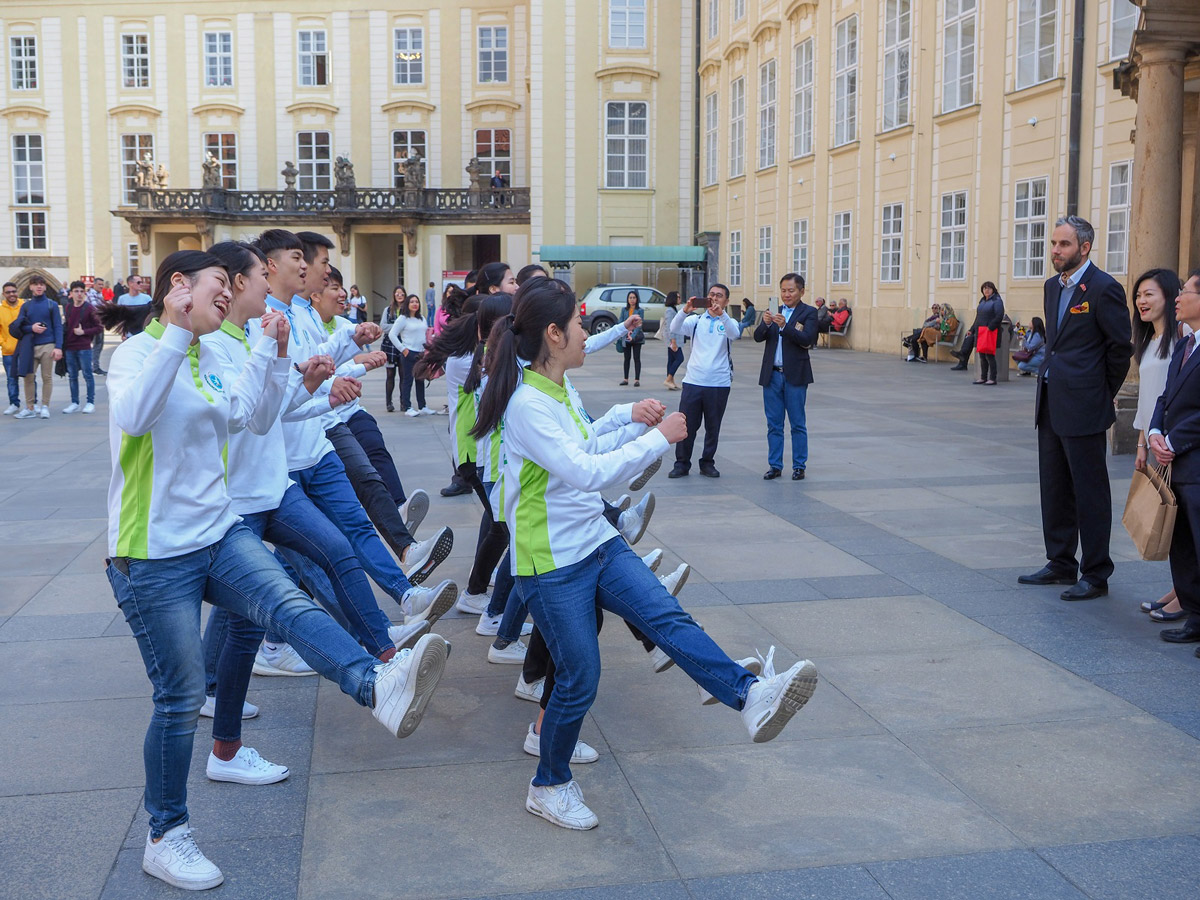 Later on, Mr. Pirunčík came out to the plaza to meet the other FOWPAL delegates. Young volunteers of FOWPAL were especially granted the permission to sing a song called “We Are One World” at the courtyard in front of the presidential office. They expressed their best wishes for the Czech Republic and the world as they sang, “Make a wish for love and peace . . .” Invigorated by their singing, Mr. Pirunčík praised the young volunteers and encouraged them to keep on promoting love and peace around the globe. He wished the delegates continued success on their trip. He shook hands with the young volunteers and chatted with them. He and the delegation had a group photo taken while making a hand sign that signified “following the guidance of conscience” in front of St. Vitus Cathedral. 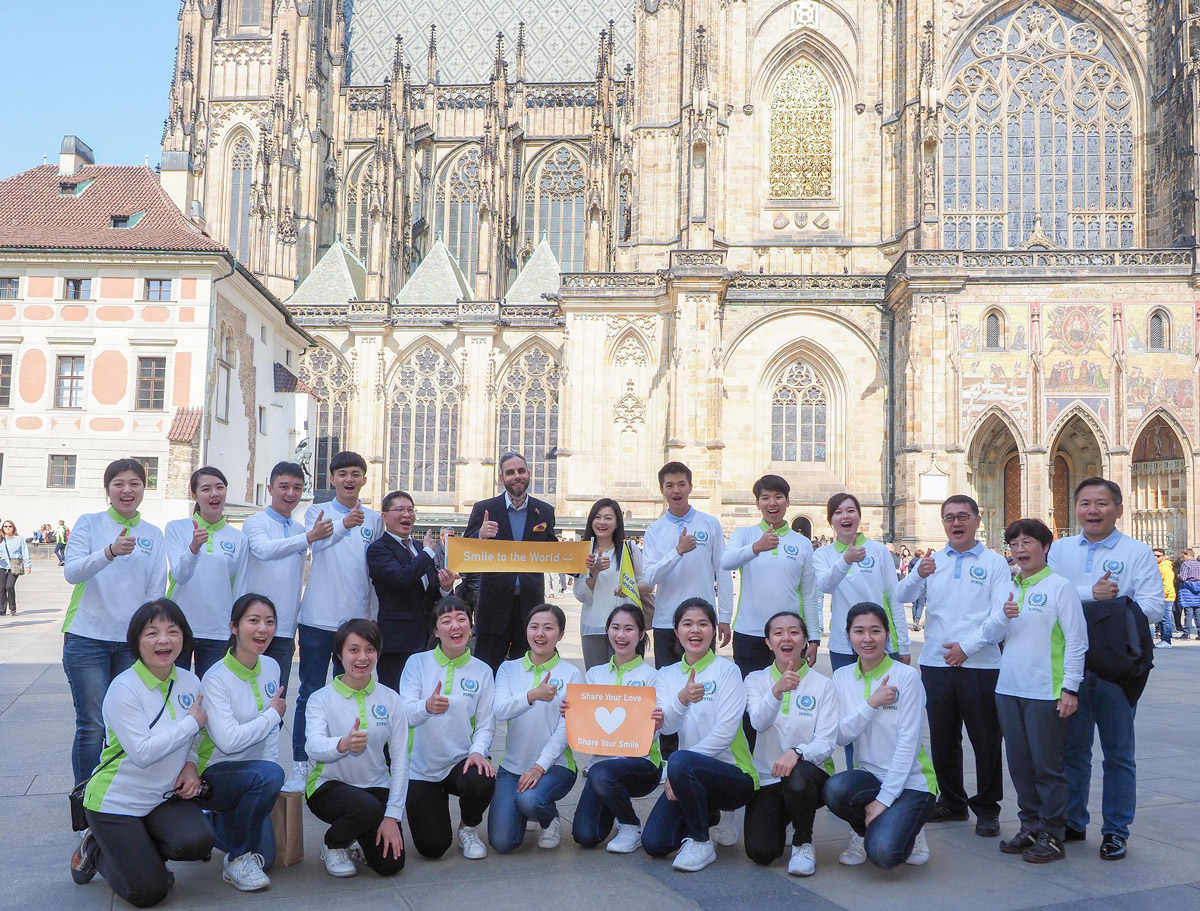 While in the Czech Republic, the FOWPAL delegates met with government officials in the Prague City Hall, the Ministry of Foreign Affairs, and Prague Castle. They also visited tourist attractions and presented 15 flash mob performances to promote the endorsement campaign for the Declaration of International Day of Conscience. At their invitation, over 130 people from 27 nations endorsed the declaration. Young delegates of FOWPAL conveyed the message of love and peace through music and dancing and invited people to make a hand gesture that represented “following the guidance of conscience” to spread positivity to the world.

After visiting the Czech Republic, the FOWPAL delegation will head to Vienna to continue spreading love and peace and celebrate the first International Day of Conscience.